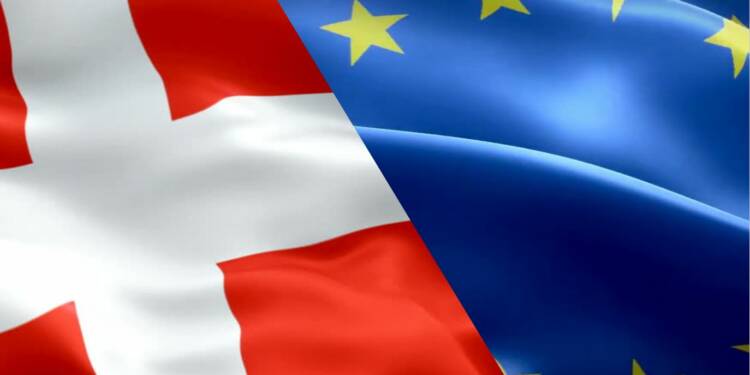 Denmark and the United Kingdom both joined the European Union on January 1, 1973. During debates in Brussels since then, Copenhagen has frequently allied itself with London on a variety of topics. However, the country has now lost a key partner within the EU as a result of Brexit.

As a result, political leaders and analysts in Denmark have highlighted the country’s potential vulnerabilities. Christel Schaldemose, a Social Democratic MEP, told DR that the UK’s exit from the EU was “sad” for the country. Another MEP, Morten Lokkegaard of the centre-right Liberals, claimed that the UK has served as Denmark’s “political big brother” in the EU.

Meanwhile, Josef Janning, a senior researcher at the European Council of Foreign Relations, emphasised how Denmark and the United Kingdom have shared their scepticism of Europe for years. He said: “Both countries have been sceptical for years about a centralised and federal Europe. “Both believe that the EU should be a trade market first and foremost.”

Marie Krarup of the right-wing Danish People’s Party even discounted Russia as the country’s greatest threat in 2016, blaming a fractious Brussels instead. When asked whether the EU was the biggest danger, Ms Kararup replied: “For Denmark? Yes, without a doubt! “Just Schengen alone is a catastrophe. It’s something that will make Denmark disappear from the world map if we don’t pull ourselves together.”

When asked whether the EU was the biggest danger, Ms Kararup replied: “For Denmark? Yes, without a doubt! “Just Schengen alone is a catastrophe. “It’s something that will make Denmark disappear from the world map if we don’t pull ourselves together. “That national borders have been disbanded is a threat against Denmark’s existence.”

She acknowledged that Russian President Vladimir Putin is “an exponent of a despotic, non-democratic system,” but she said she would appreciate his assistance in destabilising the EU for good. Ms Krarup said: “I don’t want an EU like the one we have now.”I want the EU buried and replaced by a forum for free trade. “That’s our policy. If Putin or Marine Le Pen can help with that, that’s just fine.”

Given Russia’s history of pressuring Denmark, the MP’s remarks carried much more weight. Putin approved two simulated attacks on the Danish Island of Bornholm in 2014 after the Russian air force had been involved in many near-misses with Danish passenger jets. More alarmingly, after Denmark joined NATO’s missile defence system in March 2015, Russia’s envoy to Denmark warned the country that it was a potential nuclear assault target.

Regardless, Ms Krarup’s remarks fueled calls for a Dexit referendum on the in or out. Following Brexit, opinion polls in Denmark changed dramatically, with 42 per cent of Danes advocating for a referendum.

Kristian Thulesen Dahl, also of the Danish People’s Party, said at the time: “I think it is very encouraging because it illustrates that many Danes are tired of the way the European Union works.  “I take it as a sign of commitment and belief in the future, that there are so many who believe we will have a vote on the EU.”