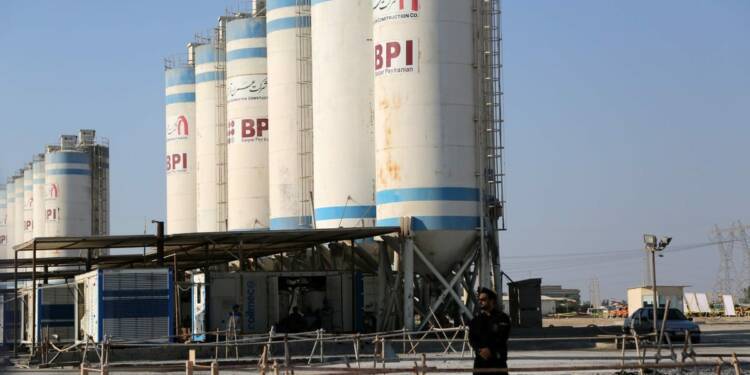 Despite Iranian denials, a sabotage operation against one of Iran’s Atomic Energy Organization (IAEO) buildings caused major damage, according to The Jerusalem Post on Wednesday night. Despite Iran’s claims that the sabotage failed and resulted in no damage or injuries during the day, the Post has received significant evidence to the contrary, which it cannot independently corroborate.

The embarrassment of being attacked by Israel over and over again is an issue for Raisi. His image is being built up by stating the fact that Raisi is a hardliner and a strong one at that. But Iran’s nuclear facilities have been a constant target for Israel because they pose a national security threat to Israel. However, Raisi cannot allow Israel to develop a weaker picture of the President-elect in front of the citizenry and especially at a time when Iran is trying to arm-twist the Biden administration into waiving all Trump-era sanctions. Raisi needs a strongman image to get control of things domestically and on the International stage but Israel has exposed his lies.

The Post further said that the hit site was most certainly one of Iran’s centrifuge manufacturing plants, a huge blow for the Islamic Republic’s nuclear weapons uranium enrichment programme. According to a 2017 report by David Albright, founder and director of the Institute for Science and International Security, and former International Atomic Energy Agency (IAEA) official Olli Heinonen, the People’s Mojahedin Organization of Iran revealed the location of one of Iran’s centrifuge manufacturing sites, known as the TABA site, near the city of Karaj, in 2011.

The three workshops at the property are also said to manufacture centrifuge components, according to the report. Later, in the institute’s report, it warns that Iran, “may have declared only those [sites] dedicated to current manufacturing of centrifuges. Iran declared centrifuge manufacturing activities at the TABA centrifuge production site near Karaj (see figure 3). The operational status and output of this facility is not reported in the IAEA reports on Iran.”

“Such flow forming and filament winding machines are used in military industries that are present in Iran, and Iran has acquired many of them. Thus, a key question is whether Iran is secretly making centrifuge rotor tubes and bellows at unknown locations, in violation of the JCPOA, and if it takes place, what the probability is that it goes without detection,” said the report.

A senior intelligence officer and an Iranian familiar with the attack told The New York Times on Thursday morning, hours after the Post article, that the attack targeted the Iran Centrifuge Technology Company, or TESA, one of the country’s primary centrifuge manufacturing plants. According to the article, TESA was on a list of targets submitted to the Trump administration by Israel last year.

Iranian authorities are claimed to be looking into the incident. The manner in which the attack was carried out is still unknown. According to the Iranian Mehr News Agency, a quadcopter was utilised in an effort to sabotage a building at the AEO, but it failed and was shot down.

The Iranian ILNA news agency said earlier in the day that a drone strike targeted the Barakat Pharmaceutical Industries complex in Karaj, which is producing a coronavirus vaccine, however, the information was later withdrawn from their website.

The report was retracted after a security agency called the news agency and informed them that the target was the AEO building, which is located next to the Barakat complex, and that no damage had been done.

The claim was taken down after a security agency contacted ILNA and notified them that the target was the AEO building close to the Barakat complex and that no damage had been done. According to a source acquainted with the incident, it was carried out by a quadcopter that appeared to have taken off from within Iran, not far from the target site.

Read More: Iran is set to elect Ebrahim Raisi as the new President. Relations with Arab world and Israel are bound to worsen

On Wednesday, an informed source from the Khatam al-Anbia Joint Air Defense Base denied the incident was a drone attack, telling Iranian media that it was most likely a sabotage attempt. Despite Iranian statements on Wednesday, the Islamic Republic initially misled the international media in July 2020 and April 2021 in an attempt to conceal sabotage operations at critical nuclear facilities in Natanz.

Iranian officials initially claimed that the damage was small and the result of a normal accident in both cases. Only a few days after the two Natanz events, when The Post and others disclosed the true magnitude of the damage, these officials confirmed that Iran’s centrifuge programme for enriching uranium had been severely hampered. Both operations were linked to the Mossad by foreign sources, which the Post was able to verify.

This latest incident may jeopardise his efforts to project a strong image — or it may embolden him to purge political enemies from the outgoing administration. The tragedy occurs just days after Iran’s Bushehr Nuclear Power Plant was forced to shut down due to a power outage.

According to the Iranian Fars News Agency, the power plant was temporarily shut down and isolated from the national electricity system due to a technical issue. The facility would be reconnected to the electrical system in a couple of days, according to the organisation. The Bushehr power facility was still undergoing maintenance as of Tuesday.

The information on the IAEO facility comes at a critical time for Tehran. On the one hand, the United States, Iran, and world powers recently concluded a sixth round of talks in Vienna to resolve the nuclear dispute, with no more meetings planned. According to leaks from all parties involved in the negotiations, a deal might be reached between now and mid-August, when a new Iranian administration enters the control.

However, there are clearly still divisions between them, and this recent episode, regardless of who is to blame, could either weaken Iran’s negotiation position or erode trust between the parties. Furthermore, on Saturday, Ebrahim Raisi was declared the winner of Iran’s presidential election, and he has been giving speeches and attempting to present a forceful image on the international stage.