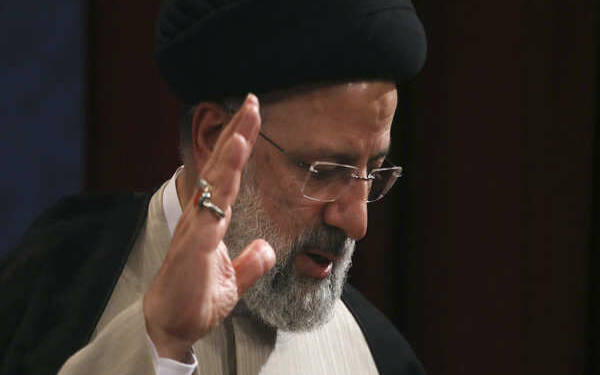 Israel is having problems determining whether Iran is on the verge of reaching a new nuclear deal, or whether Ebrahim Raisi’s election as president indicates a radicalization that will cause the talks to collapse and Tehran to accelerate its nuclear weapons development. The first sign should come on Thursday when the agreements allowing the International Atomic Energy Agency to continue monitoring Iran’s nuclear facilities come to an end. If Iran agrees to prolong those agreements – which it does not appear to be inclined to do at the moment – it will signal a desire to strike a new nuclear deal, according to Israeli officials.

Abbas Araghchi, Iran’s deputy foreign minister, declared a pause in the nuclear talks on Sunday to allow for deliberations with the Iranian leadership. He stated, “We are now closer to an agreement than we have ever been.” “However, closing the gap that now exists between us and an agreement is not a simple task.”

Three alternative possibilities for what happens next have been offered by Israeli intelligence agencies. One possibility is that Iran actually wants to sign the agreement, but is waiting for Raisi to assume office in August so that he can take credit for it and gain international legitimacy.

The second is that the discussions are likely to fail, since Raisi’s victory, a hardliner who was Iran’s supreme leader Ali Khamenei’s favourite choice, signals Tehran’s intention to make radical new negotiating demands that the international community will find difficult to accept.

The third theory, which is supported by certain international sources, is that the Iranians are currently deceiving the world. In this scenario, Iran will purposefully hold down the talks, allowing them to drag on for several months longer while boosting its attempts to reach key nuclear milestones that can subsequently be used as bargaining chips.

This is in line with US Secretary of State Antony Blinken’s warning two weeks ago that if agreements to rein in the Iranian nuclear programme aren’t reached soon, Iran’s “breakout time” might be reduced to a matter of weeks. This term refers to the amount of time Tehran would need to enrich enough uranium to create one nuclear bomb; it does not include other components such as a detonator.

Speaking at a congressional hearing on June 7, Blinken said, “It remains unclear whether Iran is willing and prepared to do what it needs to do to come back into compliance.” Meanwhile, he continued, “Its program is galloping forward. … The longer this goes on, the more the breakout time gets down … it’s now down, by public reports, to a few months at best. And if this continues, it will get down to a matter of weeks.”

Israel is now waiting to learn what the outcome of the IAEA inspections will be. Inspections are now permitted under a short-term deal reached between the CIA and Iran in February. In May, it was renewed for another month, but it is set to expire on Thursday.

IAEA Director General Rafael Grossi has stated that the organisation is having difficulty negotiating with Iran for another month’s extension. When asked about the prospects of this happening, he answered, “I think it’s becoming increasingly difficult.”

The IAEA will have access to the cameras installed in Iranian nuclear facilities under the temporary arrangement, but it will have limited access to the facilities themselves. Although the cameras are still operational, Iran has insisted on storing all footage until a new nuclear deal is reached. Last month,

Iran’s state-run media reported that Tehran will allow the IAEA to examine the tape and will not erase it unless and until the United States relaxes the sanctions imposed by previous President Donald Trump. Blinken has been encouraged by Iranian Foreign Minister Mohammad Javad Zarif to lift the sanctions, which include ones that were personally placed on the heads of Iran’s Revolutionary Guards.

Besides, Iran’s President-elect Ebrahim Raisi, a renowned radical and fervent backer of Supreme Leader Ayatollah Ali Khamenei’s nuclear ambitions, has also issued a clear message to US President Joe Biden: Tehran will not negotiate over its ballistic missile programme, nor will it stop funding regional militias.

Joe Biden’s underlying desire to resuscitate the 2015 nuclear deal is also recognized by Iran’s President-elect Ebrahim Raisi. As a result, he intends to extract as much leverage from the United States as possible. “The U.S. is obliged to lift all oppressive sanctions against Iran,” Raisi declared in his first press conference. Moreover, when asked about meeting with the US President Raisi clearly said “no”.

Moreover, Anthony Blinken, US Secretary of State, had earlier stated that Iran was close to achieving enrichment for weapons-grade uranium. He warned that unless Iran stops enriching fissile uranium, it may acquire a nuclear bomb in “a matter of weeks.”

“It remains unclear whether Iran is willing and prepared to do what it needs to do come back into compliance,” US Secretary of State Antony Blinken said. “Meanwhile, its program is galloping forward. The longer this goes on, the more the breakout time gets down. It’s now down, by public reports, to a few months at best. And if this continues, it will get down to a matter of weeks.”

With Raisi now all set to become the Iranian President, Iran’s determination to not cede any concessions will be emboldened. And while the Biden administration plays a game of tug of war with Iran, Iran can simply use this time and produce the weapons it has for so long desired. Moreover, Israel’s inability to determine whether Iran wants to rejoin the deal anymore or not, after opposing the deal from the get-go is a sure shot sign that Iran is only looking forward to producing weapons and the JCPOA deal is a distant priority.