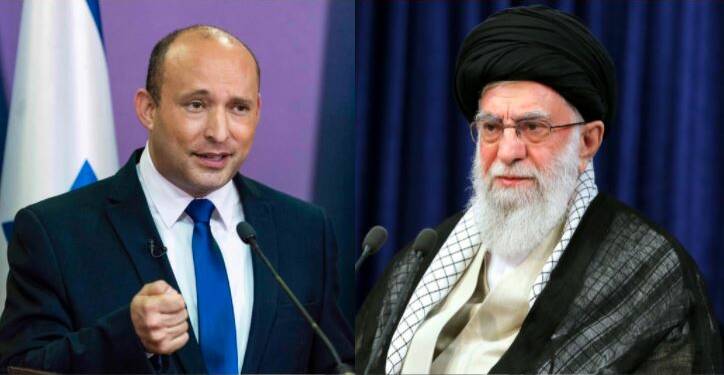 Iran’s nuclear ambitions have faced a fresh setback. On Saturday, Channel 12, an Israeli news network, quoted a senior security official as saying, “There will be no choice [now] but to go back and prepare attack plans for Iran’s nuclear program. This will require budgets and the reallocation of resources.” Now, it is being reported that Iran’s only nuclear power plant, Bushehr, faced an unexplained emergency shutdown that began on Saturday itself. The Israeli threat to target nuclear facilities in the Shi’ite country was essentially a reaction to the election of Ebrahim Raisi, an Ayatollah-backed ultraconservative staunch supporter of Iranian nuclear ambitions, as Iran’s President.

Even though it is difficult to verify if the Bushehr shutdown is a handiwork of Israeli operatives, the timing of the incident speaks a lot and really serves as a warning to Iran’s incoming President Ebrahim Raisi.

Gholamali Rakhshanimehr, an official from State electric company Tavanir, disclosed that the Bushehr shutdown began on Saturday and would last “for three to four days.” He also said that power outages could occur, but again no reasons were disclosed.

The shutdown is bound to shake the Iranian establishment. This is the first time that the nuclear power plant located in the port city of Bushehr had to be shut down.

Meanwhile, Tavanir released a statement and said that the Bushehr plant was being repaired. As per the State electric company, the repair work would continue till Friday. So, Iran’s President-elect Ebrahim Raisi isn’t being given a very kind welcome.

It won’t be a matter of surprise if Israel is the one involved in orchestrating the Bushehr nuclear power plant shutdown. In fact, there has been a spate of accidents in Iran over the recent past and incidentally, all of them relate to Iran’s military assets or nuclear ambitions against Israel.

Israel’s former Prime Minister Benjamin Netanyahu had mounted trouble on Iran at the fag end of his tenure as Israel’s Prime Minister.  In April, the Natanz nuclear facility in Iran had suffered an ‘accident’. Later, it became close to certain that Israel and its spy agency – Mossad were involved in the power blackout which Iran’s most important and secure nuclear facility suffered.

Israel also seems to have been involved in Behrouz Kamalvandi, a spokesman for the Iranian Atomic Energy Organisation, meeting with a rather extreme accident, during a visit to the Natanz facility.

And earlier this month, another such ‘accident’ took place in Iran. An explosion and fire were reported at the Zarand Iranian Steel Company in eastern Iran on Saturday night.

Now, it seems that Naftali Bennett is also pushing the same set of policies against Iran, despite being a coalition PM. Bennett is hardly as influential as Benjamin Netanyahu, but he must have noticed how a moderate administration was voted out in Iran. A panel under the control of Supreme Leader Ayatollah Ali Khamenei disqualified Raisi’s fiercest competitors.

Ayatollah actually gamed the elections in Raisi’s favour, and an unusually low voter turnout of 48.8% showed how Ayatollah’s support helped Riaisi in securing power. For the first time in several years, Iran is turning really radical. And the election of Ebrahim Raisi as the next Iranian President brings clergy, IRCG and the legislature on the same page. Iran is going to get very radical from here and this is why Israel is preparing itself.

Therefore, Bennett is showing that he will not let a radical Iranian regime threaten Israel’s security. Also, the latest shutdown at Iran’s sole nuclear power plant could be an answer to Iranians, who were literally celebrating Netanyahu’s ouster and perhaps even hoping that a stronger leadership in Iran, as opposed to a fragile coalition in Israel, could change things.

Even the incumbent Israeli Prime Minister will not let a hardline regime in Iran pursue nuclear ambitions, and if the Bushehr shutdown is any indication, Bennett would effectively continue Netanyahu’s aggressive Iran policy.

Commodity prices are out of CCP’s control in China, so now it is releasing copper, aluminium and zinc reserves