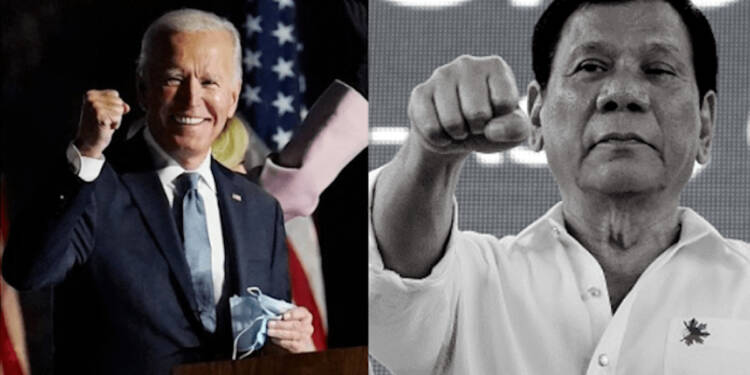 Joe Biden for the early months of his career as the US President had de-stabilized all the regions and made the US allies jittery. In the Indo-pacific too, going easy on China and stepping back on the support that the US should have provided to the ASEAN member countries made these Asian allies look for other viable options. However, now it seems that Joe Biden has realised his blunder and is trying to win back the trust of Southeast Asian allies one step at a time, starting with the Philippines.

The Pentagon said on Thursday that the US State Department has approved the sale of F-16 fighter jets, as well as Sidewinder and Harpoon missiles, to the Philippines in three separate deals worth more than $2.5 billion. The F-16 and the SAAB Abs (SAABb.ST) Gripen are being considered by the Philippines for a new multi-role fighter jet. The announcement comes as the US attempts to renew an agreement with the Philippines that governs the United States’ troop presence in the country, which is key to Washington’s effort to offset China’s growing influence in Asia.

The US announcement comes as the United States seeks to renew an agreement with Manila governing the US troop presence in the country, which is critical to Washington’s strategy to counter ever-expanding Chinese activity in the region. It was only last week, the Philippines again suspended for another six months a move to scrap the two-decade-old Visiting Forces Agreement (VFA) that had been due to expire in August. The recent developments are seeing Russia becoming an option for weapons supply and as it happens, the US position will further weaken in the region.

In the face of increased Chinese Communist Party belligerence, the South East Asian countries are looking for the means to hold on to their own. If the reports are to be believed, then Russia could be providing its stealth Su-57 fighter jets to Southeast Asian nations like the Philippines, Vietnam, Malaysia, Indonesia and Myanmar. Rosoboronexport does not appear to want to reveal which Southeast Asian countries they are currently negotiating with, as this could jeopardise ongoing negotiations.

In the face of all this, it could be a bribe for Duterte, because he had said before, that if you want to be a part of negotiations between China and the US, first explain what Obama did before in 2012. The Pentagon said that the Philippines requested to buy 10 F-16C Block 70/72 aircraft and two F-16D Block 70/72 aircraft made by Lockheed Martin Co (LMT.N). That package, which includes spares and training, is valued at up to $2.43 billion.

Read more: Russia could be providing Sukhoi-57 fighter jets to the Philippines, Vietnam, Malaysia, Indonesia and Myanmar to take on the China challenge

On Thursday, the Pentagon informed Congress of the possibility of selling two missile packages to the Philippines. One contract was worth up to $120 million and included 12 Harpoon Air-Launched Block II Missiles, two training missiles, spares, and equipment from Boeing (BA.N). Another contract, at up to $42.4 million, was for 24 AIM-9X Sidewinder Block II tactical missiles, 24 training missiles, and replacement components from Raytheon Technologies (RTX.N). Having the ability to rotate troops is important not only for the defence of the Philippines but strategically for the United States when it comes to countering China’s increasingly assertive behaviour in the region.

Biden is unofficially bribing the Philippines to let the US have some control in the Indo-Pacific. The F-16 will boost Manila’s strategic cooperation with Washington and allies, according to Lockheed Martin, while also allowing the Philippines to join other Southeast Asian F-16 operators.