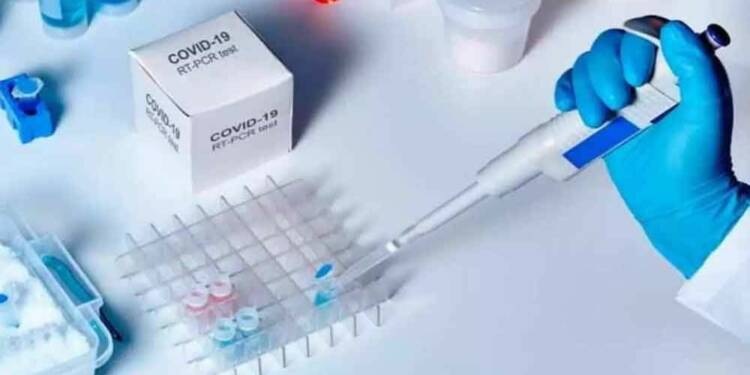 Segments of the SARS-CoV-2 virus cannot be detected if the test is performed at a 35 Ct threshold or higher (as recommended by the WHO), which means that ALL of the so-called confirmed “positive cases” reported in the last 14 months are invalid.

Following the suggestions of a Virology research committee financed by the Bill and Melinda Gates Foundation, the WHO adopted the Real Time Reverse Transcription Polymerase Chain Reaction (rRT-PCR) test on January 23, 2020, as a technique of detecting the SARS-COV-2 virus. The WHO retracted one year later, on January 20th, 2021. They didn’t utter things like “We Made a Mistake.” The retraction has been carefully crafted.

While the WHO does not reject the legitimacy of their deceptive January 2020 rules, they do urge “Re-testing,” which is impossible as we all know. The number of amplification threshold cycles (Ct) is a disputed issue. According to Pieter Borger and colleagues: The number of amplification cycles [should be] less than 35; preferably 25-30 cycles. In the case of virus detection, >35 cycles only detect signals which do not correlate with the infectious virus as determined by isolation in cell culture… (Critique of Drosten Study)

The World Health Organization (WHO) tacitly accepts that ALL PCR tests with a 35 cycle amplification threshold (Ct) or higher are invalid. But that’s what they suggested in January 2020, after consulting with the virology team at Berlin’s Charité Hospital.

Below is the WHO’s carefully formulated “Retraction”: WHO guidance Diagnostic testing for SARS-CoV-2 states that careful interpretation of weak positive results is needed. The cycle threshold (Ct) needed to detect the virus is inversely proportional to the patient’s viral load. Where test results do not correspond with the clinical presentation, a new specimen should be taken and retested using the same or different NAT technology.

This isn’t a case of “weak positives” and “increased risk of false positives.” The issue is a “Flawed Methodology” that leads to inaccurate projections.

The WHO’s statement shows that a PCR test’s estimation of covid positive (with an amplification threshold of 35 cycles or higher) is incorrect. In that circumstance, the WHO advises retesting: “a new specimen should be taken and retested…”

This is a Pro-forma recommendation. It’s not going to happen. Beginning in early February 2020, millions of people throughout the world will be tested. Nonetheless, we must infer that those estimates (according to the WHO) are invalid unless they are retested.

Following the WHO’s January 2020 recommendations, the PCR test has been used at a Ct amplification threshold of 35 or higher since the beginning. This indicates that, for the last 12-14 months, the PCR methodology used around the world has resulted in the generation of erroneous and misleading Covid data. And these are the figures that are used to track the spread of the so-called “pandemic.” The test will not detect viral fragments if the amplification cycle is 35 or higher. As a result, the official “covid numbers” have no meaning.

It follows that there is no scientific basis for confirming the existence of a pandemic. This in turn means that the lockdown / economic measures which have resulted in social panic, mass poverty and unemployment (allegedly to curtail the spread of the virus) have no justification whatsoever.

“The probability that such result is a false positive is 97 percent,” as stated above: As a result, applying the >35 cycles detection will unavoidably contribute to an increase in the amount of “false positives.”

Despite the WHO’s retraction, the PCT test is widely utilised to inflate figures in order to maintain the fear campaign and justify continuous lockdown policies as well as the Covid vaccine’s adoption. Ironically, the faulty data based on “invalid positives” are now being modified to ensure that Covid positives continue to rise. Furthermore, those PCR tests aren’t always accompanied by a medical diagnosis for the patients being tested.

As part of their marketing campaign in promotion of the Covid-19 Vaccine, national health officials have now released (false) warnings of a “Third Wave.” The Covid PCR test protocol, as used, is invalid, according to the WHO. There is no scientific basis for the Covid Vaccine to be used. Both the WHO and Pieter Borger et al’s scientific assessment (mentioned above) demonstrate categorically that the tests used by governments to justify economic closure and destabilisation are invalid.