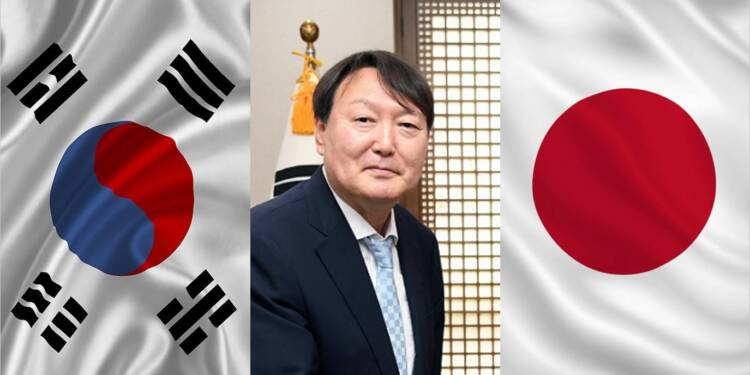 South Korea is getting ready for the elections next year, and as the prospects of the current President Moon Jae-in has taken an insurmountable dip, many interesting people are announcing their candidature in the conservative bloc.  Yoon Seok-youl, South Korea’s former chief prosecutor, declared his candidacy for president in next year’s election, pledging to seek a “grand bargain” to resolve the country’s many contentious historical issues with Japan. His being part of the conservative bloc naturally makes him an anti-China personality, and because of this, his election would be highly supported by the allies world over.

“Since the normalization of diplomatic relations, ties have deteriorated to the point where it is impossible to recover,” Yoon told reporters in Seoul on Tuesday. If elected president, he said, “We should approach [Japan] with a grand bargain that puts all the related issues such as comfort women, forced labour, security cooperation and trade on the table.” And in his statements, he squarely blamed the Moon Jae-in government for bringing the relations to the worst point in history.

Yoon said that under President Moon Jae-in, relations with Japan have fallen to their worst since the countries normalized ties in the 1960s. “I think we need to have regular meetings for Korea-Japan relations in the fields of defence, foreign affairs and economy, as we do with the U.S.,” Yoon said.

The political future of Moon Jae-in and the condition of his progressive bloc is in a very problematic situation. President Moon Jae-in’s approval ratings have plummeted to historic lows, owing to the insider land trade scandal, as well as ballooning home prices and growing inequality. His party also lost badly in critical mayoral elections in April. In a public apology last week, Prime Minister Kim Boo-kyum announced that as part of an intra-agency probe, 20 persons had been arrested and 529 had been submitted to prosecutors, including 90 members of parliament and high-level and local government officials.

South Koreans hate China more than any other global power on this planet, including Japan. People in South Korea are afraid of China’s “cultural imperialism” wherein Beijing tends to appropriate Korean cuisines, national heroes, and even Korean clothing. In such circumstances, Moon Jae-in’s China ‘pivot’ is not at all resonating with the popular opinion of China in South Korea. On the other hand, the Conservatives are happily cashing in on Moon Jae-in’s blunder.

Yoon, who has been a constant thorn in the president’s side, announced that he is ready to run for the White House, arguing that Moon’s liberal government has destroyed principles and law and order. After arguing with Moon over probes into his associates and the government’s effort to curtail prosecutors’ authority, the 60-year-old veteran prosecutor resigned from his position four months ago. Yoon is a strong candidate for the opposition, with many conservatives backing him because of his comprehensive investigation of former Justice Minister Cho Kuk, President Moon’s close ally. Cho was charged in 2019 with falsifying internship credentials to help his daughter gain admission to a Busan medical school. A Seoul district court is currently hearing his case.

Yoon received 32.2 per cent of the vote in a Realmeter poll last week, making him the most popular presidential contender. Lee Jae-myung came in second with 22.8 per cent, followed by Lee Nak-yon with 8.4 per cent. Lee Won-deog, a professor of Japanese Studies at Kookmin University, said Yoon’s talk of a grand bargain was aimed at pursuing cooperation with Japan in the fields of security and diplomacy.

“I think it is a solution that would involve South Korea resolving issues of forced labour and comfort women proactively, while Japan ends export controls [of key components for the semiconductor industry],” Lee told Nikkei Asia.

These stances and the inherent inclination towards the conservative bloc making him a textbook case of North Korea and China sceptic and a supporter of the US alliance system in the region makes him all the more of a desirable candidate from the eyes of allies. And as things are panning out, he could very well be the next President of South Korea.