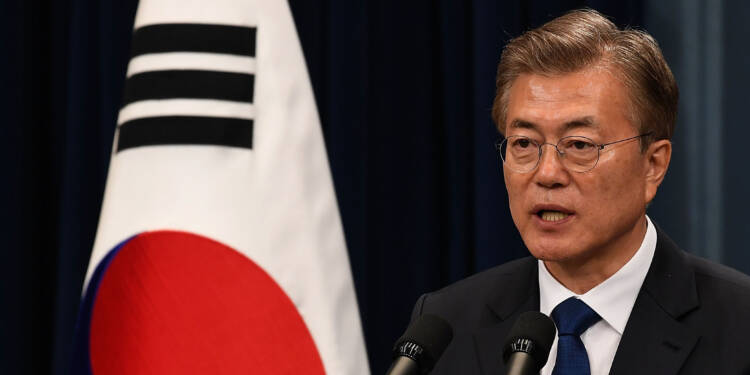 The world is going through a pandemic and everywhere the views of people regarding their leaders too are in transition. While there is a general dip in the acceptability ratings of many leaders, one that catches the eye is the catastrophic drop of President Moon Jae-in in his popularity ratings. At a time when the problems were not subsiding, another storm has hit the ruling party. Twelve South Korean lawmakers have been asked to leave the ruling Democratic Party, including a former activist for “comfort women,” after a local watchdog said the politicians are suspected of conducting illegal real estate transactions (land scandal).

President Moon Jae-in’s approval ratings have plummeted to historic lows, owing to the insider land trade scandal, as well as ballooning home prices and growing inequality. His party also lost badly in critical mayoral elections in April. In a public apology last week, Prime Minister Kim Boo-kyum announced that as part of an intra-agency probe, 20 persons had been arrested and 529 had been submitted to prosecutors, including 90 members of parliament and high-level and local government officials.

According to News 1, lawmaker Yoon Mi-hyang, the former president of the Korean Council for Justice and Remembrance for Issues of Japanese Military Sexual Slavery, is suspected of registering a house in the name of a third party. On Tuesday, Yoon claimed on Facebook that the party restricts all members to own only one residential real estate property per household. Yoon said she bought the house in Hamyang, South Gyeongsang Province, in June 2017 and registered it in her husband’s name.

These developments are bound to have disastrous effects given the already plummeting popularity of the current government as well as the President. Under Moon, in recent months, South Korea had renewed its proximity towards the People’s Republic of China. To be very blunt about it, South Korean President Moon Jae-in is sitting firmly in Xi Jinping’s lap with a slew of pro-Beijing decisions and optics over the past few months. It was already a factor in making the Moon highly unpopular. In addition to that the current developments are sure to cost his center-left Democratic Party heavily in the 2022 elections.

South Koreans actually hate China more than any other global power on this planet, including Japan. People in South Korea are afraid of China’s “cultural imperialism” wherein Beijing tends to appropriate Korean cuisines, national heroes, and even Korean clothing. In such circumstances, Moon Jae-in’s China ‘pivot’ is not at all resonating with the popular opinion of China in South Korea. On the other hand, the Conservatives are happily cashing in on Moon Jae-in’s blunder.

South Korea’s Anti-Corruption and Civil Rights Commission stated on Monday, before the demand for mass resignations, that it had found 16 cases of illegal land or real estate transactions linked to the 12 individuals, according to Yonhap. According to the report, each case will be investigated by a police-led team of investigators. All this land scandal coming right before the crucial Presidential elections, is sure to add to the mountain of bad news for Moon Jae-in.