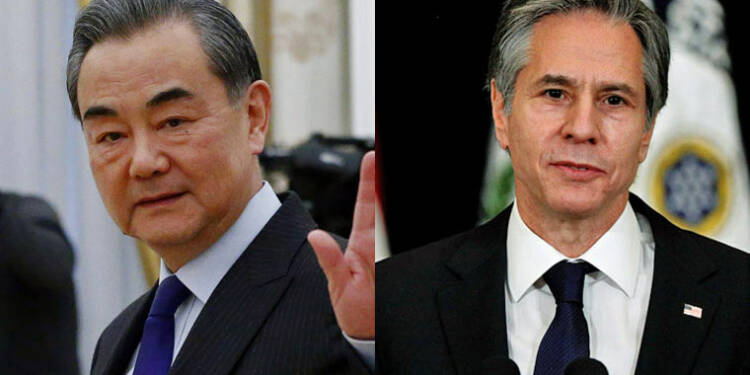 The Biden administration seems to have grown a fondness of being thrashed publicly by China and its pack of wolf warrior diplomats. Not only do mediocre, low-level diplomats from China attack the United States led by Joe Biden on a daily basis, but the Chinese Foreign Minister Wang Yi seems to have himself taken upon the task of humiliating the current administration running America regularly. First, in Alaska, the Chinese side thrashed the living daylights out of Joe Biden’s top officials like Secretary of State Antony Blinken and NSA Jake Sullivan. Now, Blinken has been humiliated at the G20 meeting as well.

Italy welcomed foreign ministers of the Group of 20 major economies to the southern city of Matera for their first in-person talks since the start of the pandemic. In Matera, Antony Blinken took to singing the virtues of multilateralism, and Chinese Foreign Minister, without naming the U.S., lambasted the Biden administration. It has become a regular affair for the U.S. to be humiliated at international stages by Chinese wolf warriors, while Biden’s officials struggle to save face and put up a decent defense on behalf of their country.

Chinese Foreign Minister Wang Yi appeared virtually for the conference. Although he did not name the United States, Wang said, “It is important for the G20 to lead by example and practice true multilateralism.” “Multilateralism is not a high-sounding slogan, and it cannot become gift-wrapping for the implementation of unilateral action,” he added. Wang also said that “China calls on able countries to avoid export restrictions or excessive hoarding” of vaccines.

This came in response to US Secretary of State Antony Blinken calling for empowering multilateral institutions to defeat Covid-19, tackling the widening global inequality and stepping up the battle to arrest climate change. To the same effect, Blinken said, “On these challenges and many others, a strong multilateral system is essential.” He added, “That’s why the United States is committed to supporting effective and accountable multilateral institutions…We must deliver results – for our countries, our people, and the world.”

Interestingly, although Blinken did not take any snide digs at China, Wang Yi made it a point to embarrass the United States. A powerful government would have stood for their country, but the Biden administration is more focussed on playing the good cop and being perceived as a beacon of tolerance. This syndrome results in the USA getting humiliated internationally by a draconian regime in China. The worst part is that China gets away with it every time.

Read more: In Alaska, Biden’s men were thrashed and in Geneva, it was Biden himself who came out looking like a fool

In March, the Biden administration was left red-faced as China attacked the United States on its very soil. Clips from the talks between the two sides had flooded social media, and the US was seen being thrashed left, right and centre by Chinese representatives Yang Jiechi and Wang Yi. A meek US delegation watched on, as the Communists charged at them with unusually long monologues.

Caught by surprise with the unprecedented aggression being mounted by China, U.S. representatives, particularly Antony Blinken, were seen going hysterical with their body language, as they simply could not contain their inherent fear of China. The Chinese side categorically stated that their country will not be handled by the U.S. from a position of strength.

The Alaska fiasco should have served as a lesson for the Biden administration. However, it seems to have learnt absolutely nothing, which is why China keeps getting away unscathed by attacking the United States at international forums.

Ethiopia is the latest flashpoint in the ongoing US-Russia Cold War 2.0