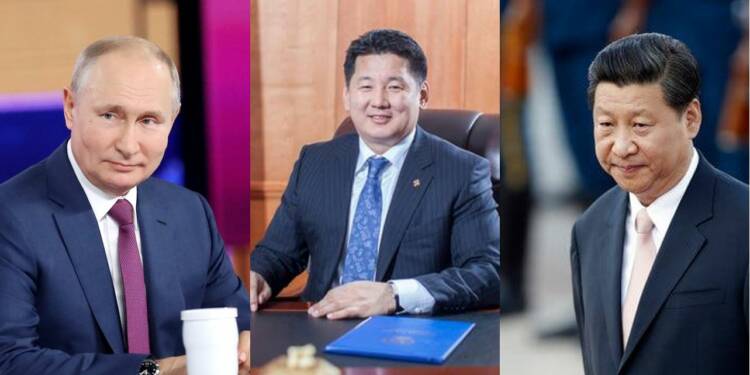 The geographical position of Mongolia has made it follow through with the wishes of the Chinese Communist Party (CCP) and thus, it has lived under China’s shadow, for a long time. However, it seems that Russia is giving it back to Xi Jinping and liberating Mongolia little by little. Sandwiched between Russia in the north and China in the south, Mongolia could soon serve as an important transit country for Russian natural gas and its related supply chains.

When finished, the Soyuz Vostok gas pipeline will connect to Russia’s ‘Power of Siberia 2’ with Mongolian territory. In other words, the goal of this huge project is to transport Russian gas across Mongolia and into China. Gazprom, Russia’s state-owned energy giant, has already established a subsidiary firm in Mongolia named Gazoprovod Soyuz Vostok, and the landlocked country’s Foreign Minister Battsetseg Batmunkh recently visited Moscow and spoke with Alexey Miller, head of the Gazprom Management Committee.

Mongolia sells its crude oil to neighbour China at cheap prices to import refined oil from Russia. According to DD News, the refinery could boost Mongolia’s GDP by 10%. Mongolia will use the refinery to process its own crude oil, which is now sold to China. China is Mongolia’s largest trading partner, and 90% of Mongolia’s exports go to their southern neighbour.

Read more: India attempts to woo Mongolia from under China’s nose after helping them open their first refinery

Today, China is the second most powerful country in the world, after the USA. The Chinese ruled Mongolia during the era of the Qing dynasty but recognized their independence in 1946. Since then, despite being independent, it has been heavily dependent on China for its trade and commerce. The nation seems like another province of China, whose central authority keeps using its diktat on the former’s government. However, now Russia is trying to bring the country out of the shackles of Chinese influence and geographical dependence.

The two countries will celebrate a century of diplomatic relations in November, and they have already signed a permanent treaty on friendly relations and elevated bilateral ties to a comprehensive strategic partnership. The declaration states that Russia and Mongolia would work together to expand cooperation in the areas of politics, defence, economy, commerce, finance, and investment. Furthermore, Mongolia’s bilateral military partnership with Moscow remains a top priority.

Mongolian Defense Minister Gursed Saikhanbayar met with his Russian colleague Sergey Shoigu in June 2021 to discuss the advancement of military-technical relations. More than 60% of Mongolians undergoing military training overseas are believed to be in the Russian Federation. In addition, the two countries perform annual joint field training exercises.

As reported by Asia Times, Inter RAO and Rotek, two Russian energy holding corporations, may soon be involved in the modernization of existing thermal power facilities in Mongolia’s capital. And, if the Soyuz Vostok gas pipeline is completely operating, Moscow may gain not just economic clout but political clout as well, in Mongolia. These developments suggest a strong signal that Russia is trying to make Mongolia come out of the clutches of China’s influence and it is succeeding in it, bit by bit.