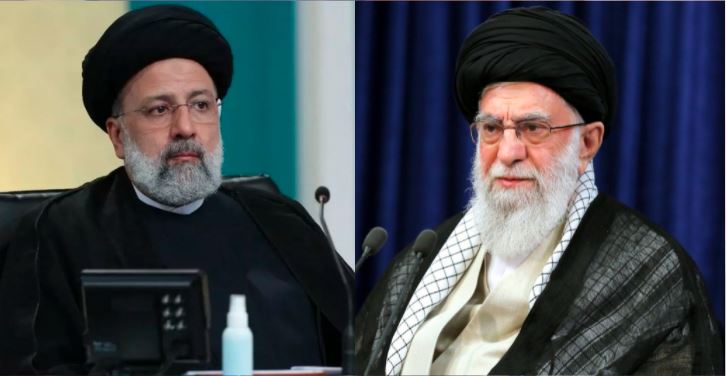 The world has become more unstable than it was before. While it is surely catalysed by the current pandemic, some states seem to not realise the scale of this churn and continue to make enemies all around. Iran is one of the nations which are driving their foreign policy less by coordinated consideration and more by short-sighted and power-grabbing instincts. This has led to Iran finding itself cornered and in an awkward situation where it is surrounded by countries, which are on bad terms with it.

Iran’s leadership has been continuously spewing venom against Israel and hasn’t missed any opportunity to mention its intention of removing the Jewish nation off of the face of the earth. On the other hand, it has continued to try and inflict damage on its regional nemesis Saudi Arabia via its proxies in Yemen and other places. It has also continued to force Iraq into a situation where it finds itself shackled to the will and wish of Tehran. If this was not enough, Iran’s conservative newspapers have not minced their words in criticising the rise of Taliban in Afghanistan and Pakistan’s role in it, making enemies out of both.

These actions and policies have pushed Iran into an awkward situation, where it is not only vulnerable from its neighbours, but also because of its precarious domestic situation. If Tehran continues with its current policies, it will not be a surprise that the nation in its current formulation as a theocracy, will cease to exist in the coming years.

In its major front-page story on Thursday, the conservative newspaper Jomhouri Eslami cautioned Iran’s leaders about the “presence of Taliban militants along Iran’s eastern borders.” Jomhouri Eslami also opined that with the Taliban growing in strength thanks to “green lights” from the United States and “regional players” − presumably referring to Pakistan and other states supporting the peace process − the group was no less a risk to Iran’s national security than the Islamic State group (ISIS). And even while in a situation where its eastern borders are a cause of concern, Iran has continued its offensive against Saudi Arabia and other Arab nations, via its proxies — the prime example being Yemen.

Recently, a Liberian-flagged cargo ship travelling from Saudi Arabia to the United Arab Emirates came under attack in the Indian Ocean, according to Israeli and Lebanese media. The defence officials said they were checking if Iranian forces were behind the alleged attack, according to Israel’s N12 Television. These attacks are not a one-off incident; the Iranian regime has been taking similar confrontational actions all the while.

The current Iranian regime is surrounded on all corners by countries that are at odds with it, and in such a scenario, even the domestic situation is also worsening. Iran’s economy has collapsed, unemployment is pervasive, inflation is out of control, the Iranian currency is in free fall and over 75% of the 80 million Iranian population is struggling to survive on daily wages below the international poverty line. In addition to this, the election of ultra-conservative Ebrahim Raisi as Iran’s next President was also staged, with an extremely low voter turnout and voices of dissent fledgeling inside Iran makes the current regime synonymous with a glasshouse.

Tehran has been using the carrot and sticks tactics with the Biden administration to gain the most favours. The Shi’ite nation doesn’t really want to revive JCPOA, or what is formally known as the Iran nuclear deal anymore. Yet, Iran understands that it needs to get rid of punitive American sanctions. The USA has realised that Iran is using it as a bargaining chip and it seems that even the Biden administration has had enough.

Confirming the same, the US military conducted defensive precision airstrikes against three facilities near the Iraq-Syria border region Sunday evening. According to Pentagon Press Secretary John Kirby, the facilities are used by several Iran-backed militia groups engaged in unmanned aerial vehicle (UAV) attacks against US personnel and facilities in Iraq, including Kata’ib Hezbollah (KH) and Kata’ib Sayyid al-Shuhada (KSS).

Read more: A reluctant Biden gave a go ahead to bomb Iranian facilities on the Iraq-Syria border and US Air Force did the rest

Israel on the other hand has maintained a consistent aggressive defence policy and continues to keep Tehran on its toes, punitively destroying any designs Iran may have. And with the Abraham Accord countries working cohesively, things are becoming more and more dangerous for Iran. Israel is working closely with the UAE to make sure that the position of Iran weakens in Yemen. Apart from an Israeli-Arab spy base in Socotra, what has also terrified Iran and the Houthis is the ongoing construction of an airbase on the strategically located Mayun Island. Earlier this year, satellite imagery revealed that construction had started on a new runway on the volcanic island.

Read more: Israel may have joined the Arabs in the Yemen war against Iran-backed Houthis to bring the war to a swift decisive end

Iran has been keeping other countries like Israel, Saudi Arabia, and UAE at bay by using its proxies engaged with them. However, as these countries are coming together, Iran will find it more and more difficult to continue with its current policies. With every neighbour and regional power as an opponent along with the worsening domestic situation, the demise of the current theocratic regime in Iran seems imminent. The Shi’ite nation will probably cease to exist in its current formulation going ahead.