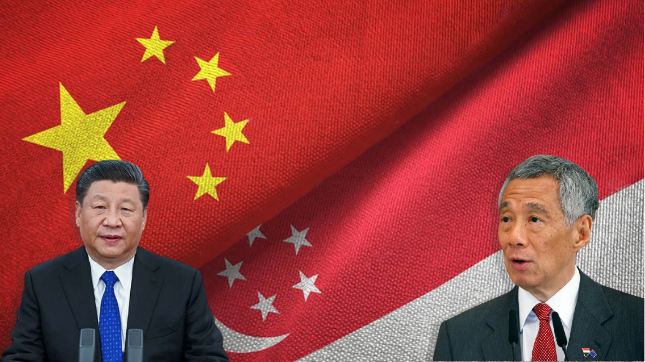 The international standing of China has deteriorated in the last years and it has lost many friends, however, one country that has remained relatively friendly has been Singapore. But, as things are panning out, and Xi Jinping has remained non-compromising with respect to its foreign policy narrative and diplomacy, it is making even Singapore move further away. Emeritus Senior Minister Goh Chok Tong, took a dig at China and said that if the Communist country does not have the confidence and trust of its neighbours, real regional cooperation will not be possible.

Goh Chok Tong, who delivered his address remotely, recalled telling Premier Wen Jiabao that China was like an elephant walking into a pool full of smaller animals. He explained that no matter how delicate the elephant was, it would still have to be careful not to step on to anyone’s toes. And achieving such trust requires “more than a change in the tone, style and language of public communications”, he added. These comments come as a surprise to most of the world, given Singapore has remained cautious for a very long time to not offend China.

Singaporeans have more positive views on China than most people in other advanced economies, who continue to view China in a broadly negative light, according to a survey report published on Wednesday (June 30). However, if anything, these statements by Emeritus Senior Minister Goh Chok Tong must be a cause of concern for China and it must realise that the aggressive and abusive rhetoric will make even friends like Singapore look the other way.

In his speech, as reported by Strait Times,  Goh Chok Tong outlined three principles that are needed to reinvigorate regional cooperation.

While these principles apply to all countries, the actions of larger and more powerful countries like China define Asia’s peace and development, Goh Chok Tong continued.

Although Singapore for the longest time has maintained cordial relations with the Chinese Communist Party at the same time keeping its deep cooperation with the USA, EU and India as well, it has never partaken in any criticisms of China. It looks like things are changing and they are changing pretty fast. Singapore’s Prime Minister Lee Hsien Loong spoke with BBC in March and said that China’s decisions and foreign policy positions have given rise to “significant” uncertainty and anxiety as countries globally assess their implications, and this is not an ideal situation for Beijing. However, not paying any heed Beijing subsequently confirmed that it would move ahead with the biggest overhaul of Hong Kong’s electoral system since the city returned to Chinese rule in 1997.

Read more: Singapore has always shied away from criticising China but looks like things are changing and changing fast

The fact that the statement was critical even before the overhaul of Hong Kong’s electoral systems goes on to signal the tectonic shift in the way in which Singapore in particular and the Association of South-East Asian Nations (ASEAN) in general approach China.

The yearly event is a high-level international venue where politicians, academics, and business leaders debate ways to strengthen security cooperation. The focus for this year was maintaining and practising multilateralism in the post-pandemic age. And as these comments are becoming more and more consistent, coming from different offices of Singaporean government, it is becoming clearer that Xi Jinping’s diplomacy is making one of China’s last friends move away.