China is trying to fill the void left by the US in Afghanistan through its failed BRI, but a terrible fate awaits Jinping 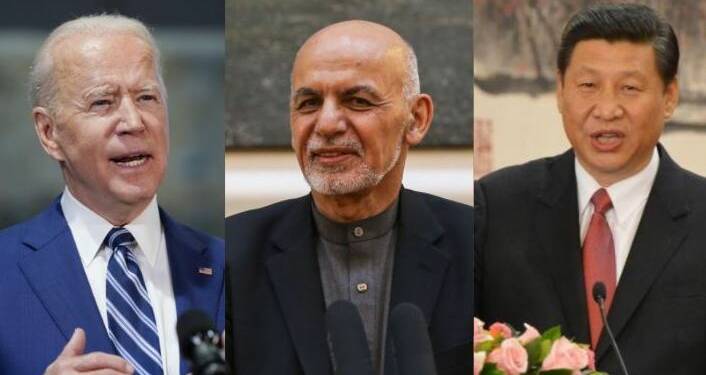 Afghanistan has for the longest time been the graveyard of the egos of great powers. Now, it seems it is the turn of Xi Jinping and the Chinese Communist Party to get their egos busted. China is poised to make an exclusive entry into post-US Afghanistan with its Belt and Road Initiative (BRI). Speaking on the condition of anonymity, a source close to government officials in Afghanistan said that Kabul authorities are growing more intensively engaged with China on an extension of the $62 billion China-Pakistan Economic Corridor (CPEC) the flagship project of BRI, which involves the construction of highways, railways and energy pipelines between Pakistan and China to Afghanistan.

While China is willing and adamant to replace the USA in Afghanistan as the Biden administration moves out of the country completely, things are not as simple as Beijing would have wanted them to be. China’s PLA is in no position to enter Afghanistan via military means following the withdrawal of the US forces. However, the current economic situation of China coupled with the political instability in Afghanistan will make it even riskier for China to fill the great power void.

The People’s Liberation Army is in need of hundreds of thousands of new recruits, each year amid China’s wider fertility and ageing concerns, and has attempted to address them by decreasing the criteria for entry. The fact that a country of the size of China is not able to find the required number of eligible and able-bodied citizens for their PLA, makes it clear that Beijing is not capable to replace the USA militarily in Afghanistan.

Read more: China is inducting men with weak eyesight and physical ailments into the PLA because there aren’t many to choose from.

China has been keen on extending its BRI to Afghanistan and has been asking Kabul to join it for at least half a decade. But the US-backed Afghan government was hesitant to join the BRI fearing it could raise eyebrows in Washington. But now with the exit of the US troops, the Afghan government, behind the scenes, is welcoming China immediately after saying goodbye to America. However, the tricky part is that the Afghan government is not in total control and the Taliban is gaining more ground day in and day out.

China’s development assistance to the Afghan government, as well as its rising economic investments, were only conceivable because of free-riding on the US-led stabilisation efforts. But now that this is no longer the case, China’s stance toward Afghanistan is expected to undergo a significant shift. China’s biggest concern following the withdrawal of the United States is that Taliban-led Afghanistan will become a safe haven for Uyghur separatists and the East Turkestan Movement (ETM). These organisations are anxious to destabilise China’s territorial integrity in the Xinjiang region. According to Chinese academic Zhao Huasheng, the Taliban has been a “spiritual agitator and material supplier” to the ETM since its ascent to power in 1996, with the support of Al Qaeda. This has included training their fighters, supplying military supplies and weapons, as well as providing them asylum, and generating funds.

However, it seems China is not realising the mess it is about to step into and is putting its bet on the Afghan government. Following US President Joe Biden’s announcement of plans to withdraw all American personnel by September 11, China’s foreign ministry spokesperson Zhao Lijian stated last month that China was indeed in talks with third parties, including Afghanistan, about extending CPEC.

While China is willing to expand its CPEC and include Afghanistan into its Belt and Road Initiative, the economic conditions will only become worse if it goes ahead with the program. As per an Institute of International Finance (IIF) report, non-financial corporate debt in China rose to over 165 percent of its Gross Domestic Product (GDP) in the third quarter of 2020. The debt stood at 150 percent of China’s GDP in the same quarter last year. The growth of debt in China has outpaced that in all emerging economies and developed markets. The total Chinese debt across household, government, and non-financial corporate sectors has reached an uncontrollable high of nearly 290 per cent of the GDP. Given these economic conditions which are only becoming worse, the fact that the Taliban may force Chinese investments to fail can turn out to be the worst-case scenario.

There is no doubt that the strategic assets in Taxkorgan, Wakhan, and Gwadar will boost China’s logistical infrastructure, assisting the country in achieving its long-term economic and security goals in the region. Peace, on the other hand, remains the true key to China’s grand strategy for a post-US Afghanistan. The fact that China is working in tandem with the current Afghan government in the realm of infra projects, the Taliban can be a catastrophic factor in these projects. And given the precarious economic situation of China, coupled with shrinking investments in BRI as well as failing projects in different parts of the world, any failure in its Afghan investment will bring doom to China, and at the end of this road, a terrible fate awaits Xi Jinping and his fellow yes-men.