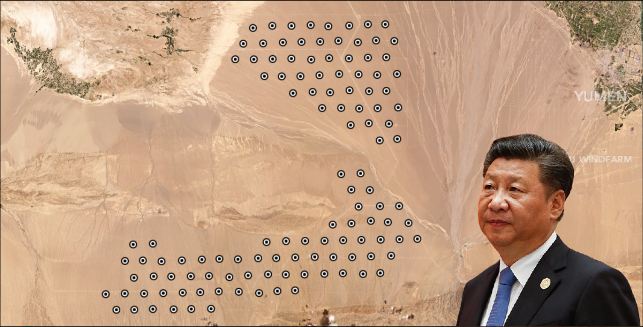 Around the time the CCP was celebrating its centenary anniversary, reports began circulating that China was building 100 new intercontinental ballistic missile (ICBM) silos in the desert near Yumen in the country’s northwest, implying a massive expansion of its nuclear capabilities. But in reality, it seems that they were never missile silos anyway, but are wind turbines.

A report by the Central News Agency stated that the site in Gansu, which has been suspected of being a missile launching cellar is a wind farm. On the right side of the satellite photo quoted by the Washington Post, there is a line of white characters that says “YUMEN GANSU WINDFARM.” The report pointed out that the netizens zoomed in on the satellite photos and found rows of wind turbines standing there. 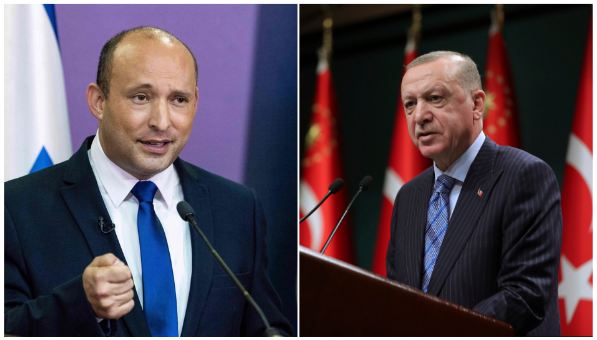 The 119 building sites in Gansu province were identical to current Chinese launch stations for nuclear-tipped ballistic missiles, according to the James Martin Center for Nonproliferation Studies in Monterey. According to the Washington Post, the silo construction project could give China with a means of concealing its nuclear weapons as part of the US’ “shell game” tactic against the Soviet Union during the Cold War. The US had complained about China’s development of “119 intercontinental ballistic missile silos” in Gansu.

Song Zhongping, a Chinese military commentator, was reported in the newspaper as saying a few days ago that launching ballistic missiles from launch caves was a Cold War tactic that had fallen out of favour. This “most clumsy” strategy is not an option for China. “This tactic of spreading rumours is very low-level and not worth disputing at all,” Song Zhongping added.

On July 3rd TFI had reported that the silos that have been constructed by China would mostly remain empty as China does not have the required capacity of nuclear warheads.

China wants to make a name for it, and for that it needs to fulfill two criteria; economic growth and a powerful armed forces. And China has deceived the world in both. China has fooled the world pretty well with its inflated economic numbers. That the reality is starkly different from what China shows has been exposed by TFI on multiple occasions. Besides, Chinese military is full of wimps and “little emperors” and the alleged silos have turned out to be wind turbines.

Missile silos are concrete underground facilities used to mostly store missiles and ICBMs – especially if they are nuclear powered. ICBMs – as we all know, are intercontinental ballistic missiles used for nuclear warhead delivery. China has around 250 to 350 warheads, and therefore, for it to construct over 145 new missile silos across the mainland makes no sense – since it does not have the required material to weaponise these missiles with.