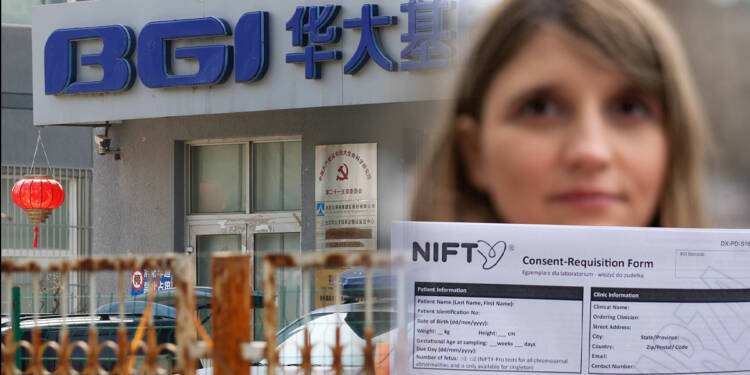 BGI Group in collaboration with the Chinese military

China has been collecting gene data from around the globe by using nefarious means. Now, according to a Reuters investigation, it is harvesting gene data from millions of pregnant woman by selling prenatal test kits developed by a Chinese company BGI Group in collaboration with the Chinese military. The same prenatal kits are being used to collect gene data for “sweeping research on the traits of populations.”

In March, US government advisors warned about a data mining company BGI Group, a Chinese company which is amassing and analyzing gene data that could give China a major economic and military advantage.

The data mining technology could help propel China to dominate global pharmaceuticals and help China in its research to produce genetically enhanced soldiers or target the US population via food supplies through genetically engineered pathogens.

The investigation by Reuters found that BGI’s prenatal test, one of the most popular in the world is a massive source of genetic data for the company and the Chinese military and the government has access to it.

BGI Group has confirmed that it stores and re-analyzes left over blood samples and genetic data from prenatal tests. The test kits are being sold and used in almost 52 countries around the globe. The tests capture genetic information about the mother as well as their country of origin.

More than 8 million women have done BGI’s prenatal tests around the world thus far. BGI Group hasn’t stated how many of the women took the test outside of China, and it only keeps track of women who live on the mainland. Though the women avail private procedures for the tests but investigation shows that they yield increasingly potent information for research.

The scale of BGI’s prenatal data collection and engagement with the military in prenatal and neonatal research has never been revealed before. According to the Reuters investigation, the business has published at least a dozen joint reports on the tests with the People’s Liberation Army (PLA) since 2010, either trialing and upgrading the tests or evaluating the data they gave.

BGI Group also confirmed that prenatal test data collected on women outside of China has also been stored in China’s government funded gene database. Though the investigation showed no signs that the patient privacy agreements have been breached, but the privacy policy on the NIFTY test’s website does state that data collected can be shared when it is “directly relevant to national security or national defense security” in China.

In a 2019 regulation, Beijing made it specifically clear that genetic data is a national security matter and since 2015 has restricted foreign researchers from accessing gene data on Chinese people. BGI Group said in a statement it “has never been asked to provide – nor provided – data from its NIFTY tests to Chinese authorities for national security or national defense security purposes.”

While other companies which sell prenatal tests also store and re-use prenatal test data but they neither have links to the government or the military nor do they collect data at the scale of BGI.

BGI Group did not react to concerns about its military involvement

BGI Group developed its new prenatal tests with association from the PLA is a security risk for all the countries as China is using civilian technology for military modernization. The findings offer new insight into how BGI Group is using vast computing power to unlock genomic secrets.

The Reuters investigation also adds to the worries raised by the US National Security Commission on Artificial Intelligence (NSCAI), which is chaired by former Google CEO Eric Schmidt. In March, the group recommended that the US acknowledge China’s progress toward global leadership in biotechnology and artificial intelligence as a new type of national security danger, and increase financing for its own research to offset China’s state-driven effort.

The reporting in this piece, according to China’s Ministry of Foreign Affairs, represented “baseless charges and slander” of US agencies. The PLA remained silent. New privacy and data security rules have been passed in China, which provide better protection for personal data while simultaneously allowing Chinese national security officials access to it.

BGI Group did not react to concerns about its military involvement or the national security risks its research is said to pose, according to the US. BGI Group does not have access to any identifiable personal data or the capacity to link that data with personal information at any point during the testing or research process, according to the business. BGI Group claims that it obtains signed consent in advance and that its data protection protocols fulfill high international standards.

On 2nd February, TFI reported that top US security officials warned American labs against using Covid-19 test kits from a Chinese company named BGI Group, amid concerns that the company, acting at the behest of the CCP was seeking to gather foreign genetic data for sinister purposes which include creating Chinese supersoldiers to outlast American soldiers in the battlefield.

Several academics have cautioned that China may identify and target genetic flaws in the US population, as well as use genetics to boost the strength of its own military troops. In December of last year, reports surfaced that China had undertaken testing on its army in the hopes of developing biologically enhanced soldiers.

The dictatorial Chinese government has already announced that it intends to be the world leader when it comes to genomic sciences and analytics. To achieve this masterplan, Xi Jinping and BGI Group need more data than it currently collects from its own enormous but demographically somewhat homogeneous population. Thus the US seems to be the ideal target.

In July last year, the US Department of Commerce had sanctioned two Chinese companies for providing genetic analysis to support the physical and digital persecution of China’s Muslim Uyghur population. Both the companies were BGI Group subsidiaries.

BGI Group has worked on PLA projects seeking to make members of the ethnic Han Chinese majority less susceptible to altitude sickness. BGI Group is also using the new technique for gene editing named CRISPR “clusters of regularly interspaced short palindromic repeats” to increase human capabilities on the future battlefield.  While using CRISPR to alter human capabilities remains a hypothetical possibility at the present but there are enough indications that Chinese military researchers working with companies like BGI Group are starting to explore its potential.