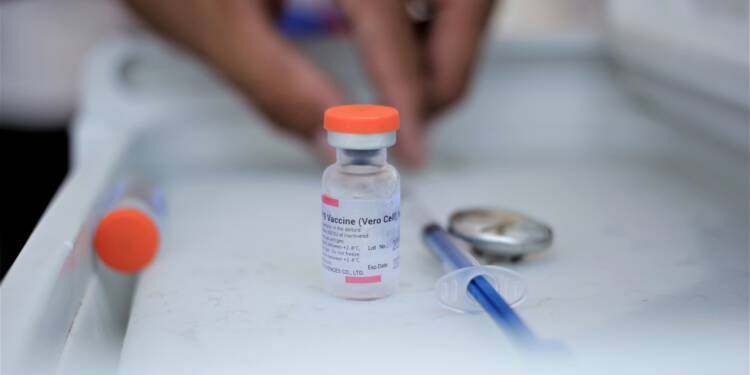 Singapore for long has been one of the very few long-standing allies in the region, however, the direction of the Chinese Communist Party’s diplomacy has already made it distant. Now, the distrust is visible in full light, as Singapore excludes Sinovac shots from the COVID-19 vaccination tally. People who received Sinovac Biotech shots are excluded from Singapore’s count of total vaccinations against COVID-19, officials in the city state said, citing inadequate efficacy data for the Chinese-made vaccine, especially against the contagious delta variant.

Only those who took part in the national immunisation programme, which currently uses the Moderna and Pfizer-BioNTech/Cominarty vaccines, are considered in the vaccination tally. More than 3.7 million people, or over 65 per cent of the population, have received at least one dose of the Pfizer or Moderna vaccinations, with nearly 2.2 million completing the two-shot schedule. To put it bluntly, Singapore says no to Sinovac, saying the vaccine is absolutely ineffective against new Covid Strains.

Since a cluster of infections was discovered at the airport in May, the delta variation has become the most common strain of COVID-19 in Singapore. Following that, the government reinstated harsher restrictions on social gatherings and public events, though it has begun to lift some of those restrictions. “We don’t really have a medical or scientific basis or have the data now to establish how effective Sinovac is in terms of infection and severe illnesses on delta,” health minister Ong Ye Kung said during a media briefing on Wednesday.

Emeritus Senior Minister Goh Chok Tong, took a dig at China and said that if the Communist country does not have the confidence and trust of its neighbours, real regional cooperation will not be possible.

Goh Chok Tong, who delivered his address remotely, recalled telling Premier Wen Jiabao that China was like an elephant walking into a pool full of smaller animals. He explained that no matter how delicate the elephant was, it would still have to be careful not to step on anyone’s toes. And achieving such trust requires “more than a change in the tone, style and language of public communications”, he added. These comments come as a surprise to most of the world, given Singapore has remained cautious for a very long time to not offend China.

Read more: Substandard weapons and a diabolical foreign policy: China’s arms exports are falling and Russia and India are the biggest beneficiaries

Following the World Health Organization’s (WHO) permission for emergency use, Singapore began authorising selected private clinics to offer the Sinovac vaccine, CoronaVac, in mid-June. Singapore had a supply of 200,000 CoronaVac doses available to the clinics. As of July 3, little more than 17,000 people had gotten one dosage of CoronaVac, and authorities report that demand for the vaccine appeared to be waning after an initial surge. Last month, Singapore’s head of medical services, Kenneth Mak, stated that evidence from other nations revealed that persons who had taken CoronaVac were still becoming sick, creating a serious risk.