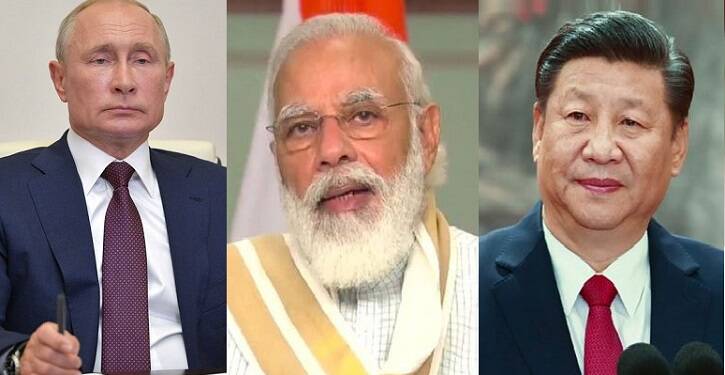 Many people assumed that as China’s global standing grew, so would Chinese weapons exports. But, despite decades of trying, it hasn’t happened. Last month’s incident with the Philippines, in which Chinese military warships entered Philippine waters without permission, may have shown the essence of the problem—and this failure may well have revealed a fundamental weakness of China.

Few states want to collaborate with Beijing. But its confrontations alone have not been the only reason for China’s apparent apathy in arms export, another most simple fact is; Chinese weapons are substandard and faulty. This, however, has given long time allies Russia and India to swoop in and benefit from the lack of faith states have in Beijing.

China’s belligerent and assertive foreign policy has failed to serve it. The Philippines is an excellent example of why China’s export ambitions have come to a halt. President Rodrigo Duterte of the Philippines has spent the last five years trying to sway the country away from the United States and toward China. Furthermore, until recently, the government has never purchased a new fighter plane, as its meagre defence budget could only afford hand-me-down jets from the US.

The Philippines is cash-strapped, nonaligned, and eager to assert a pro-China stance, which is the ideal recipe for a Chinese weapons and combat aircraft export market to breakthrough in a key regional country. The world would have seen this as a significant Chinese foreign-policy coup if the government had eventually purchased a few squadrons of Chinese fighters while simultaneously requesting the US Navy to stay away from its previous Philippine facilities for good, as it did in February 2020.

That doesn’t appear to be the case now. “You’re like an ugly oaf forcing your attentions on a handsome guy who wants to be a friend; not to father a Chinese province,” Philippine Secretary of Foreign Affairs Teodoro Locsin Jr. tweeted last month, as tensions between the two countries in the South China Sea reached a simmer.

China’s other neighbours dislike it, which will have obvious consequences on weapon sales. With their escalating maritime dispute with China, Vietnam, Malaysia and Indonesia are all too suspicious of Beijing’s intentions to consider purchasing Chinese weapons.

According to a report released earlier this year by the Stockholm International Peace Research Institute (Sipri), India is becoming increasingly self-reliant under its Atmanirbhar Bharat scheme, which is yielding benefits. While Indian imports of weaponry decreased by 33%, Chinese weapon exports fell by 7.3 per cent.

While Foreign policy been China’s Achilles heel, Chinese substandard quality weapons have failed to ignite trust as well. Much of the Chinese armaments, weapons and military equipment sold, according to intelligence sources, has been discovered to be substandard. Recently, intelligence agencies published a study detailing how Beijing has pushed “defective equipment” to friendly countries in Asia, the Middle East and Africa.

However, the biggest beneficiaries of China’s failure have been India and Russia. For a long time, China has been Myanmar’s major arms supplier, as well as the largest weapons provider to separatist and rebel groups fighting against the country. However, Russia has dethroned China and is exclusively providing weapons to the Myanmar military.

Last month, Myanmar’s junta chief praised Russia for supporting the army that overthrew the government earlier this year in a coup. Russia has declared its support for the junta and urged the West against sanctioning it.

Read More: China had a trusted friend in Singapore in Southeast Asia, but Jinping’s diplomacy is making it move further away

Meanwhile BrahMos, the Indo-Russian jointly built supersonic cruise missile is a matter of extensive interest interests among South-East Asian and South American States. According to Financial Express, Brazil has expressed its interests. Other Latin American nations like Chile, Argentina and Venezuela are also interested in BrahMos.

Recently, it was reported that the Philippines could be the first country to get the BrahMos missile. Other Southeast Asian nations like Indonesia, Thailand, Malaysia, Singapore and Vietnam are also said to have expressed keen interest in the Indo-Russian missile project. If India and Russia actually decide to sell BrahMos to Southeast Asia, then it could tip the balance in favour of Southeast Asia amidst the ongoing tensions between the paper dragon and ASEAN in the South China Sea.

Thus, building substandard weapons and selling them to its so-called allies coupled with its belligerent foreign policy has resulted in China’s arms sales plummeting. It does not have any friends to sell Chinese weapons to nor does it have quality weapons to sell. Pakistan has been the only state which has been consistently buying Chinese weapons, not because it wants to, but because it has no other choice.