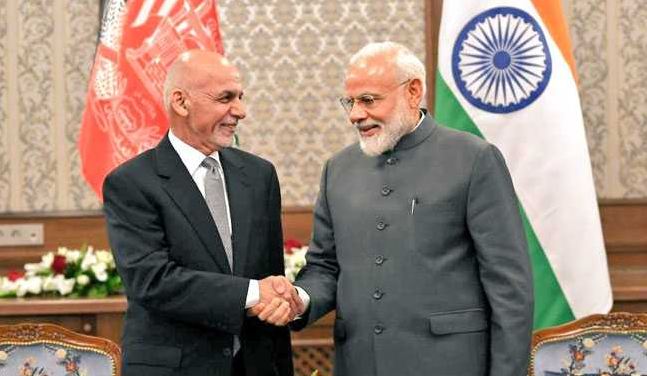 The Afghan Northern Alliance was a united military front that came was formed in late 1996 after the Islamic Taliban took over Kabul. The United Front was assembled by key leaders of the toppled Islamic State of Afghanistan, particularly president Burhanuddin Rabbani and former Defense Minister Ahmad Shah Massoud. The Northern Alliance fought a defensive war against the Pakistan-backed Taliban government. They received support from Iran, Russia, India, Tajikistan, and others. Now, the Northern Alliance is being revived, and Taliban’s victory leap in Afghanistan is not going to be as sweet as it would have wanted.

India and Russia are taking the lead in order to protect Asia from being infested by Islamist jihadis of the Taliban when the terror organisation eventually does capture Kabul and installs its own Sharia government in Afghanistan. The capture of Kabul seems imminent, and the focus is now on containing the Taliban in Afghanistan alone. In the process, if the Northern Alliance is able to bring the Taliban to its knees – that would be more than welcome. However, the focus of countries like India, Russia, and Iran is to protect their own, and their region’s security.

With the U.S. having withdrawn its troops from Afghanistan – a massive vacuum has been created in the war-torn country, and this vacuum threatens to imperil the security and stability of the entire region. Therefore, instead of sending in their own troops, and putting their lives on the line, India and Russia are looking to create a domestic solution to the rising might of the Taliban. Much like the Northern Alliance of the late 1990s, India and Russia will support Afghans themselves in their fight against the Taliban. And this support will be humongous, in terms of military aid, financial resources, and other needs which the anti-Taliban forces may require.

India has been making some very interesting moves of late. After news broke of the U.S. withdrawing troops and packing up its largest military base in Afghanistan, India’s Foreign Minister, Dr. S Jaishankar stopped in for a “technical halt” in Iran. On Wednesday, the Indian Foreign Minister met his counterpart, Javad Zarif, and also had an interaction with Iran’s president-elect, Ebrahim Raisi in Iran.

India’s External Affairs Ministry spokesperson Arindam Bagchi said on Thursday the Indian and Iranian sides exchanged views on regional and global issues during Jaishankar’s technical halt in Tehran. He said, “They also discussed the evolving situation in Afghanistan and expressed concerns over the deteriorating security there.”

Many might wonder why India is interacting with Iran on the issue of Afghanistan. Well, there are quite a few reasons. First, the Shi’ite nation of Iran is no fan of the Taliban. It faces a massive threat itself and shares a border with Afghanistan, which only further aggravates their worries of the Taliban being in control of an entire country and launching an offensive against Tehran at a time of their choosing. Additionally, Iran and the Taliban have a massive Shia-Sunni fault-line between them, and Tehran does not want a Sunni extremist regime sharing its eastern border.

However, Iran is also a puppet of China and is therefore doing Beijing’s bidding. China has decent ties with the Taliban. In fact, TFI had explained recently how Afghanistan is all set to become a battleground for India and Russia on one side, and China and Iran on the other. India is trying to convince Iran that toeing China’s line on Afghanistan can be fatal for it. Thereupon, it is entirely on Iran whether it wants to take India’s advice or discard it. India and Russia, however, seem all set to weaponise the Northern Alliance against the Taliban once again.

Read more: Russia-India on one side and China-Iran on the other – The new Afghanistan equation after USA’s withdrawal

Interestingly, the Indian Foreign Minister flew straight to Moscow from Iran. Reportedly, the single most important agenda on the mind of Dr. S Jaishankar was the rapidly deteriorating situation in Afghanistan, and in Moscow, the Indian and Russian sides are said to have comprehensively discussed the same, and perhaps, even formulate a roadmap for the immediate future which stares the two countries right in the face.

Hindustan Times quoted an anonymous source as saying, “There is scope for India and Russia to cooperate both bilaterally and through multilateral platforms. The situation in Afghanistan is a concern for everyone and Russia sees India as an important partner on the Afghan issue.” This makes it almost certain that India and Russia are looking to revive the Northern Alliance to protect their own interests in the region, with or without Iran.

Former senior adviser to the Acting US Defense Secretary, Army Colonel Doug Macgregor recently told Sputnik that the Northern Alliance, which was once vehemently backed by Russia and India, could help in maintaining a semblance of order in some portions of Afghanistan in the wake of the American troop exit. He said, “India will cooperate with Russia and Iran to contain the influence of the Sunni Islamist elements in Afghanistan and Pakistan. China will try to complete its transportation infrastructure through Pakistan and parts of Afghanistan provided the Chinese can be protected.” He also said that Russia will cooperate both with Central Asian governments and with Iran to prevent the Taliban from spreading its power and influence.

Almost simultaneously, Russia is making several strategic moves. Russia is prepared to activate a military base in ex-Soviet Tajikistan against advancing Taliban forces on its southern border. More than 1,000 Afghan government troops were reported to have fled north into Tajikistan this week as the Taliban seized dozens of districts in the past two months.

Russian Foreign Minister, Sergei Lavrov said, “We’ll do everything, including using the capabilities of the Russian military base on the border of Tajikistan with Afghanistan, to prevent any aggressive encroachments against our allies.” Tajikistan is a member of the Moscow-led security alliance of several ex-Soviet states known as the Collective Security Treaty Organization (CSTO). Lavrov also said that Russia’s obligations under the CSTO “remain fully in force.” This effectively means that Russia is prepared to go all-out against the Taliban, alongside India, if the extremist organisation poses a threat to Central Asian states.

Meanwhile, Russian President Vladimir Putin on separate telephone calls with the President of Tajikistan Emamoli Rahmon and President of Uzbekistan Mirziyoyev assured the former Soviet states that Russia will back them and suggested military support to guard the border with Afghanistan.

For India, meanwhile, this will not be the first time that it will mount an offensive against the Taliban. For four years, between 1996 and 2000, India extended military and medical assistance to Ahmad Shah Massoud, the then military commander of the Northern Alliance, who fought the Taliban and U.S. forces till his assassination in 2001. India provided extensive assistance to the Northern Alliance — uniforms, ordnance, mortars, small armaments, refurbished Kalashnikovs seized in Kashmir, combat and winter clothes, packaged food, medicines, and funds.

According to the Hindu, New Delhi also helped maintain the helicopters with spares and service. Between 1996 and 1999 India gifted two Mi-8 helicopters. Meanwhile, India also ran a frontline hospital for those wounded in battle against the Taliban. The medical outreach project had been valued at that time at $7.5 million.

Now, India, Russia, and possibly even Iran are coordinating a response against the Taliban. The ramifications of a Taliban government in Afghanistan can be devastating for the region as a whole, and in order to mitigate these consequences, the Northern Alliance is being brought back to life. India and Russia know that Afghanistan is the graveyard of foreign empires. So, they are formulating a strategy, which involves making anti-Taliban forces within Afghanistan fight the extremist organisation, while providing all necessary support to them.