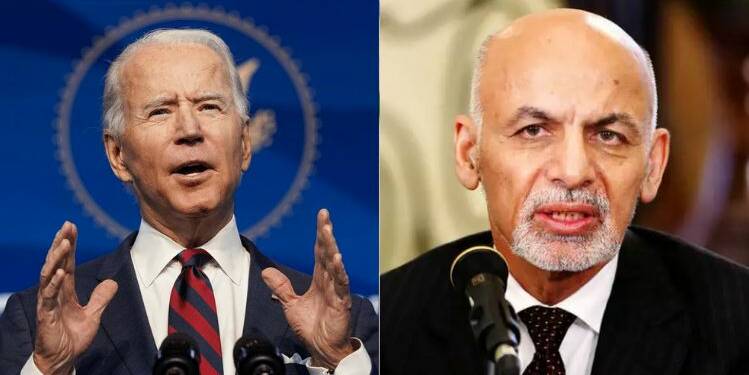 On Friday, US troops packed up the Bagram Air Base in Afghanistan after 20 years of fighting a war in Afghanistan, which has cost the country over $2 trillion and claimed the lives of over 2,300 U.S. soldiers. The Bagram Base was a central hub of U.S. and allied operations in the country for nearly two decades. Now, the United States is leaving the country. Fighting an endless war in the country has become unfeasible for the United States. Within America, the growing consensus is that American forces must not be used for interventions in other countries. So, U.S. troops returning home is a victory for the U.S. For Afghanistan, however, the situation is far from rosy.

The American war on Afghanistan might be over, but the war within the country rages on. Taliban is growing powerful with each passing day, and domestically, it believes it forced the United States out of the country. In the 1980s, the Soviets were forced to flee Afghanistan. For the Taliban, the American withdrawal comes as a confidence booster like no other, and will most likely motivate the Islamist organisation to stake claim over all territories of Afghanistan.

But there are many other countries whose interests are directly impacted by the American troop withdrawal from Afghanistan. While the security of some is compromised, for others – the vacuum in Afghanistan offers an opportunity for them to exploit the war-torn country and turn it into a client state for themselves.

For Russia, Afghanistan is just as much an emotive issue as it is a geopolitical reality. Russia has understood that Afghanistan is unlike any other country where superpowers have intervened before. Already, a Russian intervention in Syria is bearing fruits. However, the Soviets tried installing a Communist regime in Afghanistan in the 1980s and failed. They were forced to leave Afghanistan, and the likes of Taliban and Al Qaeda were soon born.

Presently, Russia is not a fan of the Taliban. The Islamist extremism of the Taliban concerns Russia just as much as it worries every regional power. A Talibani regime might be territorial within Afghanistan, but the possibility of them providing a safe haven for terrorists who wish to strike other countries cannot be ruled out. Russia is also concerned about the impact which a Taliban government in Afghanistan can have on the security of Central Asian states, considering the fact that Moscow considers the region its exclusive sphere of influence.

Russia has a habit of surprising the world. While it knows that interventions in Afghanistan by foreign powers have historically never worked, Moscow could very well pull a rabbit out of its hat if push comes to shove. We are talking about a civil war-like scenario here, after the complete withdrawal of US troops from Afghanistan. The Taliban will not stop at anything. It wants its government in Kabul, while the civilian government too will put up a fight if the terror organisation mounts an offensive. What that translates to is a civil war with catastrophic consequences.

India provides the largest developmental aid to Afghanistan and is funding major projects in the war-torn country. It has committed over $3 billion to Kabul so far, and India’s security agencies, especially its clandestine and foreign intelligence service – RA&W coordinate and provide inputs to their Afghani counterparts regularly. India has had no ties with the Taliban, and as such, the extremist organisation strengthening its control over the country is no good news for New Delhi.

India has been tacitly supporting the U.S. in its endeavour to install democracy in Afghanistan. With those efforts having failed, India is now faced with the prospect of dealing with the Taliban all on its own. In terms of security, the Taliban poses a challenge to India. It is no secret that Pakistan’s Haqqani Network and the Taliban are collaborators. With the Taliban growing even stronger, and Pakistan’s ISI having good ties with it, India expects Afghani jihadis to be directed towards Kashmir. Therefore, India too is seeking to radically rethink its Afghanistan policy, in light of the new realities which stare it in the face.

The interests of India and Russia are aligned when it comes to Afghanistan. Both have emerging and previously unknown security concerns arising out of a U.S. withdrawal from Afghanistan, and both do not want the Taliban to grow from strength to strength. India, on its part, already has an Islamic Pakistan to deal with. New Delhi, therefore, does not want to bear the headache of an Islamist Afghanistan as well.

On its part, Russia is well aware and sensitive towards India’s security concerns. This time around, Moscow has security concerns of its own which directly impact its sphere of influence. And if Vladimir Putin can jump right into Syria like a gladiator, he can most definitely do so in Afghanistan as well. Russia’s stature will rise across the world, and a resounding message will be sent by Putin to hostile countries that the Moscow story is far from over.

Read more: Afghanistan conundrum – China part clueless and part scared to fill in the void left by a retreating U.S.

China sees an opportunity in the developing vacuum within Afghanistan. The Communist nation is hungry for power and influence beyond its border. It is expansionist and it also seeks to become a regional superpower. In fact, China is already in process of usurping the war-scarred country. Beijing is said to be secretly in talks with the civilian government of Afghanistan to build its own military base in the country. At the same time, China is also said to have secured an understanding with Taliban leaders not to aggravate the Uighur situation within China’s Xinjiang province.

China has multiple objects to achieve out of Afghanistan – one of them is to get an understanding against the Uighurs in Xinjiang. By financing a military base in Afghanistan, China is giving hints to the Afghan civilian government and armed forces. Beijing is suggesting that both Afghanistan and China can benefit from enhanced cooperation.

But China is also using the Pakistan axis to earn goodwill with the Taliban. Beijing knows that the Taliban still controls a majority of Afghan territory and Kabul’s future also hangs in the balance. Therefore, China cannot put all its eggs in one basket and wants to position itself comfortably on both sides. China is also said to have established a spy network in Afghanistan, which India helped Afghani agencies bust last year.

China can buy out the Taliban with its deep pockets. Of course, whether Talibani leaders want to get co-opted by China is a separate matter, but if they are willing, Beijing can push unimaginable amounts of money down their throats. In return, the Taliban will have to serve Chinese interests in the region, and Afghanistan will effectively become a client state of China. China also has its BRI interests in Afghanistan to cater to, and it wants to usurp the war-torn country’s $3 trillion worth of mineral resources all by itself.

Iran is in the process of becoming a puppet of China. The two countries have signed a $400 billion strategic deal spanning 25 years, which entails Iran prostrating before Beijing. Iran shares a border with Afghanistan, and therefore, the developments in the war-torn country directly impact Tehran’s interests. Importantly, China has Iran as well as Pakistan to work with, in Afghanistan. For Tehran, the growth and strengthening of the Taliban, however, is a worrying development – primarily due to the Shia-Sunni conflict between them. Additionally, the Islamic State also has a presence in Afghanistan, and Iran has historically fought the IS threat. However, Iran has been compromised by China at a magnanimous level, and its own concerns regarding the Taliban will be overshadowed by what China wants in the war-torn country. Add to that, China is perhaps the only market for Iran to export its oil. So, it cannot antagonise Beijing at any cost.

A Sino-Iranian Axis in Afghanistan, with a tinge of Pakistan too

Just like the alliance between India and Russia when it comes to Afghanistan, China is also looking to create its own front for advancing its interests in Afghanistan. China knows it can achieve nothing alone. It needs to have partners who are willing to exploit Afghanistan alongside it.

Moving forward, Afghanistan is set to become a ground for some major regional powerplay. India and Russia will take on an unholy alliance of China, Iran, and Pakistan. The U.S.’ war in Afghanistan might be coming to a close, but the regional war between major powers is only beginning.