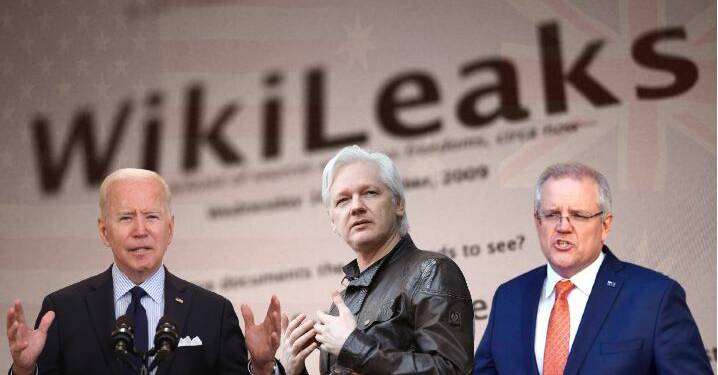 After being abandoned by governments world over and being hounded by consecutive US governments, Julian Assange is getting support from the Australian Parliamentarians. WikiLeaks founder Julian Assange’s future hangs in the balance as the US appeals a UK decision not to extradite the Aussie to face espionage charges. Although his extradition was stopped due to health grounds, a UK court is allowing the US to appeal against the extradition ruling. Meanwhile, bipartisan support in Australia is piling up to exert pressure on President Biden to stop the procedure.

In Australia, there has been a rising call to put pressure on the Biden administration to stop its efforts to extradite Julian Assange. 11 federal MPs from different political parties, in a way representing the whole of Australian political spectrum have urged Washington to drop the espionage accusations against the Australian citizen as well as asked the British government to allow Assange’s return back home. Earlier, more than 600,000 Australians signed a change.org petition demanding Assange’s release and an end to the legal precedent of the United States extraditing a non-US citizen for exposing the misconduct and underhanded activities of the US government. This could lead to a clash between the US and Australia.

When presented to the International Criminal Court in The Hague earlier this year, it became the largest petition ever to land at the door of that institution and the petition has shown the politicians in Australia that they need to take up this cause, if they want a large chunk of Aussie votes to come in their kitty.

The petition is a serious issue in Australia as it was mentioned by RT. The Aussies take their petitions seriously. When the government threatened a hike in the price of beer back at the turn of the 21st Century, 800,000 angry Australians put their names to paper – never mind e-petitions – in a show of people power that gave the politicians one choice: abandon their futile quest. If anything, this incident made the Australian politicians realise the importance of taking these petitions seriously.

As Julian Assange is being tried to be extradited to the United States, senior Democrats have claimed that Julian Assange should be held accountable for Wikileaks’ theft of Democratic emails during the 2016 presidential election, which they blame as the major reason for their loss. The Democrats have blamed WikiLeaks’ involvement with the hacking of the Democratic National Convention (DNC) server and the email account of Hillary Clinton’s campaign manager John Podesta during the 2016 election campaign. The thing to notice here is that these people were not concerned by the wrongdoings they did, but were angry because it was released in public.

This was among many other reasons that have led Joe Biden and the Democrats to hate Julian Assange. Given as Barack Obama’s vice president in 2010, Biden described Julian Assange as a “high-tech terrorist.”

Now a UK judge has granted the US permission to appeal a ruling that refused Julian Assange’s extradition. In January, a British judge denied a request to extradite Wikileaks founder Julian Assange to the United States to face spying charges. The extradition of the Aussie was first denied on health grounds, and Julian Assange has been detained since his detention in Ecuador’s London embassy in April 2019.

So far, Scott Morrison has refused to back the campaigners however, the growing domestic pressure and the increased support it is gaining among the parliamentarians, Morrison is bound to feel the pressure. The extradition is “contradictory to the notion that the Biden administration is a champion of the free press,” said David Snyder, executive director of the First Amendment Coalition, an advocacy group based in San Rafael. While it is amply clear that behind the facade of virtue signalling, Democrats have been the biggest critics of Mr Julian Assange. And as the Scott Morission government is forced to put forward the voices of Australian citizens, it could lead to a clash between the US and Australia.