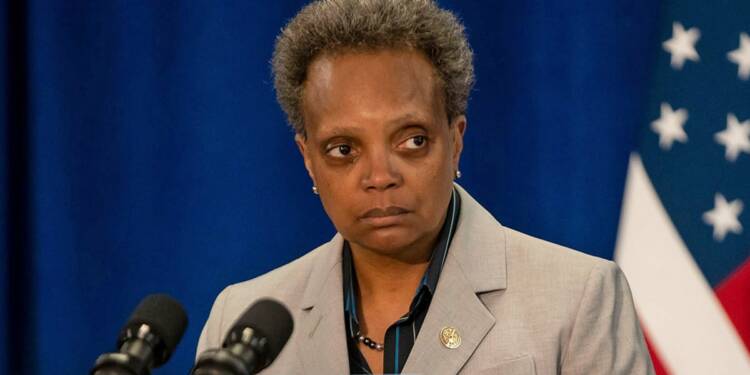 Society in the USA under the democrats and the extreme left has digressed to an ugly place. While the Critical Race Theory and other aspects are creeping into the school life of the US schools, there are even worse things starting to happen in the regions governed by people who are considered to be the most woke and left-leaning Democrat governors. Chicago Public Schools has launched a new programme in which condoms are distributed to fifth-grade primary school students. Incoming pupils will have access to 250 condoms each elementary school, while high schools must have 1,000 on standby.

The fact that these developments are taking place in Chicago goes on to show about the leadership and the ethical character of the Mayor of the city. The policy, passed by the CPS Board of Education in December, also ensures that students have menstrual products, masks and other health products. “Young people have the right to accurate and clear information to make healthy decisions,” the paediatrician added. “They need access to resources to protect their health and the health of others as they act on those decisions.”

The Chicago Mayor Lori Lightfoot has already gathered enough dirt for the catastrophic policies in the city. Earlier as the City Council voted to expand security for immigrants under the city’s sanctuary city rule, Mayor Lori Lightfoot blasted two aldermen for making “racist” and “xenophobic” remarks. Ald Anthony Napolitano (41st) and Ald Raymond Lopez (15th) were blasted by the Mayor, who both opposed modifications to the Welcoming City ordinance. She said, “Being an immigrant is not a crime, I just have to say, shame on you.”

And now the city is observing one catastrophe after another happening quite frequently. As per reports, the board of education’s policy passed in December and mandates all institutions serving fifth grade and older to have a “condom availability program.” According to the policy, dishing out contraception to minors who have largely yet to undergo puberty is “medically accurate” and “provides strategies to support all students that are inclusive of gender identity, gender expression, sexual orientation, sexual behaviour, race, and disability.”

Read more: Chicago Mayor Lori Lightfoot is turning Chicago into a haven for criminals. And detractors are being labelled racists

The Chicago Department of Health will provide thousands of condoms to 600 Chicago schools. Doctor Kenneth Fox, who works for the district, told the Chicago Sun-Times that he believes it is a sensible precaution, despite the fact that many of the students getting the prophylactic are only in fifth grade. However, as one must have predicted, the policy is guided by critical race theory dogma. Chicago Public Schools released an “equity statement” in the policy that states it “seeks to mitigate the effects of numerous inequities experienced by CPS students, such as access to sexual health education and services.”

The parent of a high school sophomore in Chicago, Maria Serrano, told the Sun-Times the district is out of line. “My question is, ‘Oh my G-d, how is it that CPS wants to give condoms to kids?’” said Serrano. “They are 10 years old, 11, 12. They are kids. So why is CPS thinking about providing condoms?” When one may think things cannot be more preposterous, the left comes up with the idea of allowing casual sex among small children who have just entered puberty or even not even at that age, thus making condoms available in the schools, and the reason for this? Fighting racism.