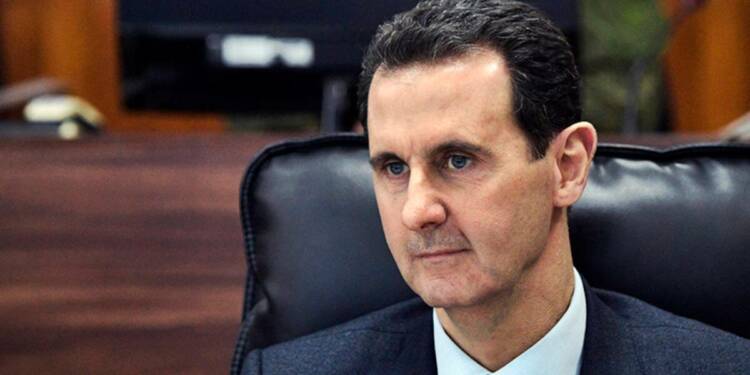 Syria’s Bashar al-Assad has emerged as a giant slayer. He has withstood a regime change war mounted by the United States and its allies. Belonging to the Shia Alawi minority sect in Syria, Bashar al-Assad is an eye doctor. During the Arab Spring demonstrations triggered by the then Obama administration in the United States, Sunni Muslims and the Muslim Brotherhood had mounted an aggressive onslaught on Assad’s regime – pushing the country into a massive humanitarian crisis which lingers on to this day. Assad was depicted as the evil-incarnate. He was shown as a mass murderer, human rights abuser and a man who had no right to remain in power.

Ten years later, Bashar al-Assad’s regime in Syria has remained unscathed. Those who wished to see his regime thrown out of Damascus have failed in their efforts. In fact, neighbouring countries which supported the Obama administration’s regime change war in Syria have now fallen in line, and are seeking a rapproachment with Bashar al-Assad. Kuwait and Jordan, Greece and Cyprus – all of which have condemned the Syrian leader at one time or another – have recently announced reopening of their embassies in Syria’s capital- Damascus.

Oman has also appointed a new ambassador to Syria. The leader of the Muslim and Arab world – Saudi Arabia has been holding secret talks with Syria, and most recently dispatched its intelligence chief to hold deliberations with the Assad regime. According to a Syrian Ministry of Foreign Affairs official quoted by Al Jazeera, “Mohamad Bin Salman instructed his team to reassure Syria that he does not want regime change against Bashar, and that Syria, as a brotherly Arab nation, should naturally be close to Saudi Arabia”.

Within Saudi Arabia, and consequently, all across the Arab world, the political mood regarding Syria and Bashar al-Assad has changed, and realisation has dawned upon former regime change proponents of the region that they must keep up with the changing times and accept the reality in Syria. The United States recently dropped sanctions against two businesses belonging to a Syrian entrepreneur linked to the Assad regime. Therefore, all major powers which wanted to overthrow Bashar al-Assad now seem to be approaching him with bowed heads and olive branches, asking for forgiveness for their needless warmongering and regime change efforts which have only ended up in embarrassment.

Read more: Assad is a pariah for the West, but Saudi and Israel may extend an olive branch

Almost coincidentally, the demonisation of Bashar al-Assad by mainstream media has come to a screeching halt. The Democrats had collaborated with their media stooges to portray Assad as a monster who molested the human rights of Syrians. This was done back when Barack Obama was trying to overthrow Assad. Assad was accused of all sorts of abuses. He was accused of using chemical weapons against civilians and of killing thousands only to hold on to power.

That the Arab Spring protests of Syria were funded and orchestrated by the extremist Muslim Brotherhood and the Sunni world at large was given a complete pass by liberal media. A President – belonging to the minority Shia Alawi sect, and who is an ophthalmologist by profession, was accused of being a totalitarian despot. Why, you may ask?

Because Bashar al-Assad was a friend of Russia. There really is not much to this story, except the fact that warmongering Democrats were rattled by the friendly ties between Syria and Russia – to the extent that they even supported Salafist, extremist organisations to control Syria in place of Assad. In 2015, however, Russia entered Syria and changed the equations completely. The regime change forces were forced out of Syria with tails between their legs. Today, most of Syria is controlled by Assad’s regime.

Assad not just survived an extravagant regime change war, but also fought local militias targeting him. All of this, while Syria was battered with sanctions. The militant groups have been knocked out almost completely and the ISIS, too, doesn’t exercise much influence in the war-torn country now. For the establishment politicians in the US and the Obama-era propagandists, a peaceful Syria under the control of Bashar al-Assad is a PR disaster. Be that as it may, Syria is under the emphatic control of Bashar al-Assad today.

The reality is that the West and its allies lost the war in Syria, leading to Bashar al-Assad emerging as a giant slayer. A regime change war, international propaganda, local militias and the Arab Spring – Assad has survived it all. That is what troubles his haters so much – his ability to survive the most trying of times.