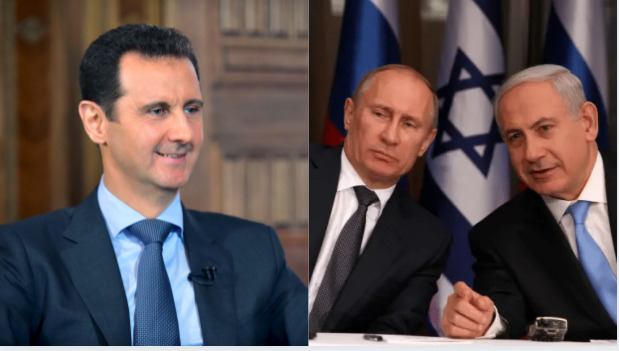 The West tried all it could to effectuate a regime change in Syria. Russian intervention in 2015, however, turned the tables in favour of the Bashar al-Assad regime. Now, Assad has won a spectacular victory in the Syrian presidential polls, with over 95 per cent of the total ballots cast in his favour. While the United States and other ‘democratic’ powers of the West have dismissed the elections as a farce, Russia has welcomed Assad’s decisive victory. However, the Gulf states led by Saudi Arabia and Israel are also viewing Assad’s victory as a positive development for the region.

Syria – seen as a pariah in the Saudi-led Arab world since the Spring revolution of 2011, is beginning to be accepted by the Gulf once again as a part of their own. On its part, Saudi Arabia has resumed diplomatic dialogue with Syria after a decade. Earlier this month, Saudi Arabia’s intelligence chief, Khalid al-Humaidan, met his counterpart in Damascus and offered to restore relations and provide the government with financial aid through humanitarian channels. The catch? Syria will have to abandon Iran.

The condition of the Assad regime breaking up with Tehran has reportedly been rejected – although the diplomacy between both countries is continually progressing full swing. It would not be surprising if Riyadh were to ultimately convince Syria to split with Iran, keeping in mind the urgency with which the war-torn country needs to be reconstructed. Currently, Syria is in shambles. Infrastructure has been destroyed, its economy is in the doldrums and its only major friends include Russia and Iran.

As such, Bashar al-Assad faces an uphill task of rebuilding a country and economy torn by war. The United States-led world order has made it clear that Damascus should not expect help or support of any nature till the time Assad remains in charge. Therefore, the Syrian leader has nowhere to turn but to the Saudi-led Arab world. Saudi Arabia is willing to provide all help – with the condition that Syria distances itself from Iran.

Meanwhile, a delegation from the Syrian regime arrived in the Saudi capital last week, in the first public official visit to the kingdom since the outbreak of the Syrian revolution in early 2011. The delegation was led by Syrian Tourism Minister Muhammad Martini – who was invited by Saudi Arabia to attend the 47th meeting of the World Tourism Organisation Committee for the Middle East and the inauguration of the Middle East Regional Office and the Tourism Promotion Conference which was held in Riyadh on 26 and 27 May.

Diplomacy is evidently progressing at an unprecedented pace between Damascus and Riyadh. Syria’s re-entry into the Arab world now seems inevitable. That being said, Syria is not just noticing positive overtures from Saudi Arabia’s side. As a matter of fact, Israel too is said to be viewing Assad’s victory and his regime’s continuance as a positive development.

According to an analysis by Haaretz, the relationship between Israel and Syria has been strengthened by understandings between Israel and Russia, and recently with the Gulf states, especially the United Arab Emirates (UAE) and Bahrain, which were added as anchors to guarantee quiet with Syria because of their renewed ties with the Syrian regime. Israel and Syria sure have their fair share of tensions – especially owing to the Israeli control over the strategic Golan Heights.

Read more: As Putin douses the fire in Ukraine, the Biden administration now tries to re-ignite tensions in Syria

However, for Israel, the existing situation with Syria is the best it could hope to achieve. The Assad regime is not looking for a direct or even indirect war with Israel, and it does not even respond to Israeli attacks on Iranian targets in Syria. Also, Israel during the Syrian war stayed away from regime change attempts – which is why Assad has a soft corner for Tel Aviv.

While Bashar al-Assad is a pariah for the Western world, he is being increasingly accepted by the Saudi and Israel-led Middle Eastern order as the natural leader of Syria. This is a massive victory for Russia and an equally humiliating loss for the American deep state.