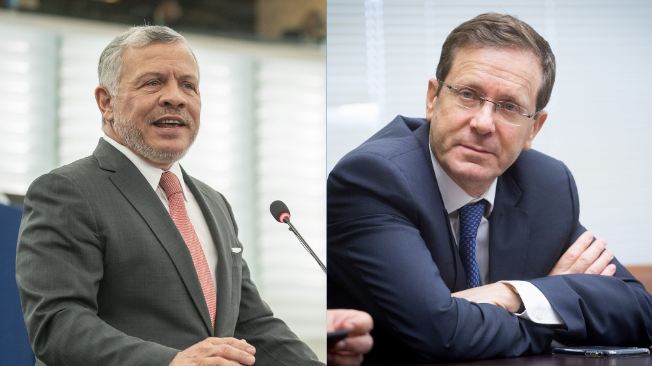 Lebanon and Iraq: what they do have in common? Indeed, their allegiance towards the Islamist regime of Iran is what makes them of the same class. Jordan seems to be the next in queue. Owing to its vulnerable position, and in order to gain some short-term benefits, Jordan recently struck a deal with Iran indirectly via the client state of Iraq. Jordan pledged to transport Iraqi oil through its territory to Egypt, and then across the Mediterranean via pipelines. Israel, however, seems to be the least pleased with this development. Israel has now resorted to pull the plugs on this budding relationship, and is vigorously striving for rebuilding its ties with Jordan.

Read More: To get protection and some short term benefits, Jordan has signed a deal to become another Iranian client state

Israel is well known to lavish significant economic gains to the countries in order to win geopolitical favours from them, and Jordan is no exception. Recently, Israel’s Prime Minister Naftali Bennett and King Abdullah secretly met in Amman, where Israel struck a deal to sell Jordan an additional 50 million cu.m. of water this year, and allow Jordanian imports to the West Bank to go up from $160 million last year to about $700m. This was followed by a public meeting between Israel’s foreign minister Yair Lapid and his Jordanian counterpart Ayman Safadi last Thursday.

Bennett and Abdullah are expected to hold separate meetings with US President Joe Biden in Washington this summer, and this could also pave way for the further betterment of ties between Israel and another Arab state. Jordan’s relationship with the USA got blighted under the former President Donald Trump’s administration because of his peace plans to resolve the Israel-Palestine conflict. When Trump made an attempt to bring Israel and the Arab countries closer, Jordan’s King Abdullah II started weaponising Islamic sentiments about Jerusalem. The Hashemites felt that any agreement (deal of the century) between Saudi Arabia and Israel over Jerusalem could erode Jordan’s control over the Al-Aqsa Mosque compound.

Now, with Joe Biden in charge of the White House, the ties between USA and Jordan; and eventually between Jordan and Israel are set to return to the upward trajectory.

There is no doubt that Jordan is experiencing great financial difficulties as a result of COVID, corruption, mismanagement, a lack of natural resources, and particularly water scarcity. Amelioration of the ties between Jordan and Israel can help the former overcome its financial woes. Even Jordan realizes that Iran is a lost cause when it comes to harness the economic gains from its bilateral relationship with the sanctions-ridden Iranian economy.