Bollywood is a distant liberal cousin of Hollywood, but Indians don’t allow them to set the narrative 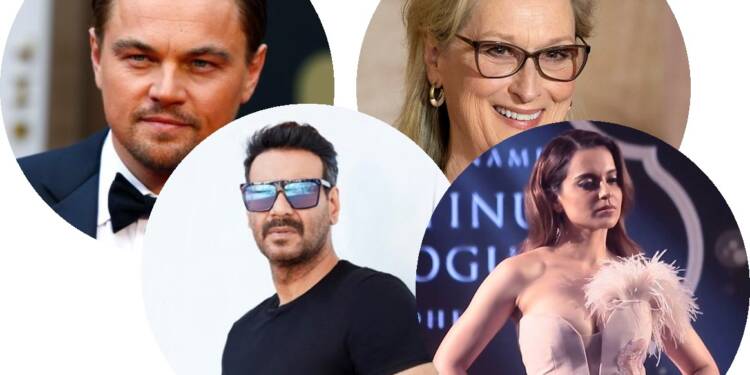 We all know what Hollywood is. The industry has given not just the United States of America, but the entire world cinematic masterpieces to relish for aeons to come. That was back when a woke pandemic did not grip the United States, and public discourse was still sane. Now, everything has been reduced to binaries – except gender, of course. Hollywood was a glorious industry, once upon a time. Sure, it had its downsides as well, but that’s just the case with every sector. Now, if someone were to set out to find the good in Hollywood, they’d need to be armed with a gigantic magnifying glass and loads of indifference to public opinion.

Hollywood has become a den of liberals and far-left activists. Sanity, morals, decency and freedom of speech are no longer to be found in what remains of Hollywood. This was not always the case. Hollywood too was a democratic and diverse industry, with a fair share of conservatives thriving in it. Today, to be a conservative in Hollywood is simply akin to committing suicide. One is slandered, berated, hounded, singled out and declared an outcast simply for having a conservative slant these days.

Hollywood today is beyond redemption due to a multiplicity of reasons. However, a major cause of the industry’s moral demise has been the silence of American citizens when conservatives were being systematically side-lined and ostracised for their political beliefs. The American audiences should have immediately risen up against the silencing of an entire section of actors by liberals. Yet, they went on silently accepting the same silently – fearing failure and backlash. The result today is that Hollywood has become a homogenously deracinated industry that panders only to the Left – unapologetically so.

From talk shows to films, from series to comedy shows – Hollywood has shoved toxic liberal agendas down the throats of all audiences. And the audience has been unable to take concrete steps to counter the singling out and extermination of conservative thought in Hollywood. Arnold Schwarzenegger was the Republican governor of California. Can some actor today decide that he wants to run for office on a Republican ticket? They’d be hounded to the moon and back by liberals and the cancel gangs of America.

On the other hand, if you’re a Democrat and a liberal, you can even get away with the sexual harassment of multiple non-consenting individuals. Consider the case of Andrew Cuomo, for instance, and try to recollect how many Hollywood stars spoke against the Democratic governor of New York. The Golden Globes, which is the biggest ‘political platform’ so-called ‘Hollywood elites’ have used in the recent past to attack Donald Trump and conservatives, had no speeches meant to condemn Cuomo for his sexual misconduct.

In 2016, a long-time Republican socialite and a Hollywood insider, Caitlyn Jenner was ridiculed for supporting Donald Trump. There was a lot of outrage when Vince Vaughn was spotted fraternizing with Trump at the NCAA National Championship game last year.

Celebrated singer and actor Pat Boone noted in a 2018 interview that conservative stars in Hollywood are wary of publicly discussing their personal politics for fear of public backlash. “There used to be more of us,” the 84-year-old told The Hollywood Reporter Monday. “Tom Selleck, Jon Voight, Bruce Willis, who were outspoken, but they’ve been browbeaten and ridiculed, which is the main instrument on the left to shut us up.” In September 2017 “Eyes Wide Shut” actress Julienne Davis told Fox News one of the riskiest decisions of her life was coming out “of the conservative closet.”

Evidently, the environment is hostile towards conservatives in Hollywood. However, these conservatives should have come together, mobilised public opinion in their favour and have fought the war against Hollywood liberals instead of cribbing about their fate and the hostile environment they face.

Bollywood is India’s Hindi film industry based out of Mumbai. It is the world’s biggest film industry. Like Hollywood, it is also infested with liberals. However, Indian audiences are smart. They have not allowed these liberals to overpower public and national discourse with their mediocre films. As opposed to Hollywood, it is the liberal in Bollywood who tries to keep away from making political comments. Those who do are made to face the might of Indian conservatives.

Make no mistake, the fate of Bollywood would have been similar to that of Hollywood. Liberals would have hegemonized the industry and dolled out their propaganda regularly. However, Indian audiences make it a point to boycott such propaganda and stand up against it. Liberal propaganda is boycotted and vehemently protested against, leading to monetary losses for such films or series.

Sensing the mood of the Indian audiences, who simply do not want liberal propaganda being served to them as cinematic content, Indian film producers and actors choose to associate themselves with strong cultural, historical and patriotic projects. Notable among such personalities are the likes of Ajay Devgn, Akshay Kumar and Kangana Ranaut.

No doubt, Bollywood too is replete with liberals. However, conservatives in the industry have freedom as well. Add to that, the Indian audiences do not let liberals have a free run. Had American audiences been able to bog down liberals while they were engaging in their sick moral grandstanding and propaganda, the American film industry would have been salvageable. Until the American audiences take the onus of straightening Hollywood themselves, liberals and far-left activists will continue having a free run – and will keep attacking the American way of life.