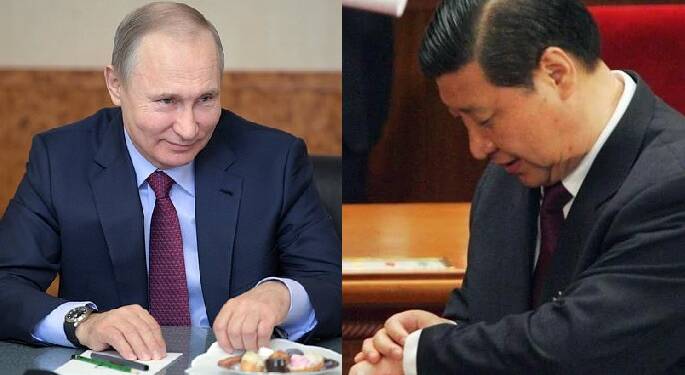 Since the fall of Soviet Union, Russia has for the longest time stayed away from the South East Asia region. However, as the importance of Indo-Pacific has gained ground, and the centrality of South East Asia has been confirmed, Moscow is back at increasing its influence in the region. After largely disappearing from the region following the end of the Cold War, Russia is becoming a more visible presence — mainly thanks to arms sales but also promises of COVID-19 vaccines and efforts, to strengthen weak trade ties. By making the efforts, Russia is able to eat into the shares of Xi Jinping’s China in the ASEAN region, while they watch helplessly.

Between 2000 and 2019, Russia was Southeast Asia’s greatest armaments supplier, with shipments of $10.7 billion. For the same period, the United States made $7.9 billion in sales, while China made $2.6 billion. Russian arms exporters have fewer reservations about selling their newest equipment to Southeast Asian consumers than their American or European counterparts. They also provide more affordable deals, free of clear political ties. Moscow is also willing to accept barter payments from countries with excess commodities but low foreign reserves.

According to the ISEAS analysis and as reported by Nikkei Asia, Vietnam is Russia’s main Southeast Asian armaments customer, accounting for 61 percent of sales over the last two decades. Submarines, frigates, fighter jets, anti-aircraft missile systems, and tanks were among the $7.4 billion worth of weapons sold to Vietnam by Russia between 1995 and 2019. Their most well-publicized deal was a $350 million contract for a dozen combat training aircraft signed in July 2019.

On a smaller scale, Laos has progressively increased its Russian weaponry purchases and brought in Russian military experts to assist in the construction of an airstrip. Laotian troops will take part in counter-terrorism drills in Russia’s Far East next month, marking the second time the two forces have practiced together and the first time on Russian land.

The Russian Federation stands firm on the adherence to international law and UNCLOS while supporting the 2002 ASEAN-China Joint Declaration on the Conduct of Parties in the South China Sea. The key fact, therefore, is that Russia is arming the ASEAN nations. Most recently, President Rodrigo Duterte of the Philippines noted the positive developments in the procurement of 16 heavy-lift helicopters, adding that the Philippines “looks forward to cooperating with Russia to speed up modernization of defense assets and systems.”

The military regime of Myanmar and their Russian counterparts earlier discussed the resumption of the Pinpet project during a meeting in Naypyitaw between the Russian ambassador to Myanmar, Dr Nikolay Listopadov, and Dr Charlie Than, the regime-appointed Minister of Industry. In late March, Deputy Minister of Defence Alexander Fomin became the highest-ranking foreign official to attend Myanmar’s Armed Forces Day parade in the capital, Naypyidaw, demonstrating Russia’s support for the junta. Fomin met with junta leader Senior General Min Aung Hlaing while the military was aggressively suppressing protests. Myanmar, he said, is Russia’s “reliable ally and strategic partner in Southeast Asia and the Asia Pacific,” and Moscow “adheres to the strategic route of improving relations between the two nations.”

Furthermore, many Southeast Asian countries have turned to Russia’s Sputnik V vaccination for help. The shot has been registered in Vietnam, Laos, Myanmar, and the Philippines. Indonesia and Russia are apparently looking into collaborating on vaccine production, while Thailand announced in April that Putin had personally offered to arrange a supply. Malaysia has also placed an order for 6.4 million doses, though the country’s medicines regulator has yet to approve the vaccine.

As per reports, while weapons may be a ‘trump card’ as Mosyakov contended, there is no denying Russia’s trade and investment figures with ASEAN are dwarfed by those of the U.S., China, Japan and Europe. The level of comfort with deeper Russian engagement among ASEAN governments remains to be seen. When over 1,300 specialists from around the EU were polled in late 2019 about their ideal ‘third party’ to counter the US-China rivalry, Japan and the EU were decisively supported, with 38.2% and 31.7%, respectively. Russia received 6.1% of the vote, although it was more popular in Laos (26.1%) and Myanmar (10.2%). By strategically taking advantage of the concerns ASEAN has about China, Russia has successfully eaten into China’s share of influence in the region.

After India’s successful IT regulations against American Big Tech, Vietnam begins choking them too