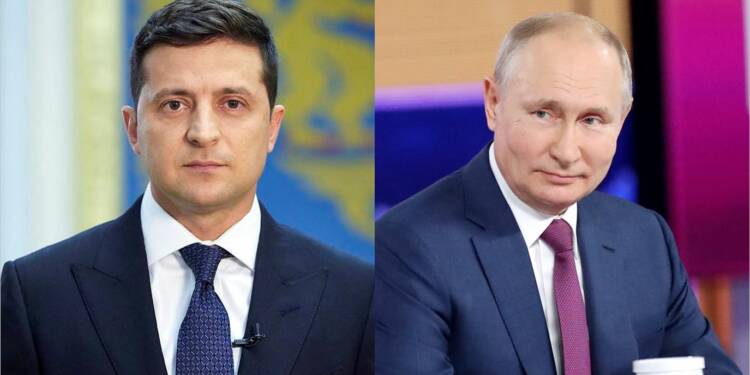 The Biden administration for some unfathomable reasons is consistently trying to create a war-like situation with Russia. Be it the support to Ukraine and meddling in the affairs which concern Moscow and Kyiv, or conducting military exercises in the Black Sea and encouraging NATO member countries to take as escalatory actions as possible. Despite these actions and a Ukraine with inflated confidence because of the presence of the USA, Russia has stamped its authority over Crimea and the surrounding region. As per the latest reports, Russia has transferred 21,000 troops to Crimea and is building a military town.

According to Rubryka, the ombudsperson Liudmila Denisova reported on Telegram. She stated that the occupying state had begun construction of a new regimental military settlement for 300 personnel, according to the information she got in Feodosia. In addition, the enemy relocated roughly 21 thousand special forces personnel and 1367 vehicles and special equipment to the peninsula under the guise of mitigating flood damage. “Besides, there are more than 31,000 privates and commanders of the armed forces of the occupying country on the peninsula,” Denisova reminded. These actions have come in response to the increasingly intimidating actions from the US and its NATO allies.

In late June, the UK’s HMS Defender purposefully sailed into Crimean territorial waters on its way to Georgia, in a shockingly confrontational move. Russia warned that it would bomb British vessels if there were any aggressive actions by Britain’s Navy off the coast of Russia-annexed Crimea. Russia has seemingly warned Britain, but Moscow’s message was really aimed at the USA, NATO and Turkey. Russia even summoned the British ambassador in Moscow for a formal scolding.

The Kremlin says that the British naval warship breached its territorial waters. Britain however claimed that Russia’s version was inaccurate. It said that no warning shots were fired and that no bombs were dropped in the path of the Royal Navy destroyer (HMS Defender). However, the sensitive defence documents containing details about HMS Defender and the military were found by a member of the public at Kent bus stop and then passed to a BBC reporter which exposed the British version of the story.

Meanwhile, Russia’s Deputy Foreign Minister Sergei Ryabkov said, “We can appeal to common sense, demand respect for international law, and if that doesn’t work, we can bomb.”

Read more: Boris Johnson gets exposed as a gigantic fool as stories about UK’s Russia misadventure get released

Joe Biden and his administration have created a slew of problems for the US and its allies in a record time in office. And as if this was not enough, now he is forcing the hands of the Russian Federation, by doing multiple provocative exercises and including the NATO allies in these events too. NATO reports that it conducted what is described as an air defence exercise in the Black Sea on July 2.

The manoeuvres were clearly separate from the 32-nation Sea Breeze naval and aviation drills that were taking place at the same time. And of the recent port visits and exercises in the same sea by the HMS Defender guided-missile destroyer and the HNLMS Evertsen frigate, the first almost provoking an international incident, if not a war, on June 23. After the submarine sinking exercise, the US took NATO for an Anti-Russia Black Sea Drill.

Read more: Biden wants WW3. After the submarine sinking exercise, the US takes NATO for an Anti-Russia Black Sea Drill

While the USA and its NATO allies including the UK are trying to ramp up their involvement in the Black Sea and Ukraine, Russian President Vladimir Putin has sent a clear message by swelling up the military presence in Crimea. Russia has made it clear that it will not take any excessive provocation lightly and will respond in kind. By building a military town in Crimea, Russia has not only stamped its authority in the territory but also in the larger Black Sea.