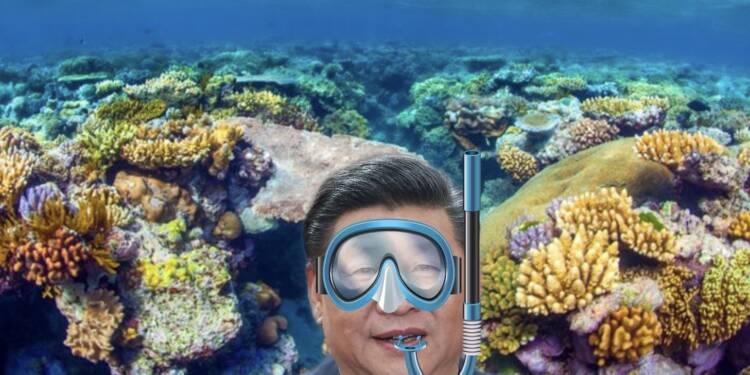 Visibly, Australia prides itself for the Great Barrier Reef islands. However, the United Nations Educational, Scientific and Cultural Organization (UNESCO) is now trying to shut down the Great Barrier Reef islands, snatching the 60,000 jobs from individuals who earn their livelihoods due to the hustle and bustle in the region. The UNESCO wants to make one of the most visited Australian tourist sites an effective no-mans land. Why is the UNESCO doing so, you might ask? Well, China has deep pockets, and it has come to dominate the UNESCO.

Now, UNESCO is functioning as a front organisation of the Communist party of China. Last month, 12 countries in UNESCO’s World Heritage Committee voted for a draft ruling that the Great Barrier Reef islands was in danger of losing its World Heritage status due to the impacts of climate change. Effectively, the UNESCO was on the cusp of downgrading the environmental health status of the Great Barrier Reef islands, thus subverting coastal Queensland’s agricultural, manufacturing and tourism industries.

UNESCO’s World Heritage Committee, by the way, happens to be chaired by the CCP’s Vice-Minister for Education. Fourteen of this co-opted committee’s 21 members have signed Xi Jinping’s neo-colonial Belt and Road Initiative (BRI), binding them in China’s glorious debt trap.

Australia has seen right through China’s attempts at trying to derail the down under tourism industry. Federal Environment Minister Sussan Ley said the process was politicised and didn’t follow due process including a Great Barrier Reef islands site visit. She also alleges that UNESCO “unfairly targeted” Australia over its climate policy.

Ley added, “If it is being proposed on the basis of the very real threat of global climate change, then there are any number of international World Heritage Sites that should be subject to the same process.” Since last month, Sussan Leyhas been busy lobbying Europe to stall the devious Chinese moves at UNESCO. Australian efforts bore fruit as the country received the support from 12 other nations to delay the decision on the Barrier Reef until 2023. This is enough for a clear majority.

China, meanwhile, has said politics had nothing to do with the anti-Australian proceedings of the UNESCO World Heritage Committee. Tian Xuejun, who is the Chinese vice minister of education said, “Australia, as a member state of the World Heritage Committee, should … attach importance to the opinions of the advisory bodies and earnestly fulfill the duty of World Heritage protection instead of making groundless accusations against other states.”

Read more: “It is so intense you can see it from space,” China is dumping human waste in West Philippine Sea

China’s pro activism regarding coral reefs is quite ironic, considering the fact that it is destroying coral life in the South China Sea by building artificial islands for military purposes. China is committing crimes of unimaginable magnitude against nature in the West Philippines.

A US-based expert claimed recently that human waste and sewage from hundreds of Chinese ships parked in the South China Sea and sections of the West Philippine Sea is causing huge marine harm to the resource-rich waters of the region. Chinese ships have been dumping raw sewage on reefs every day for several years in the West Philippine Sea, causing dangerous Chlorophyll-a blooms in the waterways.

While the UNESCO World Heritage tag can encourage tourism by giving an incentive to governments to protect cultural or environmental treasures, for such landmarks to be placed on the endangered list can be a stain on the countries’ honour, with tourism at such sites receiving a massive setback. However, in what is a magnanimous defeat for China, Australia has been able to get the support of the required UN members to avoid an endangerment tag.