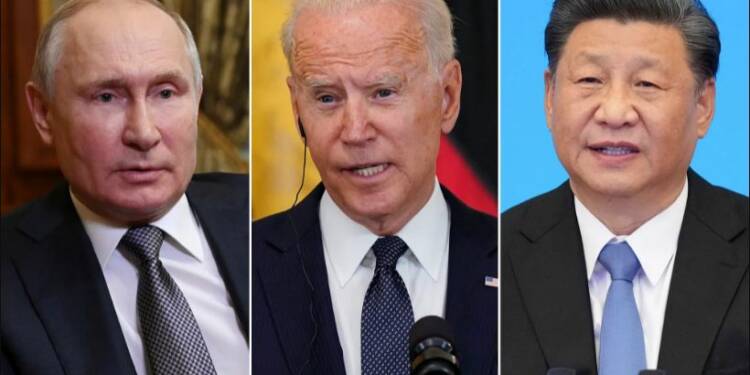 The Biden administration has adopted a foreign policy of following others actions. This is a new low for the foremost power of the world, that is, to be a reactionary power, instead of setting the precedent and agenda for other countries to follow. While the USA was busy making things difficult for its allies in the Middle East, Russia was showing geopolitical astuteness by increasing its engagement in Southeast Asia, at the expense of both the USA and China. And now after a disappointing start, the Biden administration is now increasing its diplomatic engagement with the Association of Southeast Asia Nations (ASEAN), realising the increasing influence of Russia and other players in the region at the expense of the USA.

Secretary of State Antony Blinken and Secretary of Defense Lloyd Austin are leading the charge to win back enraged regional allies and strategic partners who have been concerned by the Biden administration’s apparent diplomatic snub. Blinken stressed shared interests and Washington’s commitment to the regional body’s “centrality” in building the broader Indo-Pacific security architecture in his first meeting with ASEAN foreign ministers. He also called for a unified response to Myanmar’s escalating crisis, while clearly rejecting China’s “illegal” maritime claims in the South China Sea.

These statements seem symbolic as the timing is really off. The whole of Southeast Asia is realising that the statements are coming as other countries like Russia are replacing the US as an alternative to China in the region. Now US Defense Secretary Lloyd Austin is slated to visit the frontline states of the Philippines and Vietnam, as well as the regional hub of Singapore, where he will deliver a much-anticipated keynote speech at the high-profile Fullerton Forum, in an effort to reassure besieged regional states. Biden’s involvement in the ASEAN summit later this year is likely to be the culmination of Washington’s regional diplomacy this year, with a number of critical bilateral talks on the sidelines being hashed out.

The fact that Russia’s engagement in the region has become an undeniable fact, the US seems to have woken up from its Chinese slumber. Between 2000 and 2019, Russia was Southeast Asia’s greatest armaments supplier, with shipments of $10.7 billion. For the same period, the United States made $7.9 billion in sales, while China made $2.6 billion. Russian arms exporters have fewer reservations about selling their newest equipment to Southeast Asian consumers than their American or European counterparts. They also provide more affordable deals, free of clear political ties. Moscow is also willing to accept barter payments from countries with excess commodities but low foreign reserves.

According to the ISEAS analysis and as reported by Nikkei Asia, Vietnam is Russia’s main Southeast Asian armaments customer, accounting for 61 per cent of sales over the last two decades. Submarines, frigates, fighter jets, anti-aircraft missile systems, and tanks were among the $7.4 billion worth of weapons sold to Vietnam by Russia between 1995 and 2019. Their most well-publicized deal was a $350 million contract for a dozen combat training aircraft signed in July 2019.

As Blinken and Austin started on shuttle diplomacy to Northeast Asia, the Middle East, and Europe, apparently avoiding Southeast Asian countries along the route, ASEAN believed it was getting the cold shoulder from Washington. Technical issues infuriated Southeast Asian foreign ministers looking at a blank screen during a hurriedly planned online meeting between Blinken and ASEAN diplomatic chiefs earlier this year. The later deployment of Deputy Secretary of State Wendy Sherman by the US proved to be too little, too late, as it missed a number of major US friends in the region who have faced Chinese maritime assertiveness in recent years.

No one would believe that these actions are a late response to the increasing Chinese assertiveness in the region. The real reason is that the Biden administration does not care if the region is overtaken by the CCP, but the fact that Russia was replacing the USA in the region as a major player has infuriated Biden and he has woken up from his Chinese slumber.