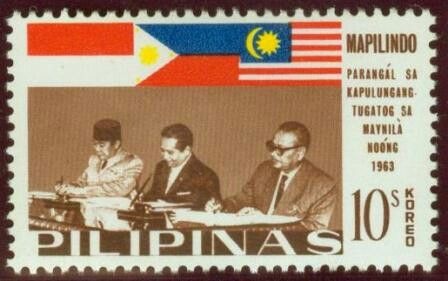 Maphilindo : As China ostensibly aggrandized itself in the past few decades, what followed was a series of blatant hostility against comparatively tiny Southeast Asian nations. The region is divided into numerous smaller states which provides China with an opportunity to exploit their divisions. Undoubtedly, formation of Association of Southeast Asian Nations (ASEAN) has brought all the countries economically together; however, the differences are still discernible on the issues pertaining to regional security.

Long story short, ASEAN in its current form is cogently impotent to deal with the Chinese menace, and a far better connectivity and integrity among the regional powers is the need of the hour. One way to realise this dream is to resuscitate the idea of “Maphilindo” or the Greater Malayan Confederation.

Maphilindo was a proposed non-political union or confederation of three Southeast nations in the Malay Archipelago. The Acronym Maphilindo stands for Malaysia, The Philippines and Indonesia. Maphilindo was initially proposed as a realization of Filipino national hero Dr. José Rizal’s dream of uniting the Malay peoples, seen as artificially divided by colonial frontiers.

1963 was also the year of Malaysia’s independence. A new state was to be formed out of British-ruled territories of Malay Peninsula and the Island of Borneo. On the other hand, the Philippines and Indonesia had become independent much earlier.

The USA approved the foundation of the Philippines in 1946 while the Dutch colony of Indonesia gained independence in August 1945. Thus, despite its promising perspective, Maphilindo was also perceived as a tactic employed by the Philippines and Indonesia to hinder the formation of the Federation of Malaysia as Malaya’s successor state.

When the Britishers ceded their control over Malaysia, The Philippines and Indonesia strived to make the most out of it. The Philippines had its own claim over the eastern part of Sabah (formerly British North Borneo), while Indonesia protested the formation of Malaysia as a British imperialist plot. 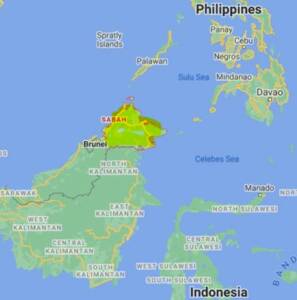 The Indonesians and the Filipinos categorized the signing of the treaty between Britain and the Malaya country as a plot for the former to establish a colony within their borders. The assumption later resulted in heated conflicts between Malaysia, Indonesia and Philippines. Resultantly, the idea of Maphilindo was abandoned just after a month of its inception.

The concept of Maphilindo was indeed ambitious. The state of Maphilindo would have covered more than 2.5 million squares of territory, making it the 10th largest country in terms of size. Moreover, the state would have a firm control over the strategic chokepoints in the region, such as the Malacca strait, the Sunda trait and the Lombok strait. Considering its size, abundant natural and human resources and its geostrategic location, the state of Maphilindo would have been a super state or Superpower of its own. It could have even challenged the rise of China and neutralize its hostile policies in the region.

The US under John F. Kennedy appeared to have given encouragement to Maphilindo as it had hoped that it would reduce the chances of Indonesia from turning communist.

The union fell apart much before it could realise its vast potential.

Owing to the fact that various western powers were involved in furthering the idea of Maphilindo, it would have emerged as a giant, and more importantly, a mighty democratic state right in the face of a belligerent communist China. The geopolitical equation therefore would have dealt a gruesome death knell to Chinese expansionism.

The state would have become a robust partner in the ongoing anti-China crusade of the democratic world. The union fell apart much before it could realise its vast potential. 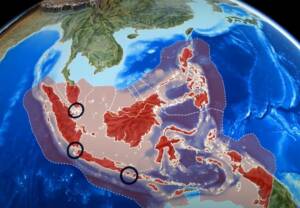 However, it is better late than never to resuscitate the concept of Maphilindo. This would not only deter China from militarizing the South China Sea but also help the three nations to nullify their bilateral territorial disputes and consolidate their firepower against the communist giant in the north. The countries would be able to weed out Chinese influence from their economies and they would firmly exercise more control over the geopolitics of Indo-Pacific region. Interestingly, the rise of a powerful democratic state right in the heart of Southeast Asia would also help the smaller pacific countries in shedding off the immense Chinese influence.

The ASEAN, for long, has found itself squeezed between geopolitical adventurism at the hands of bigger powers like the USA and China. The Philippines, Indonesia and Malaysia being the region’s bigger powers bear the onus to defend Southeast Asia’s territorial integrity and sovereignty against China. In the wake of China’s unprecedented usurping of Southeast Asia’s natural treasure, it’s high time that the three countries strive to work out a strategy to cooperate collectively against Chinese belligerence.