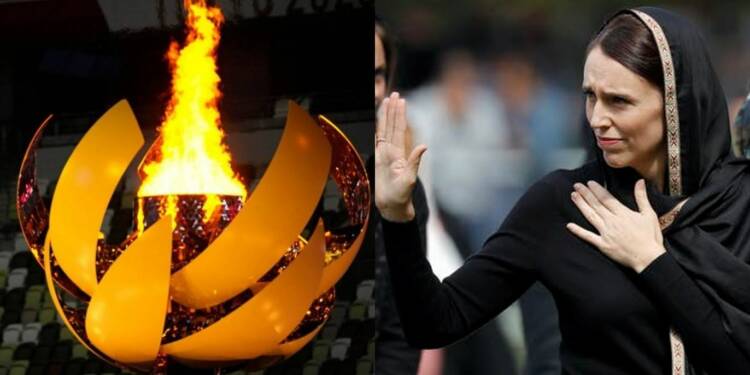 New Zealand under the leadership of Jacinda Ardern is sinking deep into becoming the land of Islamist sympathisers. The appeasement of the extremist Islamists and those who support Jihad against the Jews among other things has gone so far that the New Zealand channel which was tasked with broadcasting Tokyo Olympics, TVNZ, flicked to an ad break during a moment of silence in the Tokyo Olympics Opening Ceremony. The moment of silence was held for the Israeli athletes killed at the 1972 Munich games, marking the first time those victims were formally honoured at the global event.

However, the action by the New Zealand’s broadcaster tells a sorry tale of a democratic country turning into an Islamist safe heaven, where the Ardern government is more concerned regarding appeasing the extremist Muslims and garnering their support rather than standing up alongside the world to show Solidarity for the athletes who were brutally killed. While TVNZ had warned viewers that the coverage would not be continuous, it had also stated that it would only cut to commercial breaks at carefully selected times. And the fact that it selected such a precise moment to cut to a break only reinforces the above point.

The attack on Sept. 5, 1972, happened during the second week of the Munich Olympics. It was carried out by the Palestinian terrorist group Black September, which took members of the Israel delegation hostage and later killed them in a standoff with police. A West German police officer was also killed. It has also been termed as Munich massacre. The Palestinian terrorist group Black September, who took nine members of the Israeli Olympic team hostage, and killed all of them afterwards.

The fact that even when the world was showing solidarity and remorse for the first time with the Israeli people, Jacinda Ardern did not find the deaths convincing enough to give up on appeasing the terrorist and jihadist sympathisers for just once, goes to show her priorities and morals.

It is often the case that too much peace and stability makes societies oblivious about how privileged they are to be a part of it. By becoming a victim of their own privilege, they elect leaders like Jacinda Ardern, who lead their countries straight into a bottomless abyss of hell. Earlier too, her government decided that women from the Muslim community who wish to wear Hijab with their police uniform will now be allowed to do so. It surely opened a pandora’s box of unintended yet highly potent unending steps of appeasement. The latest is visible from the way in which her government shamelessly stopped the Olympic coverage just for the specific time when the silence was being observed for those who died during the Munich Massacre.