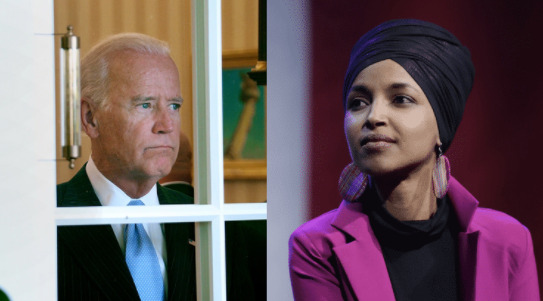 Expectedly, Biden’s first six months in the office have proven to be a disaster for global security. The rivalry between the UAE and Israel has  been reignited, China has been given a blank check in the Indo-Pacific and Biden administration is even hell bent on jeopardizing the ongoing peace talks between Iran and Saudi Arabia. However, every cloud has a silver lining. Last month, U.S. forces decided to launch a barrage against the Al-Shabab extremist group in Somalia. Two strikes were launched against the group in the later weeks of July. A Pentagon spokeswoman, Cindi King, said the airstrikes against Al-Shabab was coordinated with the Somali government and took place in the Galmudug area in central Somalia, in the vicinity of Qeycad.

Al-Shabab’s proximity with Iran is public and abundantly clear. In recent years, there have been increasing signs that Iran and Al-Qaeda’s east African branch – Al Shabaab in Somalia have been growing closer. For Iran, working with non-State actors such as Al-Shabaab and the Houthis in Yemen is an essential part of its strategy, aimed at expanding its geopolitical influence throughout the region. Last year, Foreign Policy revealed that Iran is present in Somalia through the Islamic Revolutionary Guard Corps (IRGC), and the IRGC’s overseas arm, the Quds Force, has established ties with “extremist groups and criminal networks.” Therefore,airstrikes against Al-Shabab such a grave security threat is indeed a laudable step for the world, and particularly for poor Somalis, who deal with the menace at the forefront.

However, the USA’s airstrikes against Iranian linked extremist groups Al-Shabab have prompted US lawmaker Ilhan Omar to go all guns blazing after President Joe Biden, who belongs to the same party as Omar. Within hours after USA’s airstrikes against Al-Shabab, Ilhan Omar dispatched a 2-page letter to the Presidential office, bombarding the president with an Eight-pointer interrogative paper. In her letter, Omar seemingly suggested the Biden administration to halt all kind of military operations against the extremist group, as it could prompt Al-Shabab to carry out more deadly attacks on the Somali people.

Read More: After inciting anti-Semitism and batting for Iran, Ilhan Omar and other extremist Democrats are openly defending China

In her letter she wrote “Under the Trump Administration, airstrikes against Al-Shabab in Somalia increased dramatically with no apparent gains in weakening Al-Shabaab, advancing Somali security and stability, or pursuing American interests in the region. On the contrary, the increase in strikes corresponded with an almost doubling of terrorist attacks on civilians committed by Al-Shabaab. It is critical that we realize we are not going to simply drone the Al-Shabaab problem to death.” Long story short, she is suggesting that Al-Shabab is too powerful for the USA to be taken down, and thus U.S. should let it carry out its illicit practices in open.

In her 8-pointer Question paper, Omar seems to ask the US government to immediately release “condolence payments” to the families of the “Civilians” targeted in the airstrikes against Al-Shabab. Is she suggesting a Hamas-styled funding to the families of deceased terrorists in Somalia? Omar specifically attributed her last two questions to the issue of “condolence payments” to the Somali “civilians” killed in these strikes.

It is more than clear that Ilhan Omar has completely lost her buttons after the targeted attacks on Al-Shabab in Somalia. Far-left Islamist Ilhan Omar, for reasons best known to the Democratic party – is a member of the U.S. House of Representatives. In recent past, she even went on to draw a preposterous link between the USA, Israel, Taliban and Hamas.

Read More: For Ilhan Omar, the US is as good as Hamas and Taliban and now she might lose her seat in the Foreign Affairs committee

Omar recently stated that “We must have the same level of accountability and justice for all victims of crimes against humanity. We have seen unthinkable atrocities committed by the US, Hamas, Israel, Afghanistan, and the Taliban. I asked @SecBlinken where people are supposed to go for justice”, following her probing of Antony Blinken’s opposition to the International Criminal Court’s (ICC) investigation of alleged war crimes committed by US military personnel in Afghanistan, as well as the Israeli military in their conflicts against Arab militias.

We must have the same level of accountability and justice for all victims of crimes against humanity.

We have seen unthinkable atrocities committed by the U.S., Hamas, Israel, Afghanistan, and the Taliban.

I asked @SecBlinken where people are supposed to go for justice. pic.twitter.com/tUtxW5cIow

Omar, masquerading as a progressive democrat lawmaker, is meekly furthering her anti-US and anti-Israel campaign while simultaneously enjoying all the perks of being a lawmaker in the world’s most advanced economy and biggest military power. Now with siding with the Al-Shabab extremists in the USA’s fight against terrorists in Somalia, Ilhan Omar has not only betrayed the people of the USA but also her own people in Somalia who regularly lose their lives to the terrorism and violence perpetuated at the hands of these Islamists.

From LGBT rights to Nord Stream 2: Biden and Merkel are leading a colour revolution against ‘nationalist’ Poland