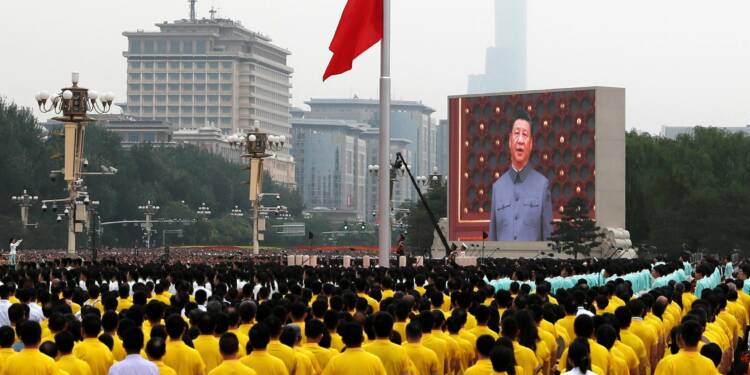 Last year, when the whole world was trying to manage the pandemic which originated in the Chinese city of Wuhan, China tried to claim victory too early and suppressed facts about the new virus. Fast forward to today and now it is entirely in the grip of the third wave of the Covid-19 virus driven by the delta variant which sprung up after months of a ravaging pandemic. In China, the extremely infectious Delta variety of Covid-19 is spreading at a breakneck pace, with cases emerging in the flood-ravaged city of Zhengzhou.

China claimed to have handled the pandemic best during the first wave when its economy recovered, but 18 months later when China should have been able to handle the consequent waves even more efficiently, the Delta variant is tearing the country apart. Its economy is in decline, floods have wreaked havoc, and the people are furious, but most significantly, the delta variety is ripping through the country, affecting more than 15 Chinese provinces.

Earlier, it was the Chinese Communist Party, which had tried to hide the existence of the virus and when the existence was revealed, Beijing tried to persuade the world that it was not that dangerous. In its efforts to fool the whole world, World Health Organisation became its handyman and tried to make the case for the same. Later on when it was revealed that the virus most certainly has originated in the Chinese city of Wuhan, WHO played devil’s advocate and said that there was no substantial evidence to prove the same. It even conducted a botched-up enquiry to support the Chinese Communist Party’s claims.

Read more: China floods its villages to save its cities. Chinese media praises the supreme sacrifice of the villages

After fooling the whole world, China has found itself in the grip of the delta variant and there cannot be any worse time for it to happen. To explain the extent of the problem one should understand the fact that over 1.2 million residents were placed under strict lockdown for the next three days in the central city of Zhuzhou in Hunan province Monday, as authorities roll out a citywide testing and vaccination campaign, according to an official statement.

Since July 20, Nanjing has reported 190 locally transmitted cases, with a total of 262 cases across the country, according to numbers released on Saturday. The Nanjing outbreak has spread to other towns in Jiangsu, as well as Beijing, the country’s capital, and provinces such as Anhui, Sichuan, Liaoning, Guangdong, and Hunan. Suzhou, a major Jiangsu city, stated on Saturday that it is closing all chess, card, and mahjong parlours after several people in another Jiangsu city contracted the virus while playing in one of these parlours.

The situation is so serious that the very people who were praised for good management are been sacked. On Saturday, Fu Guirong was ousted as party secretary and director of the city’s health commission by Zhengzhou’s senior party body. Ma Shuhuan was also fired from her post as party secretary of Zhengzhou’s Sixth People’s Hospital, an important medical facility in the city, by the city’s health commission. Last year, the local administration praised both officials for their efforts in combating the coronavirus.

Just as the very people who were praised last year are getting punished, Karma seems to have struck China, thanks to the Chinese Communist Party that tried to hide the COVID virus and rising cases last year and even catalysed its spread with no curbs on the travel from and to the hotspots. But now it is facing the wrath of the delta variant and as the country is already facing a weakening economy and floods wreaking havoc, the impact is going to be way worse.