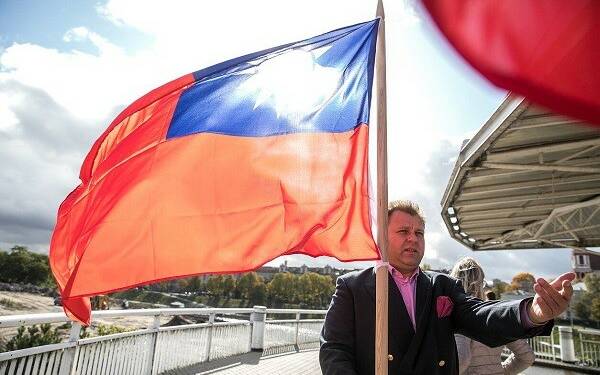 The transition of Eastern Europe from becoming friends with China to now becoming wary of Xi Jinping and the Chinese Communist Party, is an interesting subject. This transition is best encapsulated by the diplomatic actions taken by the Baltic nation of Lithuania. Being part of the Soviet block and having a recent historical memory of communism, Lithuania has a specific hatred of this ideology. While as part of Beijing’s 17+1 initiative, it tried to give China a chance, but soon afterwards, it pulled out of the initiative and has galvanised its opinion of China once and for all.

This is very reminiscent of how Iceland became the first country to recognise Lithuania post the disintegration of the Soviet Union. Iceland was the first nation to officially acknowledge the former Soviet state’s independence, and Lithuanians commemorating the historic day in Vilnius’s Islandijos (Iceland Street) were eager to accept the North Atlantic island’s gesture. Similarly, the actions of Lithuania are leading it to the natural destination of recognising Taiwan as a full-fledged country. As and when this happens, it could trigger a chain reaction which can see more and more European nations recognising Taiwan, thereby sticking it to China that it cannot browbeat countries into submission.

Foreign Minister Gabrielius Landsbergis, the grandson of a renowned post-Soviet independence leader, led a center-right coalition to power in Lithuania in October 2020, supporting a “values-based foreign policy.” Following Lithuania’s withdrawal from Beijing’s “17+1” cooperation bloc with Central and Eastern Europe in the spring, the country began to promote deeper ties with Taiwan by shipping COVID-19 vaccines and agreeing to establish mutual representative offices.

Read more: China’s delicious meltdown after Taiwan uses its own name at the new Lithuania office

Against this backdrop, the United States welcomed Lithuania’s move to open a Taiwan Representative Office in its capital. In a statement, its de facto embassy in Taiwan said, “All countries should be free to pursue closer ties and greater cooperation with Taiwan, a leading democracy, a major economy, and a force for good in the world.” Calling the move “significantly meaningful,” Taiwanese Foreign Minister Joseph Wu said, “Taiwan and Lithuania are both at the strategic forefront of defending democratic institutions,” adding, “I believe that through the close connection of shared values, the two countries’ peoples can work together to play a positive role in the international community and contribute to world peace, stability and prosperity.”

Due to China’s low level of investment, Lithuania has incurred comparatively little risk. The Central and Eastern Europe Center for Asian Studies estimated the overall value of all China-related projects in 2020 to be just 82 million euros ($97 million). The European Union continues to safeguard the country. However, this development is sure to trigger a conversation among the other Eastern European countries.

“Lithuania has certainly triggered a discussion across what is now the 16+1,” said Una Berzina-Cerenkova, director of the Riga Stradins University China Studies Center in Latvia. “[They] have started to ask themselves since the Lithuanian decision, and have started drafting scenarios and [Strengths, Weaknesses, Opportunities, and Threats] analysis on what does ‘remaining’ really mean for these countries? What are the benefits?”

At such a moment, Taiwan has gained popularity among these countries and it has gained enough momentum to expand its presence in Europe. It has the appeal of a good human rights record and a strategically strong technological sector, despite the fact that it is only formally recognised by the Vatican when it comes to Europe. The democratic island’s absence from the World Health Assembly during the pandemic has also brought renewed attention to how China has squeezed Taiwan out of nearly all diplomatic space. Going ahead, as and when Lithuania recognises Taiwan, it can become an impetus for other regional countries to follow suit.