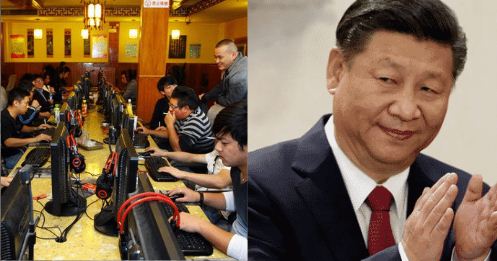 For a very long time, people were intrigued about how soft power can be a major driving force for a favourable foreign policy in a targeted country, but only through welcome influence. However, China under the influence of its wolf warrior diplomacy has used multiple tools under its disposal to turn soft power into sharp power. This transformed sharp power approach is a combination of fake news propaganda and trolls. At the centre of this is the Chinese Communist Party’s ‘50 cent army’ and to understand its mechanism, one needs to educate themselves regarding how the CCP creates, sustains and uses this 50 cent army.

Beijing learned the power of social media in creating and shifting the narrative internationally. The social media accounts that mislead world opinions on major problems boost China’s reputation among its supporters and discredit statements, unfavourable of the Chinese government.

On Twitter, Facebook, and YouTube, a coordinated influence campaign uses a combination of artificial and reused accounts to push pro-China narratives and alter attitudes on key subjects. This is a really gargantuan task, given it is expected to alter the international narrative on social media platforms, where there is a large human footprint and people engage in discourse on a daily basis.

This is where the role of an organised group like the 50 cent army comes into picture. The “50 Cent Army” is an organisation of state-sponsored internet commenters with a stated membership of 500,000 to two million, as per reports back in 2016.

The premise behind the nickname is that the government pays 50 renminbi cents for posting pro-China tropes that have long been disproved. However, the internet slur “wu mao” (or “50 cents” in Chinese) is still widely used. Even the official state media has admitted that government agents pose as ordinary, patriotic netizens.

In addition to this, as per research by Gary King, Jennifer Pan and Margaret Roberts, there are some interesting observations. They employed statistical methods to determine how many social media comments are generated by government-paid workers. The effects are awe-inspiring.

Every year, government employees generate approximately 448 million comments. A bit more than half of these comments are posted on government websites, ostensibly by ordinary residents. The rest are created on commercial sites and are mixed in with family news, dog photos, and other items in streams.

As per their result, a “large proportion of government website comments, and about one of every 178 social media posts on commercial sites, are fabricated by the government.” The accounts amplify storylines that are similar to those promoted by Chinese government officials and state-controlled media in China. Recently, their activities have been the most consequential as they were the very accounts that have tried to push the narrative of the CCP and their wolf warrior diplomats internationally on all the social media platforms, thus impacting international narratives.

On Twitter, Facebook, and YouTube, a coordinated influence operation is employing a combination of fake and recycled accounts to push pro-China narratives and alter attitudes on key subjects. In order to inflame tensions, refute negative remarks about China, and target western governments, the network focuses on major topics like US gun regulations, COVID-19, human rights abuses in Xinjiang, international conflicts, and racial discrimination. The content is made available in both English and Chinese.

The following are common strategies that have been used in previous influence operations and will be used in the future as well: The presence and the use of repurposed accounts from previous owners that never posted in Chinese or about any political issues but now appear to only communicate in Chinese and post about western news and pro-China content; the use of anti-western emotion that is pro-China, as well as; the strategy of using some accounts for only sharing content and others only for posting.

By using these methods and an army of loyal employees, China and Xi Jinping has been constantly attempting to manipulate the global narrative in favour of Beijing even when all the pieces of evidence are for the contrary.