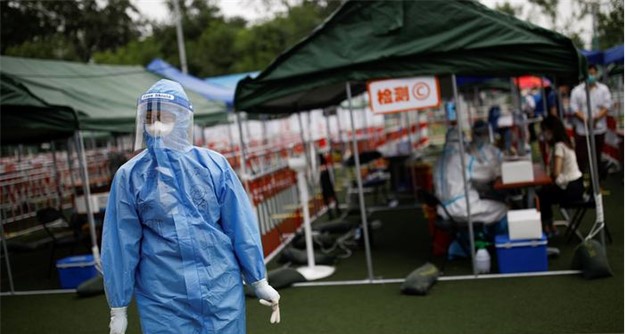 The Communist Party of China (CCP) is on a lay-off spree. It is vigorously punishing the Chinese officials over the accusations of “failing to prevent the latest surge of the pandemic in the country.” As per a Washington Post report, at least 30 CCP officials have been sacked in recent days. Those fired include a vice mayor, heads of city districts and health commissions, and staff in hospital management, airport and tourism departments.

This move by the CCP implies a foregone conclusion that China has spectacularly failed in containing the spread of the highly contagious Delta variant in the country. The fact that 1.6 billion doses of the Chinese vaccines have already been administered in the country also shows that Chinese vaccines have failed to deliver on the hefty promises regarding their efficacy and efficiency.

As a result, the Chinese officials of the lower ranks are being scapegoated by the CCP. They are being made to take the fall for CCP’s faulty vaccines and its poor Covid management. The recent surge in China has pushed the country on a verge of implosion and that is what prompted the CCP to wreak havoc on poor and petty Chinese officials of the lower ranks.

Read More: CCP won’t survive to celebrate its next birthday. Grim Reaper has come for it in the form of Delta

The delta variant has infected around 18 provinces of the country, including the capital city of Beijing, which is witnessing an unprecedented surge of delta variant led infection during the recent wave. At least 27 cities in 18 provinces reported more than 300 confirmed cases in recent days, including Beijing, Jiangsu and Sichuan. Covid-19 has returned to Wuhan, the epicentre of the corona virus pandemic. The worst affected region is reported to be Jiangsu province.

Fearing further spread, the Chinese government has announced mass surveillance and testing for the infections in the affected areas. In an unusual move, China has also announced a reward for reporting a neighbour who could be suffering from Covid-19, and apparently hiding the illness.

The deadly surge of the pandemic accounts as nothing less than a scathing humiliation for the Chinese Communist Party. The Communist nation has touted itself as the role model for other countries on how to control the pandemic. The spiralling of the Delta variant in China can spell doom for CCP’s tyrannical rule in the country.

Read More: As CCP finds itself in a tough spot to explain China’s flood situation, it shifts focus to international media’s anti-China bias

The people are already outraged at the CCP’s poor management of the flood crisis. The horrendous floods that devastated China’s Zhengzhou city were barely a natural calamity; rather it was a state-orchestrated mass murder scenario. The floods have already intensified Chinese people’s woes and sufferings, and now the recent wave could very well act as a last straw for the sulking Chinese.

Hence, the Chinese government is scapegoating poor officials in order to escape scrutiny. However, the Chinese officials are not alone who are being made to bear the brunt of the CCP’s misdeeds. Instead, the foreign media recently found itself in the same boat when it dared to show the rainy side of the CCP’s much-touted and propagated management of the floods and pandemics.

Lately, foreign journalists and reporters are being hounded, threatened and accused of spreading unrest in the country. The Foreign Correspondents’ Club of China recently issued a statement that it was “disappointed and dismayed at the growing hostility against foreign media in China, a sentiment underpinned by rising Chinese nationalism sometimes directly encouraged by Chinese officials and official entities.”

It appears like a cultural war has been waged upon the foreign media at the behest of CCP’s bellicose officials. The idea is to shift the goalpost so that the targeted attacks against the government in China can be subdued.

Hyperinflation, no freedoms and rights, a continuous subjugation by the Chinese state, institutionalised supremacy of the Han Chinese, shortage of electricity and water, ballooning debts, a crumbling financial system and much more have contributed to the Chinese people viewing the CCP in their hearts as a hostile force. Now, a pandemic is what could prompt the Chinese people to go all out against the CCP’s tyranny and thus, the CCP is pinning the deaths of countless Chinese people on petty little officials to save itself.