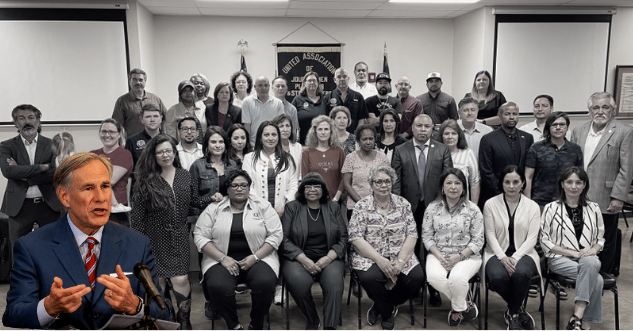 Texan Democrats can now be arrested. They can now be forced to join the proceedings of the state legislature, and take part in the discussion over much needed electoral reforms which promise to make elections free, fair and safe. Since July, Democrats of Texas are evading responsibility by fleeing to others states, mainly Washington DC, thereby depriving the Texas House of Representatives a quorum. A two-third attendance of House representatives is required for a quorum to be established and for proceedings to begin. Without the quorum, the House will once again not be able to pass its electoral reform legislation.

The state Republicans, however, are in no mood of playing around. They mean business and for getting the House up and running, they are willing to force Democrats to join its proceedings. And then, it isn’t like the Republicans are going after those Democrats who have valid reasons to stay out of the proceedings. Democrats who have fled their state, abdicated their responsibility as state representatives and taken refuge in Washington DC, however, have hell coming their way.

Republican House Speaker Dade Phelan signed off on dozens of civil arrest warrants for Democrats late Tuesday after a majority of the remaining representatives in the chamber voted to authorize this step. The House needs only four more Democrats in attendance to establish a quorum. The Speaker signed 52 civil arrest warrants against Democratic lawmakers following a ruling by the state’s Supreme Court that said law enforcement can arrest rogue legislators and bring them back to the state Capitol’s House chambers. The state Supreme Court’s decision overturned the order by a county judge that said lawmakers couldn’t be arrested.

In its petition before the Supreme Court, the state of Texas argued, “Plaintiffs are 19 state legislators who sought and obtained public office and swore an oath to uphold the Texas Constitution — the very same Constitution that authorizes each House to compel the attendance of its members.” It added, “If [plaintiffs] no longer wish to fulfil their public duties, they are free to resign and return to Texas.”

Meanwhile, 22 of the Texas Democrats who fled to Washington, D.C, to prevent a quorum in the state House have filed a lawsuit in federal court against Governor Greg Abbott. In their lawsuit, these Democrats, who have abdicated their legislative responsibilities, make some rather colourful claims. First off, they allege a “scheme and conspiracy” between Abbott, Speaker of the Texas House Dade Phelan, and another Texas House member, James White, to “violate the state and federal constitutional rights of the plaintiffs and the classes of citizens they represent by denying rights under the First, Fifth, and Fourteenth Amendments to the U.S. Constitution.”

Additionally, the Democrats claim they are being conspired against on the basis of their race, creed, colour of skin and natural origin. It alleges that this discriminatory conspiracy arises not only out of “deliberate acts of status discrimination” but also “policies, customs, and practices” that harm “all persons of each individual plaintiff’s status group.”

The Republicans are looking to pass a legislation that would ratchet up the state’s election rules by restricting access to mail-in ballots, cutting down on polling hours, eliminating drive-thru and 24-hour voting, and empowering poll watchers.

Deep down, Texas Democrats know that these are good electoral reforms. However, due to liberal pressure within the party, such legislators cannot freely exercise their voting rights within the Texas House of Representatives. Once they lose favour with the party and the far-left lobby which has come to control it, their political careers are more or less over. Therefore, they cannot vote in favour of the legislation.

Meanwhile, if they vote against reforms, they risk obliterating the trust reposed in them by their constituents and supporters. The mood in Texas is in full favour of electoral reforms, and if Democrat legislators choose to oppose them, rest assured, they will never be voted back to the state Congress. Therefore, Texan Democrats face a double whammy. In such a situation, the safest option for them has been to flee the state and give a miss to the entire proceedings of the state legislature. That way, they neither risk infuriating the Democratic party’s leadership, and neither are they seen openly voting against the legislation by their constituents.

However, the Texas Supreme Court’s go-ahead for the arrest of Democrats who have fled the state puts such legislators back to square one, and they will now be forced to make a definitive choice. In any case, their very careers are on the line now.

China used a Swiss scientist to discredit calls for Covid investigation. Only problem was, the scientist does not exist