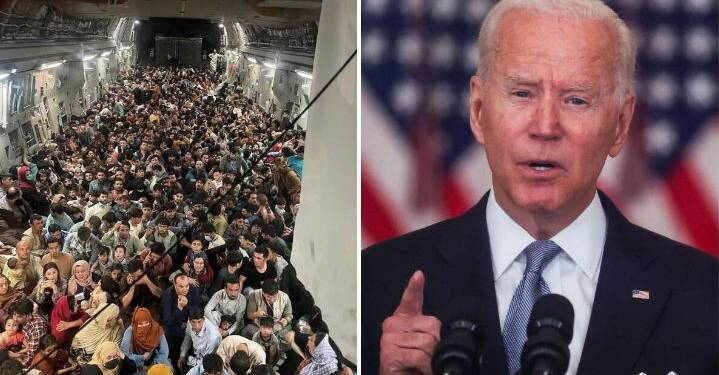 Since the end of World War II, the USA has been trying to act as the superpower which will take the side of its allies. The end of the Cold War solidified America’s reputation as the global guardian, however, with the latest disaster in Afghanistan and losing Kabul way early, Joe Biden’s actions have marked the end of America’s ‘global guardian’ image. Senior politicians in the UK have stated that the country has shown more leadership in Afghanistan than Joe Biden. With President Biden facing criticism at home and abroad for his unrelenting defence of the withdrawal, senior leaders in the UK government have expressed concern over his failure to accept responsibility for the problem.

One cabinet minister told The Telegraph on Tuesday that Biden’s actions contrasted with those of Boris Johnson, who has called for an emergency conference of G7 leaders to coordinate the West’s response to the Taliban’s seizure of Afghanistan. Another senior official said Biden’s attitude was “fundamentally” the same as his predecessor’s isolationist stance, and that it “should worry us all in the broadest sense.” They warned that the UK and America’s other Western allies were now being “caught in the crossfire” as Washington moved to refocus its attention on China, calling the departure a “shocking mess.”

The USA’s debacle in Afghanistan has set alarm bells ringing among the USA’s allies worldwide. The Europeans are miffed at Biden’s hasty withdrawal amid fears that the crisis in Afghanistan could trigger a new wave of mass migration, with a large number of Afghans seeking refuge in Europe.

Read more: Biden has emboldened China and put Taiwan in danger with his Afghan exit

However, the USA’s Afghanistan fiasco has also laid bare the USA’s exaggerated role as a bulwark against the Chinese threat for some countries in the East. On the other hand, the USA’s abandoning of Afghan people has provided China with a stick to beat the United States with, which has subsequently upped the ante in the South China Sea aimed at intimidating the island nation of Taiwan.

Not only the long-standing allies are now sure of a Biden betrayal in a difficult situation but the newly aligning countries too will try to make sure to have a more independent approach. While Downing Street has refrained from criticising Mr Biden, some sources indicate that the tone of Biden’s speech startled many people. Biden was also criticized in Europe. While Angela Merkel and her government have avoided public criticism of the United States, there is dissatisfaction in Berlin behind the scenes. Norbert Röttgen, the chairman of the German parliament’s foreign affairs committee, was left to speak for many. “German foreign policy must reorient completely after this disaster,” he said on Tuesday.

“We must learn lessons with regard to the US. It hurts that Biden of all people is the executor of Trump’s ugly Afghanistan policy. Europe must finally become more independent.” The events in Afghanistan have been characterised as “the biggest debacle that Nato has suffered since its founding,” and the “end of an epoch” by Armin Laschet. He is the favourite to succeed Merkel as chancellor in September’s elections. “Europe cannot act without the United States on our side,” he remarked.

Biden also sought to blame the Afghan government and army for the capitulation, as well as Trump for the deal he signed with the terrorists while in power, in a comment that has surprised other Western nations. All in all, the trust of the world powers and smaller countries in the USA has now been weakened. Going ahead, Biden’s Taliban disaster has marked the end of America’s ‘global guardian’ image.