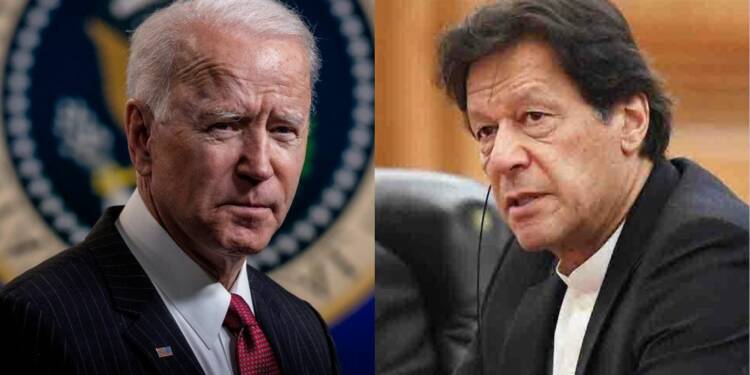 It was in May 1998 when Pakistan demonstrated its nuclear capability for the very first time. Pakistan’s constant urge to develop nuclear capability was driven by its incompetency to fight a conventional war against India. Pakistan continued its proxy warfare against India in Kashmir and beyond, while the Indian establishment vehemently feared Pakistan’s nuclear deterrence. After all, Pakistan had developed nuclear weapons and any kind of military aggression could eventuate into a nuclear war in no time. Secondly, those were the days when Pakistan used to be America’s, beloved sweetheart. Aggression against Pakistan could have put India on a collision course with no other than the USA. A lot was at stake.

For years, Pakistan sheltered and nurtured terrorists on its soil and used the threat of nuclear weapons as a “magic word” to deter India from carrying out any military operation against those terrorists. But the things changed after the 2016 Uri attack on the Indian Army base at the hands of Pakistan-sponsored Islamic terrorists. Indian Army carried out cross-border surgical strikes against the terrorists and neutralised hundreds of them. Later, in the year 2019, the Indian Air Force went on to strike deep inside Pakistan (Balakot) after the Pathankot attack on the Indian security forces. Both of the cross-border operations changed the Indian psyche and played an instrumental role in calling Pakistan’s nuclear bluff.

However, the case has never been the same for the American democrats. The Democratic Party has always acted as a facilitator of the pro-Pakistan lobbyists of America and President Joe Biden himself is no indifferent. Democrats have always bestowed Pakistan with the utmost regard whereas it deserves to be treated heavy-handedly. Pakistan’s iniquitous role in the Taliban’s invasion of Kabul needs to be reprimanded at the highest levels. Instead, the Joe Biden administration seems completely oblivious to Islamabad’s glaring role in the Afghan crisis.

From Afghanistan’s deposed Vice President Amrullah Saleh to the exiled President Ashraf Ghani, the top civil officials in Afghanistan have always been of the view that Pakistan harbours the safe havens for the terrorists and the extremist groups that carry out terror operations on the Afghan as well as the Indian soil. These safe havens existed even before the American “war on terror” began in 2001. What comes across as the most startling fact is that the American establishment knew about Pakistan’s safe havens back then, but it did absolutely nothing to quash them. The US kept quiet because it needed logistical support from Pakistan.

Read More: Taliban is officially holding the Americans hostage and US might pay ransom to get them released

Essentially, Pakistan got hefty economic and military aid from the US, harboured the Talibani terrorists for decades, trained them for waging war against the Afghans and the American soldiers; and helped the Taliban in usurping the country’s territories. Pakistan sheltered the perpetrator of the 9/11 terror attacks, terrorist Osama Bin Laden for years and emerged as the breeding ground for most of the dreaded terrorists of the world. Pakistan’s military and the intelligence units actively helped the Taliban and the other extremist groups in providing them with the funds, weapons and logistical support while accepting the heft American donations in the name of counter-terrorism operations at once. Simply put, Pakistan used the American resources to kill the American soldiers in Afghanistan and eventually forced America to retreat shamefully after the 20 years of bloody war with the Taliban.

This absolute mockery of America’s resolute to fight against the Taliban at the hands of Pakistan was allowed to happen because Afghanistan was never a priority for the Pakistani sympathizers in the Democratic Party. For instance, in 2009, when the then-Afghan president Hamid Karzai urged Vice President Joe Biden to crack down on the Taliban’s safe havens across the border, Biden reportedly rebuffed him by pointing out that “Pakistan is 50 times more important than Afghanistan for the United States.”

Indeed, Pakistan was a valuable ally for the US those days. It had defeated the Soviets in Afghanistan with the help of the ISI, Pakistan’s chief intelligence agency. However, when it came to Pakistan’s double game with the US vis-à-vis its unwavering support to the Taliban, the Democrats would simply shut their eyes for the reasons best known to Biden and his key officials.

Read More: A University of Jihad from where ‘students’ get ‘placed’ in Taliban is running successfully in Pakistan

Back in 2014, the former head of Pakistan’s ISI, Hamid Gul laid out Pakistan’s evil strategy to befool the American policymakers in the best and most scoffing way possible. He had remarked that “When history is written, it will be stated that the ISI defeated the Soviet Union in Afghanistan with the help of America. Then there will be another sentence. The ISI, with the help of America, defeated America.”

America knew this and Pakistan has been sporadically chastised by the American defence officials for its covert support to the American enemies on its soil. Various think tanks and some conservative lawmakers have called on the US government to punish Pakistan with sanctions, strip Pakistan off of its status as a “Major non-NATO ally”, declare it a terrorist nation and even forcefully denuclearize it for its blistering support to the Taliban. But shaking Biden’s resolute to cover up Pakistan’s misdeeds against America is not a Child’s play at all.

Joe Biden, the leader of the most powerful nation on this planet piteously fears Pakistan’s nuclear weapons the most. For Joe Biden, Pakistan is a country-sized suicide bomber that will blow itself up once the US wages a war against it. For the United States of America, it is high time that it calls Pakistan’s nuclear bluff just like India’s Modi administration did in 2016. That’s the only way forward if the US wants to materialize its 20-year-old “war against terror.” The answer to the Taliban question lies in Pakistan and the US must quit beating around the bush immediately.