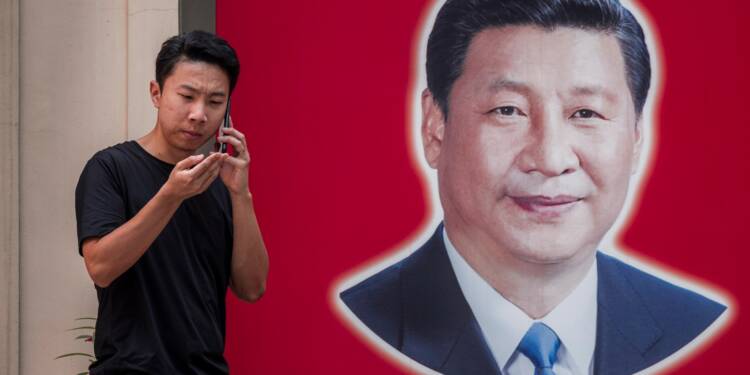 The Chinese students returned to school this Wednesday. They were introduced to new textbooks inundated with “Xi Jinping Thought.” The Chinese school textbooks were never free of the CCP-driven socialist agenda; however, Chinese President Xi Jinping is now taking it to the next level. National security has been accorded with the top priority in the Communist Party of China’s new education policy. Producing patriots and not talent has taken the front seat. A school pass-out must be a loyal Jinping follower. China is being transformed into a country of nincompoops at Jinping’s behest. Jinping is killing China to save the CCP.

Jinping is fast-growing anxious about his fragile sway over the country’s young population. Hence, he has been cracking down upon all sectors that seek to influence them. The CCP’s crackdown on the country’s mushrooming EduTech sector was an upshot of Jinping’s anxiety only. China wanted the government-regulated schools and platforms to be the only source of education; therefore, it vaporized its own online educators.

What is the CCP’s ‘Xi Jinping Thought?’

Now, the Chinese government-regulated educational platforms are being painted communist-red with a much darker shade. The new textbooks are an attempt by the Communist party to shape the minds of small children in such a manner that local schools produce patriots. The school teachers are instructed to “plant the seeds of loving the party, the country and socialism in young hearts.” The ‘Xi Jinping thought’ comprises 14 principles that will promote Communist ideals.

“To cultivate the builders and successors of socialism with an all-round moral, intellectual, physical and aesthetic grounding and a hard-working spirit, we must arm students’ minds with Xi Jinping Thought on Socialism with Chinese Characteristics for a New Era,” reported a Chinese mouthpiece. With a smiling face and cheering look, Jinping’s image embossed on the new Chinese textbooks tells a lot about the growing anxiety in the CCP’s top council. Jinping’s image in the country is getting a complete make-over.

“Grandpa Xi Jinping is very busy with work, but no matter how busy he is, he still joins our activities and cares about our growth,” a textbook read.

The Jinping administration in recent past has undertaken numerous measures showcasing the great lengths that the CCP is willing to go in its bid to influence the way the Chinese youth think. For instance, the CCP has been cracking down hard upon the English teachers for quite some time now.

China’s crackdown on the English language

The Shanghai Municipal Education Committee recently released the 2021 curricula for primary and secondary schools in the city, which clearly stated that English will be dropped from examinations in primary schools. This shows how the CCP views English as a potent threat of revolt against it. The fact that much of the anti-CCP content present on the web is available in the English language is making the CCP jittery. Moreover, the communist party believes that Chinese youth’s engagement with the outer world can be reined in by banning English and its teachers.

Read More: After destroying Tech and EduTech, Jinping is going after English to stop a revolt in China

The CCP is increasingly interfering with the daily lifestyle of its youth. For example, the Video game sector recently faced the wrath of communist rulers. China recently barred online gamers under the age of 18 from playing on weekdays and limited their playtime to just three hours on weekends. Online fan following and Celebrity culture are also among other theatres where the CCP is making a long arm to super-impose its communist ideology.

China’s twitter-like Weibo last month took a slew of measures to “clean up” the online community. It banned around 150 internet celebrities on the charges of “publishing information harmful for maintaining social order, including those that endanger national sovereignty and territorial integrity, instigate ethnic hatred and discrimination, insult and slander martyrs, and incite illegal gatherings.”

The unprecedented crackdown on Chinese celebrities is just a part of a larger campaign against Chinese celebrity culture. The bellicose Chinese media is also locking horns with fan circle leaders who are being accused of “brainwashing the Chinese youth and spreading rumors to keep fans loyal.” The Global Times decried in an article that younger fans whose value systems are still yet to be formed are more likely to become combative and act irrationally after indulging in fan circle culture.

In China, only Xi Jinping is allowed to have influence, control and sway over the masses. If China’s imposition of “Xi Jinping thought” on Chinese  school textbooks is any indication, it simply explains the CCP’s fear of losing its control over the youth population. Chinese youth have no sympathies for the Chinese government and are massively organizing “lying flat” campaigns against the CCP. The CCP has recently banned the infamous “996 working culture” in the country to tame the furious youth. And now, by indoctrinating the Chinese youth with hardcore communist ideals, it aims to pre-empt a youth-led massive anti-CCP movement that could threaten Jinping’s tyrannical rule over the country.