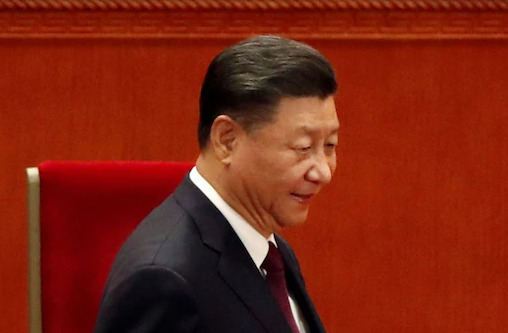 If you are in China, you are always at the risk of getting caught in a crackdown organized by the Chinese Communist Party (CCP). The CCP will eventually see you as a threat if you are a Uighur Muslim, a Falun Gong practitioner, a tech or EduTech entrepreneur, or a rich businessman. And now, the CCP considers you a threat if you are trying to learn English.

The Shanghai Municipal Education Committee has released the 2021 curricula for primary and secondary schools in the city, which clearly states that English will be dropped from examinations in primary schools. This shows how the CCP views English as a potent threat of revolt against it. But why do Chinese authorities fear a revolt and why do they think that cracking down on English will help avoid it?

Shanghai Municipal Education Committee (上海市教育委員會) has announced the 2021 curricula for primary and secondary schools in the city. Highlights:

* English will be dropped from exams in primary schools.https://t.co/EASmec07CQ pic.twitter.com/Fal34Wbvnd

Well, it is easy to guess why the CCP fears a revolt. The Party is suffering from an image crisis for over a year now. China has been facing simply too much of backlash and suffering from socio-economic problems due to President Xi Jinping’s high-handedness and therefore people are not happy with his rule.

The people of China understand that the COVID-19 Pandemic is a disaster of their President’s making. So, as mainland China gets engulfed with the Delta variant of the Coronavirus, they are blaming the CCP and Xi Jinping for their troubles.

Presently, the outbreak in China is spreading and cases have been confirmed in more than 35 cities in 17 of mainland China’s 31 provinces and regions. While the total number of ‘official’ cases is still in the hundreds, they are far more widespread than anything China has dealt with since the initial outbreak that devastated it in early 2020. This is increasing Xi Jinping troubles within China and hurting his image badly.

To add to Xi’s woes, China’s economy is in a very bad state. China’s economy is levelling off with rising inflation and youth unemployment. At the same time, China’s GDP growth rate is slowing down and Xi Jinping seems absolutely clueless in the midst of the entire situation.

In fact, Xi is himself to be blamed for China’s economic woes. His obsession with prioritizing exports over local demand, paranoia-driven crackdowns on the tech industry, inability to manage a serious debt crisis, trade wars with Australia, absolute mismanagement of floods in rural areas, and the food crisis are some of the reasons why the Chinese economy is passing through troubled waters today.

Xi knows he has failed China and he also gauges signs of growing disillusionment with his rule, especially amongst the Chinese youth. Presently, Chinese millennials are running a counter-culture movement called ‘lying flat‘. This is a protest against the CCP’s notion of working tirelessly as a means of prosperity. This has been a part of China’s inhuman labour market strategy that has exploited an entire generation of Chinese citizens.

However, China’s young population is now worried that they won’t be able to do better than their parents. So, they are ‘lying flat’ and simply refusing the kind of life that the CCP wants them to live. Ultimately, Xi smells rebellion in Chinese youth with the ‘lying flat’ campaign and he must also be worried about the kind of damage that this novel protest can cause to the Chinese economy.

Such is the anti-CCP sentiment in China that even the Chinese People’s Liberation Army (PLA) isn’t able to find enough men for recruitment. The PLA is now recruiting men with weak eyesight and physical ailments because of a sheer lack of options. No one wants to join the PLA because of the thrashing that the PLA soldiers got at the hands of the Indian Army last year and also because the PLA itself refused to even recognise or honour its slain soldiers.

Xi, of course, interprets lack of desire to join PLA as the sign of an upcoming rebellion against the CCP, which makes him crack down even harder against anyone or anything he perceives as a threat.

For Xi, the biggest instigator of disillusionment amongst Chinese citizens seems to be the English language. The fact remains that most of the ugly truths about the CCP are written in English language by foreign media. China does block foreign media sources through its Great Firewall, but it is not a foolproof barrier and somehow the well-read Chinese youth get to read some English language content which exposes the CCP’s malignant practices to a great extent.

Even if the firewall is not breached, Chinese dissidents living abroad do come into contact with the mainland Chinese. Very often, these dissidents do convey the sinful acts of the CCP to the mainland Chinese citizens, which can trigger an outburst of raging emotions against the CCP. Xi’s strategy is to isolate the Chinese citizens, especially the youngsters by cutting off the only link with the rest of the world, that is, the English language.

What Xi is doing amounts to an assault on flow of information. His crackdown on English is a desperate attempt to stop a massive rebellion against the CCP. He wants to reduce China into a bigger version of North Korea where people don’t know the ugly secrets of the Communist regime and therefore don’t get agitated against it.