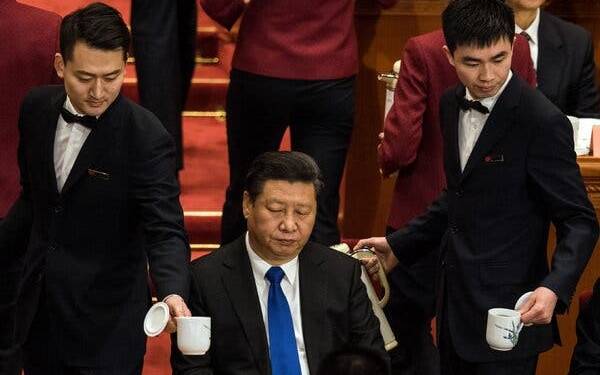 Guo Shuqing, party chief of the People’s Bank of China (PBOC) and Chairman of the China Banking and Insurance Regulatory Commission, has blamed the US and European stimulus policies for inflationary risks haunting China. It is convenient for one of Xi’s stooges to scapegoat the US, and it would probably be too much to ask, but if the Xi administration introspected its actions over the past one year, it would realise exactly why China has fallen into trouble.

Shuqing claimed that the US Federal Reserve and European Central Bank started buying assets to contain the effect of the Coronavirus Pandemic, which did ensure stability and investor confidence in the short-term, but ultimately, it led to worldwide negative consequences.

So, this is the Chinese Communist Party (CCP) version of the inflation crisis. Now, let us face the reality. Truth be told, the risk of skyrocketing prices in China is very real. Data released on Wednesday showed that China’s May factory gate prices rose by 9 per cent over the past year. The factory gate inflation is thus at a 13-year high in China.

Ultimately, the high factory gate prices are bound to push wholesale and consumer inflation. Wholesale prices in China are already 7 per cent higher than they were in April last year. The biggest worry for China is that spiralling costs of production and wholesale purchase can throw small producers and firms out of business.

The official consumer price index in China rose by 1.3 per cent in May. While the prices of consumer inflation haven’t skyrocketed yet in china, the year-on-year price rise is the highest in eight months. And if manufacturing costs keep escalating, the Chinese consumers will have to ultimately bear the brunt of Xi’s poor handling of the economy.

Now, while the CCP blamed the West, it doesn’t really reveal just how pathetic Xi’s handling of the Chinese economy has been.

Xi’s high-handedness both inside and outside China has ransacked the Chinese economy. For starters, the Chinese President locked horns with the Australian Prime Minister Scott Morrison which backfired badly. Xi’s unofficial bans on Australian coal spelled trouble for China’s steel and power sectors.

And then, Chinese belligerence didn’t help matters either. American tariffs and the general tendency of the free world to decouple from China have slowed down economic growth in the Communist nation.

Inside China, Xi’s paranoia-driven crackdown on the Chinese tech industry has led to losses worth billions of dollars. What Xi is doing to the Chinese economy is called gross mismanagement. There is a serious debt crisis in the country with private firms and Chinese State-owned enterprises defaulting frequently. Regional banks too are in a very bad shape.

Read More: Biden turned Quad, the strongest anti-China grouping, into a useless group with no vision, India, Japan and Australia are back on track

The level of mismanagement is so high in China that the Kingold scam last year showed how 4 per cent of the Communist nation’s gold reserves were fake. China covered up the issue, but the weak fundamentals of its economy did get exposed.

Given the mismanagement in the Chinese economy, prices were bound to rise. True, the US stimulus devoted $60 billion towards imports from China, but it wouldn’t have caused inflation in China had Xi prioritized local demand over exports. Also, the US demand for Chinese goods and the local demand in China don’t overlap, so exports to the US shouldn’t ordinarily cause a price rise in China.

Xi’s poor vision is pushing China into deep inflation but all he can manage to do now is slander the US stimulus.