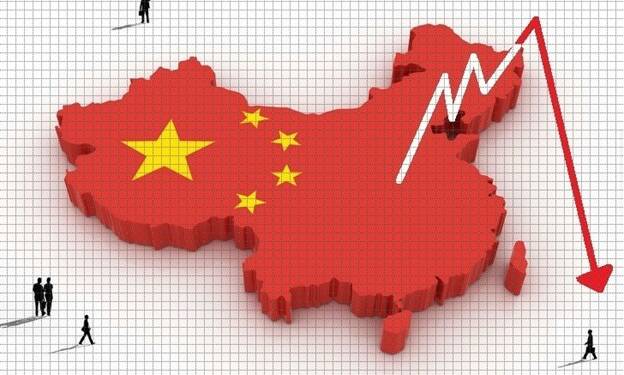 Other than Coercion, what China is best at is Imitation. China might be the world’s second largest economy. It might even boast of surpassing the USA’s military might in the Indo-Pacific region. However, it is only the imitation that helps Chinese economic and military might to trudge forward in the highly dynamic security environment.

Now, as the world grows more and more vexatious of Chinese imitation economic practices, it is struggling to keep up with the Chinese economic strides it witnessed during the past decades. Resultantly, now Academic researchers are fretting that China might have reached the pinnacle of Chinese economic development.

China’s growth story has been breath-taking throughout the pandemic-struck 2020 even when the major economies of the world witnessed unprecedented contraction. Much to China’s dismay, the growth is now starting to level off. The signs are mixed. Exports remain strong but so has the inflation. Rising cost is writing off all the profits for the major companies. Small companies are already suffering.

The tech sector, which boosted the country’s economy throughout the past decade, is being ravaged by Chinese President Xi Jinping’s subversive economic policies. China also lags in the realm of research and development; it could severely impair China’s ability to sustain the growth in the times to come.

Read More: Xi Jinping is brewing the most lethal concoction for Chinese economy, and the repercussions will mean absolute downfall

The authors of the recently published book-length study “The Power of Creative Destruction” also share the same concern encompassing the prospects of Chinese economic development in such a fragile business environment. China’s magnificent growth story has been all about “imitation”.

It either imported the technologies or simply thieved them. China has succeeded spectacularly in producing growth and wealth in this way. However, imitation-driven growth can only go so far. The hardest part for any developing economy is to switch to innovation-driven growth. That’s where China is lagging behind.

Other economies such as Taiwan and South Korea successfully did this, largely because the Asian financial crisis of the late 1990s enabled them to overcome the power of the monopolistic Chaebols in South Korea, for instance, to block the entry of new, innovative firms. In China, however, it is still the State owned enterprises that call the shots and the private owned businesses are being reined in at the behest of a Megalomaniac President.

Owing to the fragile economy and simmering economic woes, the China government has started showing unusual signals of distress. As per a Business Standard report, Premier Li Keqiang has held three high-profile meetings in the past week addressing the economy’s health and issued statements after each of them, ordering a blizzard of measures to sustain growth.

Meanwhile, China’s central bank has rushed to help the smaller firms. The bank is being asked to lend more, which could stimulate business investments and consumer spending in the country. But, there is a catch. In recent weeks, Chinese borrowers, especially retailers, have grown cautious of taking out loans from the banks. Companies fear that they might not be able to repay the additional loans.

The saga is no different in the realm of security and military affairs. Owing to the imitation-driven technological advancements in the past decades, the Chinese military is deeply mired in technical failures. For instance, China is likely to launch its third aircraft carrier later this year but is not yet ready to equip the advanced platform with a modern ship-borne fighter jet because of the technical limitations of the jets available.

Beijing-based naval expert Li Jie said Type 003 would be equipped with the world’s most advanced electromagnetic catapults to launch the J-15 jets. But here’s the catch – the J-15s are already used on the two existing carriers which China has commissioned. So, the new aircraft carrier would effectively bring nothing new to the table.

Read More: China is making a new aircraft carrier but without the aircraft, because there aren’t any

China has failed to stimulate military innovation and is currently lacking in three key research and development areas; cutting-edge semiconductors, stealth submarines, and aircraft engines. Therefore, China’s endeavor to manufacture new aircraft for its upcoming carrier is also bound to hit a roadblock. What China will be left with is a massive carrier with no new aircraft.

China’s military might and economic might often go hand in hand, especially in the case of developing economies like China. Now as Chinese economy faces the heat of Jinping’s subversive policies, China’s military is bound to meet the same fate. As an accumulated mountain of debt looms over Chinese economy, the chances of any miraculous resuscitation look bleak as of now.