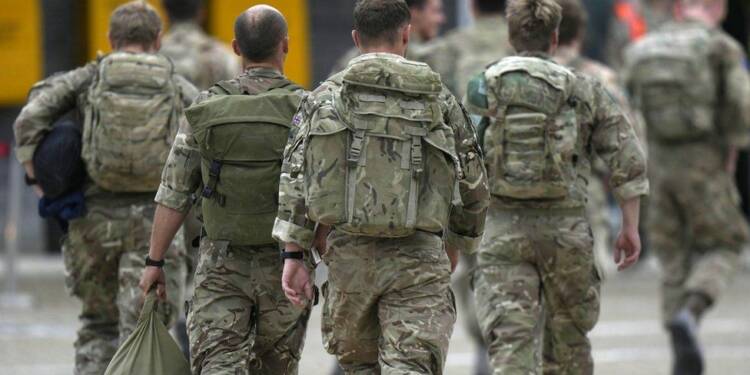 The humiliation of the Taliban’s quick takeover of Afghanistan, which came after a 20-year war that cost hundreds of thousands of lives and at least a trillion dollars, has devastated veterans. Since 2001, the United Kingdom has lost 457 armed forces members in Afghanistan, accounting for 13% of the international military coalition’s 3,500 deaths. As reported by Reuters, Britain’s armed forces minister said on Monday that the government is studying whether or not some Afghan war veterans have committed suicide as a result of the country’s disorderly withdrawal of the US-led forces.

Even decades later, the world will always be reminded of the catastrophic exit the US made under Joe Biden from Afghanistan. However, the biggest tragedy is how un-sympathetic and unprepared the administration was vis-a-vis the evacuation plan. Leave alone evacuating friends of America and its allies, the United States was not even able to successfully evacuate its own citizens from Afghanistan. And now as the last of US troops have withdrawn, those who have been left behind are people who have helped the U.S. and its allies throughout the 20-year long inconsequential war in Afghanistan. And due to Joe Biden’s ill-intended withdrawal, all these people are left at the Taliban’s mercy. Now, going ahead, the world will watch Afghanistan descend from hope to hopelessness.

Read more: As the last American soldier leaves Afghanistan, Biden has left hundreds of Americans behind

And it was not just the US that ran away, but also all the foreign deployment by its allies and NATO members. This has made the veterans and parents of the martyred angry with their respective governments. They are distraught by the fact that the people who made the stay of the US and other NATO allies, the Afghan allies have been left behind for the fiends.

A junior defence minister, James Heappey, first told Sky News that some soldiers had committed suicide in the previous week “because of their views about what’s going on in Afghanistan.” However, Heappey afterwards apologised for his remark, telling the BBC that it was untrue. “We’re looking into whether or not it’s true that someone has taken their own life in the previous few days,” he told BBC TV. Heappey misspoke, according to the military ministry, and there have been no verified suicide instances among British Afghan veterans as a result of the pullout.

Going ahead, it will not be a surprise as more and more veterans come out with PTSD (Post Traumatic Stress Disorder). As these people find it hard to reconcile with the actual facts on the ground and how their governments betrayed, the Afghans who made the US stay for 2 decades possible, these types of cases might come up, if the problem is not addressed.