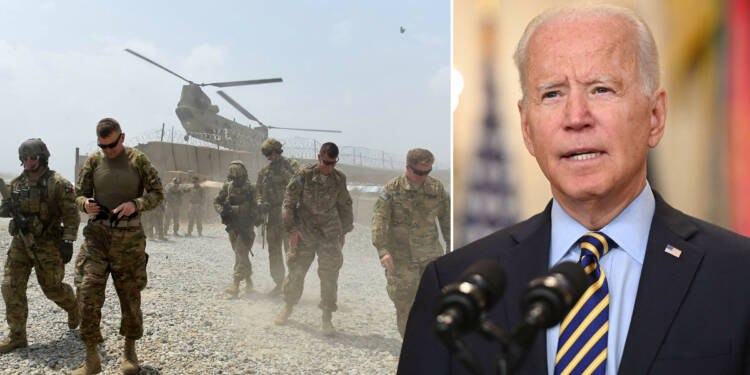 Even decades later, the world will always be reminded of the catastrophic exit the US made under Joe Biden from Afghanistan. However, the biggest tragedy is how un-sympathetic and unprepared the administration was vis-a-vis the evacuation plan. Even though hundreds of Americans remain in Afghanistan, Marine Corps Gen. Kenneth F. McKenzie Jr. declared Monday evening that the last of the US troops stationed at the Kabul airport has left, ending the military’s drawdown in the country.

According to General John F. McKenzie, chief of US Central Command, some Americans who wished to leave Afghanistan remained. He admitted, “We didn’t get everyone out that we wanted to get out.” This is in gross contradiction to the kind of statements that US President Joe Biden has been making. During an interview with ABC News’s George Stephanopoulos on Aug. 18, President Biden stated that the US military goal in Afghanistan was to bring “everyone” out, including Americans and Afghan partners, as well as their families. Biden said, “That’s what we’re doing right now, and that’s where we’re headed. And I believe we will succeed.” He stated, “If there are any remaining American citizens, we’ll stay to get them all out.”

However, contrary to Joe Biden’s statements, on Monday, a senior State Department official informed Fox News that a “small number” of Americans remained in Afghanistan. According to another individual, the number of Americans in Afghanistan is “below 250,” with several further Americans departing in recent hours. The State Department was also committed to evacuating “those who collaborated with us,” referring to Afghan “partners,” according to the person.

The situation in Afghanistan is entirely at the mercy of the Taliban and those left behind will surely face the wrath of these terrorists. As per senior US source: house-to-house executions in Kabul following US mil departure. There are no words for what this administration has done to all of us – Afghan and American.

From senior US source: house-to-house executions in Kabul following US mil departure. There are no words for what this administration has done to all of us – Afghan and American. pic.twitter.com/KzbLALKxGy

Leave alone evacuating friends of America and its allies, the United States was not even able to successfully evacuate its own citizens from Afghanistan. And now as the last of US troops have withdrawn, those who have been left behind are people who have helped the U.S. and its allies throughout the 20-year long inconsequential war in Afghanistan. And due to Joe Biden’s ill-intended withdrawal, all these people are left at the Taliban’s mercy. Now, going ahead, the world will watch Afghanistan descend from hope to hopelessness.

Read more: As the last of the US troops have withdrawn, Afghanistan descends into complete anarchy

These harsh realities, however, will not only impact the domestic situation of Afghanistan but will also have an impact on the neighbourhood. For Afghanistan, the Taliban is a legacy foisted on the country by foreign leaders such as Biden, Xi, and Imran Khan. Afghanistan is already in a precarious position. The majority of the children are malnourished, and half of the population requires humanitarian assistance. The Taliban are not recognised by the majority of countries.

Even if they recognise a Taliban government, any money you provide the terror group will be used to carry out further attacks like 9/11, regardless of the US-Taliban peace agreement. Meanwhile, China and Pakistan will strive to make as much money as possible from the war-torn country by using its mines, metals, opium, and other resources. Domestically, barbaric, and medieval punishment is being carried out on fellow Afghans, whom it claims to have given a general amnesty.

And while Joe Biden claims that his administration will not let anyone behind enemy lines, the realities show an entirely different story. This not only shows the priority of fellow Americans and friends in Afghanistan, but it also shows how Mr Biden is shaming the position of the President of the USA, by making false statements so brazenly.