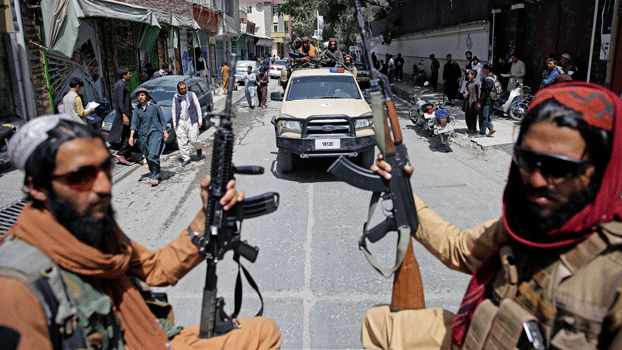 As the Taliban consolidates its hold on the country, Suicide bombings and attacks against minorities are becoming more frequent in Afghanistan. Meanwhile, the rest of the world appears to have realised that Afghanistan is a gone case as the American and NATO soldiers left. However, a specific suicide bombing in China has prompted a significant warning while also showing a Uighur connection. And now with the revelation that the Taliban won’t act against Uyghur Muslims after threats from ISIS, the warning has turned into a reality.

IS-K has increased its activities within Afghanistan in recent weeks, with a succession of bombings and assassinations of Taliban leaders. The bombings have severely harmed the Taliban’s claims of bringing peace and order to Afghanistan after years of conflict. These statements by ISIS and the Taliban’s obvious inaction are proof enough for it following along with IS-K’s concerns.

In the background of these events, China has been played quite embarrassingly by the Taliban. The Sunni extremist group has robbed Beijing of its money and has still refused to honour the commitment of reining in the ETIM.

Xi had a simple offer for the Taliban- China will pay truckloads of money to the Taliban and to ensure a steady flow of the Chinese money, the Taliban will not say or do anything about Xinjiang, regardless of how Beijing torments the Uighur Muslime in Xinjiang. The Taliban has been milking China like a cash cow. The Taliban is demanding funds from Beijing for running day-to-day expenses to sustain a war-torn nation like Afghanistan and also for carrying out reconstruction activity.

China is now worried about the ETIM extremists spilling over into Xinjiang. China even attempted a military build-up near the Wakhan Corridor that separates Afghanistan and China to push back against the ETIM. However, this does not discount the fact that they got royally played by the Taliban.

The latest developments and the Taliban’s obvious inaction

Since taking control of Afghanistan, the Islamic dictatorship has made wooing Beijing a diplomatic priority, professing China to be our “closest ally.” However, the breakout of Uyghur militants from prison during the chaos of the fall of the US-backed administration in Kabul has made the ruling Communist Party more alerted, yet it remained optimistic, thus digging its own grave. In Afghanistan, China’s prime focus is to apprehend Uyghur extremists who it claims are members of the East Turkestan Islamic Movement (ETIM). However, the actions of the Taliban as well as its inaction in cases of other terrorist organisations attacking minorities have time and again proven how it will only continue to backstab China in the issue of Uyghur Muslims.

While the Taliban had claimed to not allow ETIM to conduct its operations or use Afghan lands as safe haves, but the mounting pieces of evidence are proving otherwise. Alarm bells have been set ringing in Beijing over concerns that the Taliban could renege on its promises of eliminating the ETIM menace. There are already reports about the ETIM joining hands with ISIS, and such laxity at the Taliban’s part will only aggravate the security situation in China’s Xinjiang, where Beijing is accused of carrying out brutal genocide against the Uyghur Muslims.

The CCP’s official tabloid, the Global Times, recently expressed concerns in an article revolving around the credibility of the Taliban. And now after successive threats and attacks from ISIS, the Taliban has signalled a move away from acting against the Uyghur Muslims.