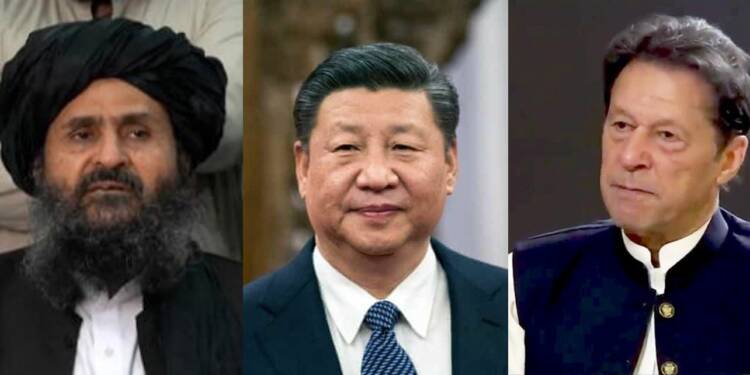 China is staving off the Taliban’s economic woes for two primary reasons: It needs to curtail the ETIM threat, and it aims to keep its strategic interests afloat in the country by sustaining its mining and BRI operations. However, there are ample chances of China’s Taliban bet going bust in its face. The Taliban is a battle-hungry force that needs to keep its fighters engaged in conflicts and wars.

Experts say that the Taliban could now seek to expand its control in the region through the TTP and ETIM that have stoked concerns in China. An addled China now wants Pakistan to fight its own “war on terror” in Afghanistan, and that very well bears the potential of creating a feud between the “all-weather allies.”

TTP launches a crusade against Pakistan

The TTP and ETIM have clear agenda in their minds—they aim to create an Islamic Caliphate in the region. China wants the Taliban to rein in the ETIM’s expansionist ambitions; however, the Talibani leadership itself wields a little influence over the East Turkestan Islamic Movement.

The Taliban rose to power with intentions of creating an Islamic regime in Afghanistan, and now the group itself is showing reluctance in cutting ties with these terror groups. The Taliban has hardly shown its willingness to rein in the TTP and ETIM, nor has it taken any practical step to clamp down on these groups’ activities.

For instance, terror attacks in Pakistan have touched a four-year high owing to the TTP’s ambitions of throwing out the secular regime in Pakistan. As recent as October 2, a TTP militant killed four Pakistani soldiers and a police officer in an ambush in the Sinwam area of North Waziristan.

China alarmed over Taliban’s reluctance in cutting ties with ETIM

While the TTP slaughters Pakistani soldiers with brazen apathy towards the Islamic regime of Pakistan, alarm bells have been set ringing in Beijing over concerns that the Taliban could renege on its promises of eliminating the ETIM menace. There are already reports about the ETIM joining hands with ISIS, and such laxity at the Taliban’s part will only aggravate the security situation in China’s Xinjiang, where Beijing is accused of carrying out brutal genocide against the Uyghur Muslims.

The CCP’s official tabloid, the Global Times, recently expressed concerns in an article revolving around the credibility of the Taliban. The article read, “At present, the verbal expression of the Afghan Taliban is very different from that in the past, but we do not know what specific policies they will champion in the future.” The article acknowledged growing infighting between the Taliban’s factions and how it gravely undermines the group’s control over the terror groups operating on Afghan soil.

As the Global Times’ article itself suggests, China is not buying the Taliban’s hefty promises blindly and it wants to court Pakistan’s support to curtail the Taliban or maybe the ETIM. The article further reads, “As all-weather strategic partners, China and Pakistan must work together to maintain and promote regional security and stability.

First of all, China and Pakistan must cooperate closely on the Afghan issue to persuade the Afghan Taliban to establish an open and inclusive government and implement a moderate domestic and foreign policy.”

Read More: How a Trump 2.0 could witness Pakistan’s bifurcation that would render China’s BRI completely paralyzed

Inexperience and lack of courage get in the way of the Chinese military to itself lead the charge against the ETIM. Hence, it is relying upon the Pakistani troops and intelligence assets to fight its war in Afghanistan. Pakistan has a far greater experience in battling rivals on the ground. And if the stationing of Pakistani troops at the Indo-Tibet border by the PLA is any indication, China will not find it difficult to persuade its Pakistani friends to go all guns blazing in Afghanistan.

China’s own “war on terror”

But is Pakistan even a trustworthy ally? That too in a war supposed to fight out the terrorists! The United States has the answer. Around 20 years back, the US chose Pakistan as its ally in its “war on terror” to kick the Taliban out of Afghanistan. Pakistan kept fleecing the US while nurturing the deserting terrorists of the Taliban. 20 years down the line, the US had to retreat with its head hanging down.

The USA’s “war on terror” could serve as a life lesson for the Chinese regime in its pursuit of war against the Taliban and the ETIM. Today, Pakistan has turned into a pariah state for the US regardless of which ideology dictates its foreign policy. Even the Democrats are calling on the US government to hold Islamabad responsible for impeding its war against the Taliban. The same fate awaits China. Sticking to its tendency of backstabbing its allies, Pakistan will lose no time in derailing China’s attempts of decimating the ETIM, which will eventually erode the rosy relationship between China and Pakistan.