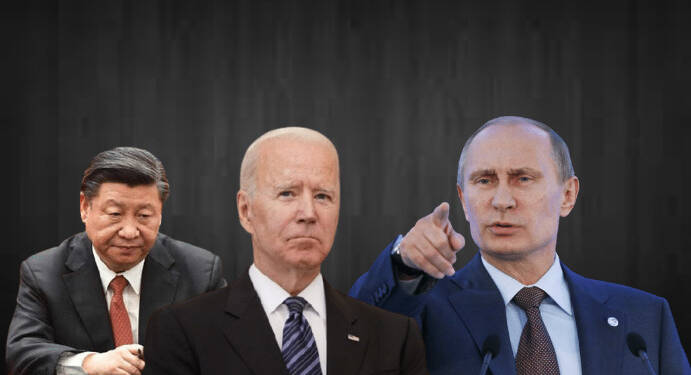 At TFI we have for the longest time mentioned that Sino-Russian rapprochement and increasing closeness is a calculated decision of Russia. The US’s actions against Russia have been a constant catalyst for increasing closeness between Beijing and Moscow. However, if a respected Russian analyst and expert, Professor Alexander Lukin is to be believed, then the peak of Russian-Chinese rapprochement has probably passed and Russia’s further engagement with China will be a factor in Beijing’s increasing assertiveness.

Professor Alexander Lukin’s latest article in the Washington Quarterly notes this change. Lukin, who had previously expressed hope, now recognises that “any potential changes in US policy will undoubtedly prove less of a deterrent to future Russian-Chinese rapprochement than Russian fears about China’s growing assertiveness.” While we have also maintained a similar perspective, however, Lukin’s background gives special symbolic weight to his argument. This establishes that Russia under Putin is playing diplomacy.

Lukin was vice president of the Russian Diplomatic Academy and served in the Soviet Foreign Ministry and the Soviet Embassy in China. If Lukin had been a pro-Western liberal, none of these positions would have been viable. His previous appointments, on the other hand, reveal his close ties with Russia’s diplomatic elite. The fact that he has also received a medal from then Chinese President Hu Jintao for his “Outstanding Contribution to the Development of Sino-Russian Relations,” as well as a medal from the Shanghai Cooperation Organization on its 10th anniversary for his role in the SCO’s founding and development, makes this take even more interesting.

The fact that Russia’s geopolitical moves for quite a long time have been taking on the US challenge while finding ways to mitigate any strategic edge China gains that can hurt Moscow.

Putin taking diplomacy and geopolitics in China’s areas of interest

Vladimir Putin, Russia’s president, is a realist. He wants to re-establish Russia as a powerhouse. While many may scoff at this thought but Putin’s actions are even making them take his proposition seriously. Putin’s ability to revive Russian dominance in Central Asia, an area within Moscow’s favoured zone of influence, has been one of his greatest achievements. While China was trying to chip away the Central Asian countries, Russia has managed to secure the region. Now it has made another bold statement, that too vis-a-vis South China Sea.

Read more: Putin addresses the elephant in the room, openly talks about the South China Sea for the first time

Putin told CNBC’s Hadley Gamble at the Russian Energy Week conference in Moscow last Wednesday that Xi’s words implying the prospect of peaceful unification, as well as China’s “concept of statehood,” show there is no threat of armed conflict. Putin addressed difficult relations in the South China Sea, where Russia has attempted to maintain a neutral stance in the face of China’s long-standing and globally contested claim to broad swaths of neighbouring waterways. This statement is the first direct address that Putin has made on the South China Sea, by doing this, he has addressed the elephant in the room.

Russia’s top admirals are considering forming a new branch of the Navy to focus on the battle in the icy Arctic, where diminishing sea ice has provided merchant ships with unparalleled chances. “The subject of establishing the Russian Arctic Fleet as a new structure is being looked into,” a source told Moscow’s TASS, early this month. It would be a separate naval unit tasked with guaranteeing the safety of the Northern Sea Route and the Arctic coast, which are currently under the control of the Northern and Pacific Fleets.

This development has shattered China’s dreams of building an Arctic Nuclear Base. According to the anonymous official, the new detachment will be able to focus on the increasingly tense region, freeing up other forces to focus on their combat missions. It would be made up of ships transferred from other locations at first, but “in the future, it would be supplemented with ships and unique equipment for Arctic performance.”

In the long term, becoming a subordinate partner of China in Central Asia among other regions may be fundamentally repugnant to the Russian mindset and domestic nationalism. This region, after all, represents Russia’s great past as a superpower. The path s clear, and that is, to keep a critical eye on China, no matter the intensity of enmity with the USA.