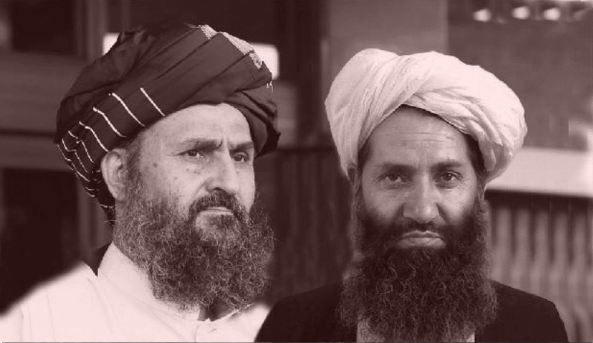 When the Taliban overran Afghanistan, radical Islamist regimes across the world like Pakistan started using the Taliban’s victory to legitimise the prevalence of ultra-orthodox Islamist groups over democratic regimes. The radical Islamist elements and far-left Western elements actually wanted to describe the Taliban’s victory as a precedent for justifying how an extremist group rooted in medieval and primitive practices could rule a modern nation.

However, a severe clash has broken out in the top brass of the Taliban, with several factions of the extremist Sunni group resorting to violence against each other. This really establishes that the Taliban possesses no state-craft and it is just a group of monkeys with Kalashnikovs. It really resembles a group of medieval era tribes that keep fighting each other in order to shore up their influence instead of functioning as a cohesive unit.

Why different Taliban factions are fighting with one another?

In the ongoing power struggle, the root issue is serious disagreements between the Haqqani and Baradar factions.

Baradar, who is himself a radical, wants to play a soft leader and appease the West. This is why he is indulging in propaganda about creating an “inclusive” cabinet including non-Taliban leaders and ethnic minorities.

On the other hand, the Haqqanis are unabashedly radical and go as far as publicly praising suicide terror attacks. In fact, Khalil Haqqani is himself on the United Nations sanctions list and has been linked to its military operations.

When it came to government formation, talks between the Baradar and Haqqani factions fell apart and the two groups simply clashed with each other. The Spectator reported that clashes in early September saw “furniture as well as large thermos flasks full of hot green thrown around”. At one point, Khalil Haqqani reportedly rose from his chair and started punching Baradar.

In the ongoing power struggle, the Haqqani faction is clearly winning. The Haqqanis are very close to the Pakistani security establishment and the Inter-services Intelligence, known as the ISI, which serves as Pakistan’s external intelligence agency. The Haqqanis actually take their name from the Darul Uloom Haqqania madrassa near Pakistan’s capital city of Islamabad.

So, ISI chief Faiz Hamid has put all his weight behind the Haqqanis in a bid to augment Pakistan’s influence in Afghanistan. Pakistan’s clear support to the Haqqanis has put Baradar and spiritual leader Haibatullah Akhundzada on the backfoot. In fact, The Spectator reported that Akhundzada’s whereabouts are not known. It further reported, “He has not been seen or heard from for some time, and there are many rumours that he is dead.”

Baradar too isn’t in a comfortable situation. He disappeared after the clash with Khalil Haqqani and resurfaced in Kandahar later. However, he was compelled to release a video message on the state-run TV network controlled by the Taliban. As per The Spectator, the message resembled a “hostage video”.

So, Akhundzada is dead and Baradar has been taken hostage, then it virtually means that the Taliban has fallen apart and the Haqqani Network seems to be in control of the things but only for the time being.

The internal dissension within the Taliban establishes that the extremist group isn’t here to stay. So, the Northern Resistance Front (NRF), which is waging a struggle against the Taliban from Panjshir or countries like Tajikistan, India and Russia that want to get rid of the extremist group do not need to do much. They just need to wait and watch as the Taliban debilitates itself and then pile further pressure on the group to tear it apart.

For China, the geopolitical consequences are rather serious. Beijing was betting heavily on the Taliban’s stronghold inside Afghanistan. It had even struck a deal with the Taliban- Beijing will give money to the Taliban and the Taliban won’t let the East Turkestan Islamic Movement, that is the ETIM, an Afghanistan-based militant group that aims to carve the Uyghur-majority Xinjiang region out of China and establish an independent East Turkestan.

China is now bound to realise that it isn’t prudent to invest in a terror group. The Taliban is itself getting disintegrated into several groups and losing control over Afghanistan. So, the deal between Beijing and Taliban leadership doesn’t really mean anything. With the Taliban getting embroiled in internal fights, the ETIM is likely to get a free pass and escalate an armed struggle against Chinese human rights violations in Xinjiang.

It therefore just took a little over a month for the Taliban to get exposed before the entire world. This is bound to reaffirm that the Taliban can never be a permanent ruler of Afghanistan.