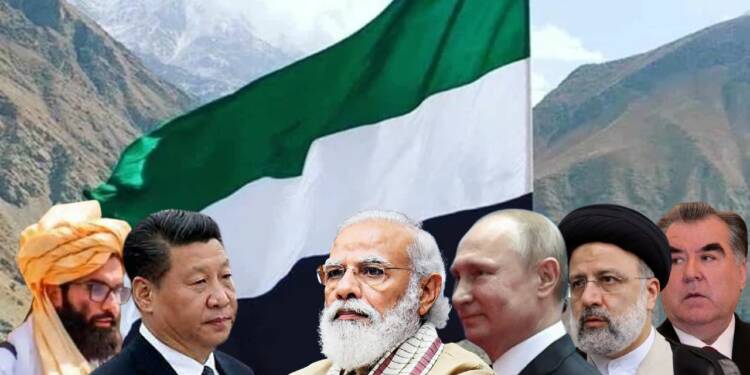 With the Taliban getting debilitated due to severe infighting within its top brass, the extremist group is all set to face the wrath of its biggest enemy – the Northern Alliance 2.0. India, Russia and Iran are rushing to Tajikistan, in what seems like an attempt to resurrect the coalition of anti-Taliban powers in Asia.

What is the Northern Alliance:

The Afghan Northern Alliance was a united military front that was formed in late 1996 after the Islamic Taliban took over Kabul. The United Front was assembled by key leaders of the toppled Islamic State of Afghanistan, particularly president Burhanuddin Rabbani and former Defense Minister Ahmad Shah Massoud.

The Northern Alliance fought a defensive war against the Pakistan-backed Taliban government. They received support from Russia, India, Tajikistan, Iran and others.

The Northern Alliance could now get revived again as the Taliban is once again in control of Afghanistan and the main sponsors of the resistance group – India, Russia, Tajikistan and Iran, are concerned with the Taliban’s resurgence.

The location of the SCO meeting on Afghanistan, where India, Russia, Tajikistan, and Iran are expected to discuss the prevailing situation in the war-torn country of Afghanistan is crucial.

Tajikistan, which borders Afghanistan, has a special interest in rescuing Afghanistan from the Taliban. Since Afghanistan is home to many Tajiks, who form the second largest ethnic group in Afghanistan next only to the Pashtuns, there is a lot of cultural affinity between the Afghan Tajiks and Tajikistan.

The Tajiks are not as radicalized as the Taliban, and in fact, they hate the extremist group due to its Pashtun supremacism.

In order to aid the Tajiks, Dushanbe has been getting actively involved. It recently awarded the country’s highest civilian honour to Ahmad Shah Massoud and former Afghan president Burhanuddin Rabbani. It may be noted that Massoud was known as the Lion of Panjshir and led the strongest resistance against the Taliban from his stronghold in the valley until he was assassinated two days before 9/11.

Moreover, recently there were reports of Tajikistan arming the Northern Resistance Front (NRF) which is fighting against the Taliban from Panjshir Valley. The NRF led by Ahmad Massoud and Amrullah Saleh was said to have received military equipment, weapons, and other supplies from Tajikistan. However, Tajikistan denied these reports.

India’s strict warning to the Taliban:

For India, the main concern is Pakistan’s close ties to the Taliban and the terrorist country’s attempts to use Afghan soil for destabilizing India. Pakistan is reportedly supporting the Haqqani Network amidst the ongoing struggle between the Haqqani, Baradar and Yaqub factions in the Taliban. Islamabad is trying to control the Taliban so that it can use the extremist group against India.

Meanwhile, China is also getting deeply involved with the Taliban. Beijing has its own interests to safeguard. The Afghanistan-based East Turkestan Islamic Movement (ETIM) threatens to fuel insurgency in China’s Xinjiang. So, China has decided to join hands with Pakistan and join the Taliban in order to keep Xinjiang free from ETIM and create a security situation for India and Russia instead. This China-Pakistan nexus is of particular concern to India.

However, New Delhi has issued a strict warning to the Taliban. India’s External Affairs Ministry spokesperson Arindam Bagchi said, “Our main concern, one of the primary, immediate concerns is that Afghan soil should not be used for anti-Indian activities or terrorism against India. That is one of our main issues.”

In any case, India would want to extinguish or at least considerably undermine the Taliban and restore peace and stability inside Afghanistan.

Why Russia wants to annihilate the Taliban:

In fact, Russia has been holding military drills with Central Asian countries like Uzbekistan and Tajikistan that abut Afghanistan. It is also looking to supply weapons to these countries so that they can take on the Taliban when push comes to shove.

For Russia, the Taliban is a security threat. Putin is worried about the possibility of a spillover of Taliban fighters posing as refugees into Russia via Central Asia and this is why he wants to annihilate the extremist group.

Iran’s problems with the Taliban run into the realm of religion. Iran is dominated by the Shia clergy, whereas the Taliban is a Sunni-extremist group. Iran is particularly concerned about the fate of minorities like Hazara Shias in Afghanistan who have been traditionally tormented by the Taliban fighters.

Iran even has its own militias, including the Fatemiyoun brigade that consists of Shia Afghan refugees in Iran and members of the Hazara Shia minority inside Afghanistan. With these militias, Tehran can inflict considerable damage on the Taliban.

The world might think that the Taliban is here to stay. But anti-Taliban powers are now all set to coalesce in Tajikistan and mount a fierce assault against the extremist group which might as well lead to its annihilation.